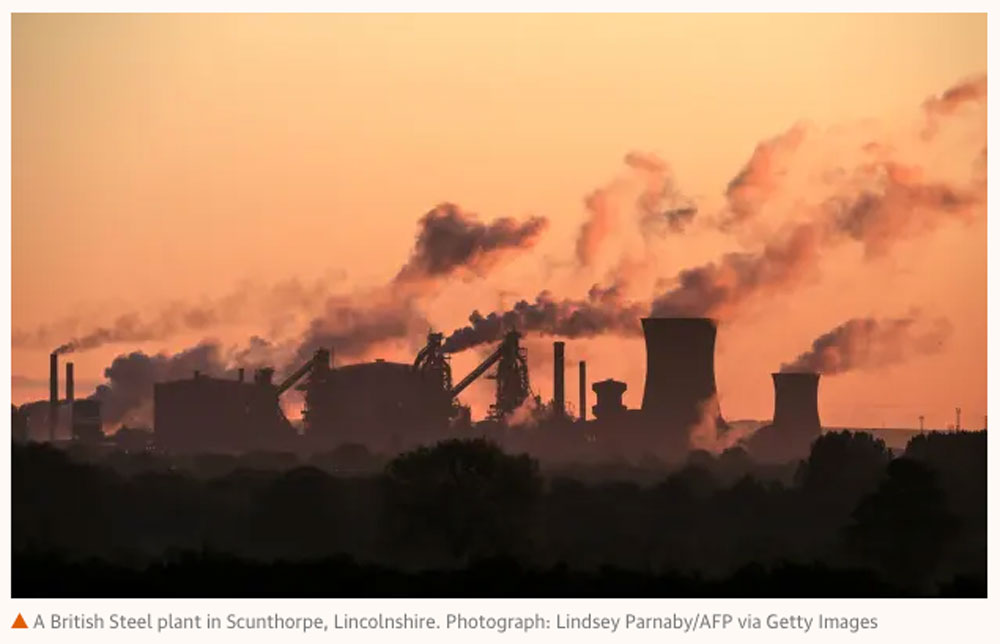 The humbug around the spin on taking actions on climate happens internationally, nationally and locally. END_OF_DOCUMENT_TOKEN_TO_BE_REPLACED

END_OF_DOCUMENT_TOKEN_TO_BE_REPLACED

A country run by dangerous idiots 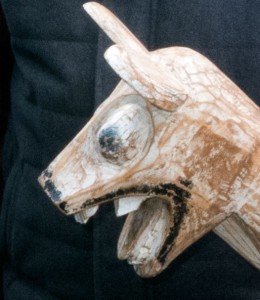 We are still being governed by idiots – who will see the country suffer now and into the future to appease their own interests and their mates in the coal industry.  The good news? They are guaranteed to be gone at the next federal elections. 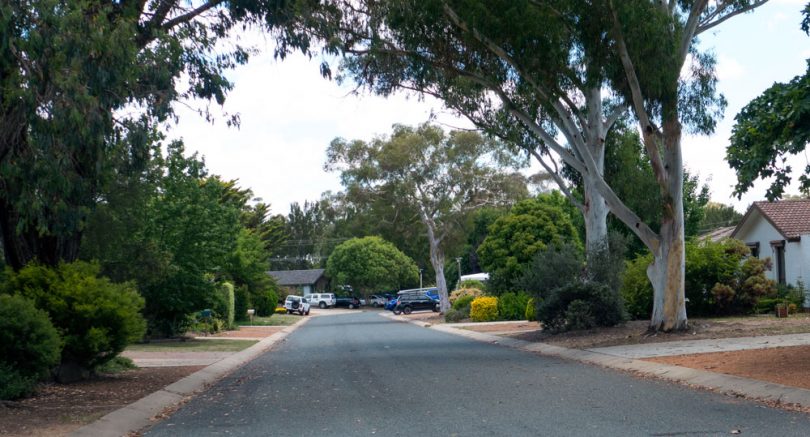 END_OF_DOCUMENT_TOKEN_TO_BE_REPLACED

we are being Turnbulled – over and over again. 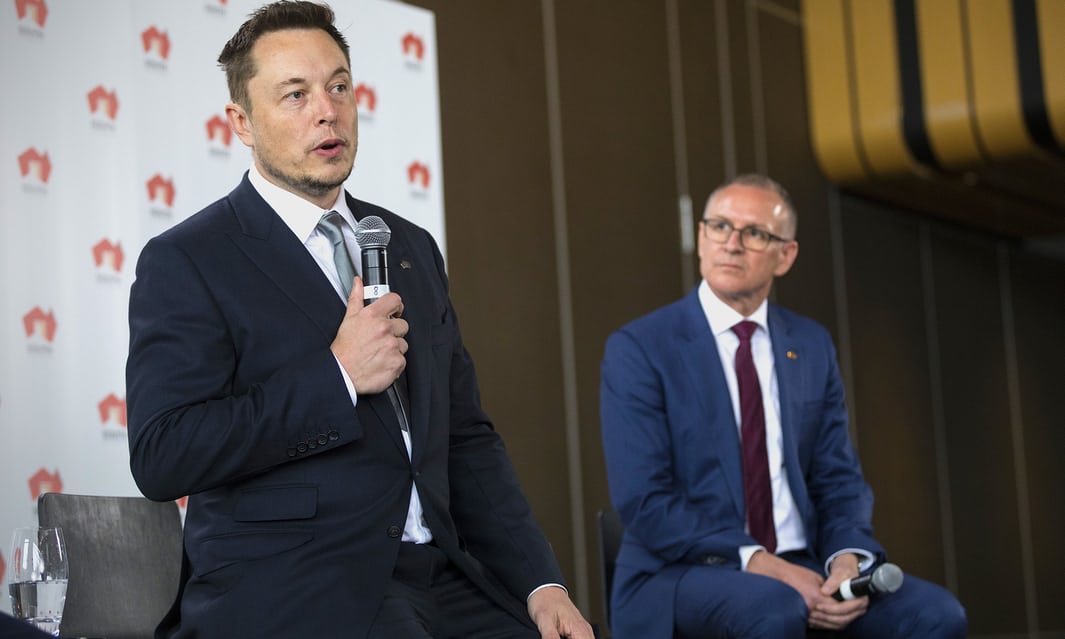 A good article summing up the state of politics, where truth is an option to be discarded.

END_OF_DOCUMENT_TOKEN_TO_BE_REPLACED 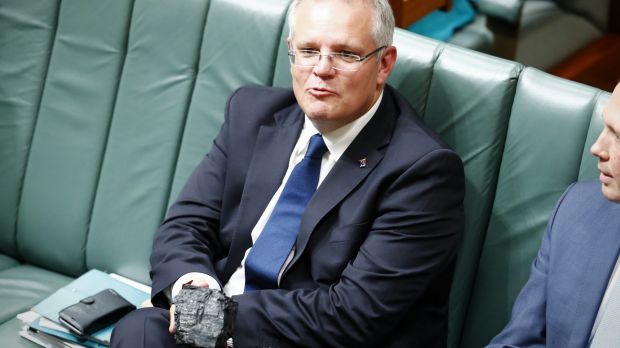 Very good article about how low Australian politicians have travelled – and their lies about the dangers of climate change. Click here.

END_OF_DOCUMENT_TOKEN_TO_BE_REPLACED

It is going to take a lot for people today to give up there cars.

END_OF_DOCUMENT_TOKEN_TO_BE_REPLACED 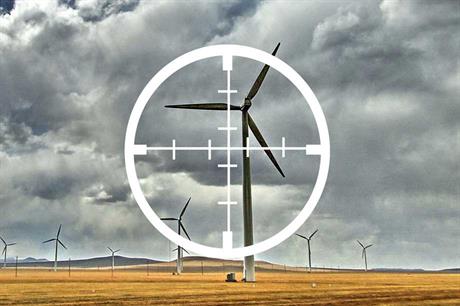 a sad story about how Turnbull and his Murdoch allies are doing their best to Turnbull (stuff up) the country’s advances with renewables. Click on the image above.

There’s many debates about lowering our use of cars.

END_OF_DOCUMENT_TOKEN_TO_BE_REPLACED

Again George has taken aim at one of the fictions of the modern economy. His article is headed: Consume more, conserve more: sorry, but we just can’t do both. Click here. 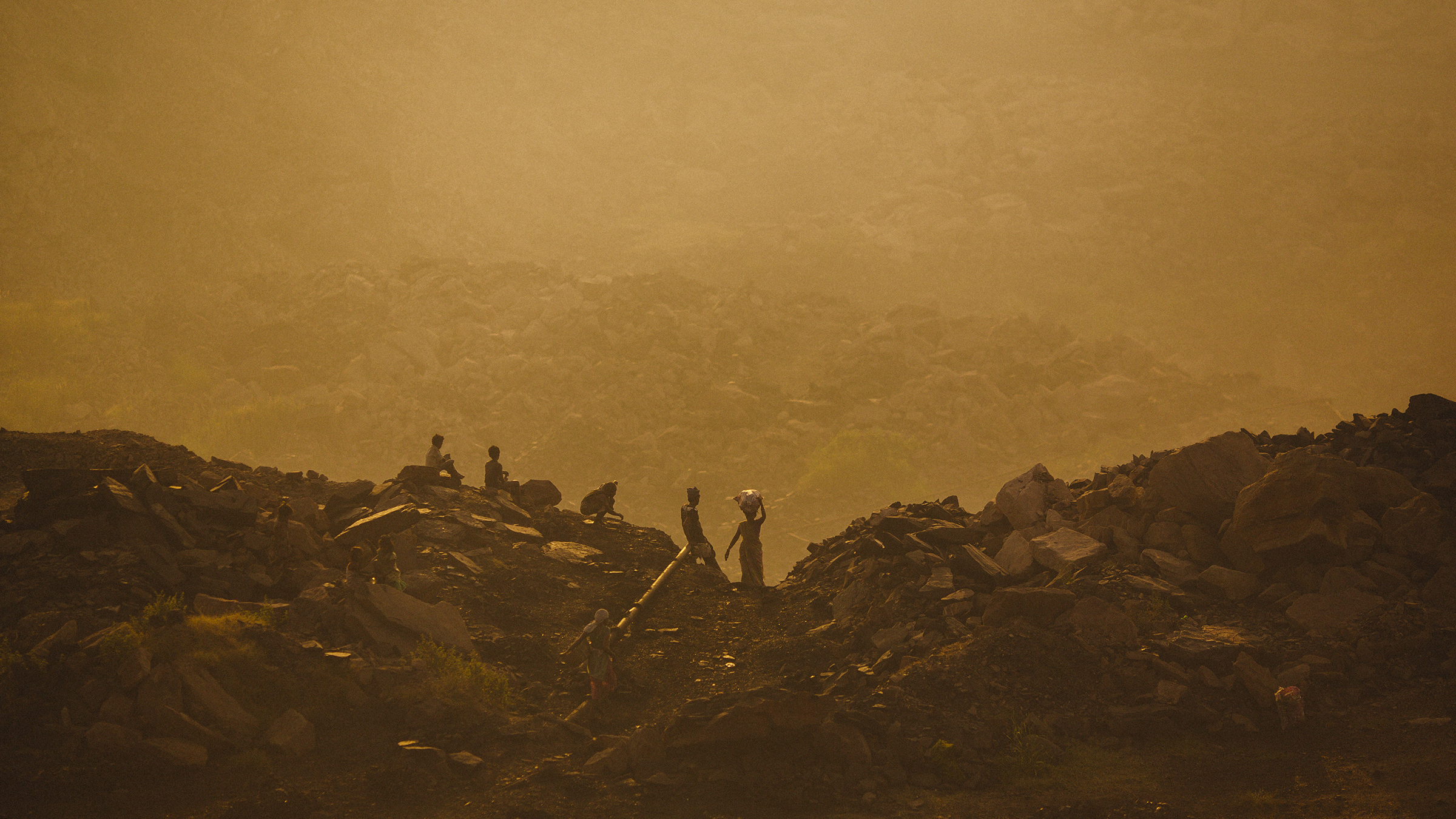 Article from Wired about India & energy – to go Big Coal or Big Solar? click on image

A couple of key articles online worth reading…

END_OF_DOCUMENT_TOKEN_TO_BE_REPLACED

scandal around the use of diesel in vehicles has been coming for years. There have been numerous articles recently about the research on what the dangers there are to the environment and to our health from having diesel vehicles on the roads.

END_OF_DOCUMENT_TOKEN_TO_BE_REPLACED 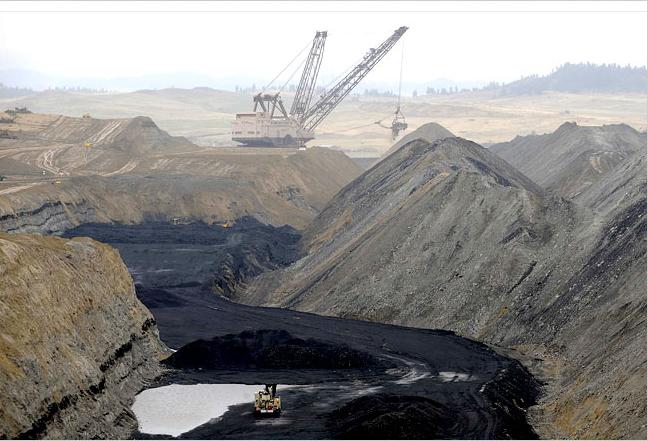 And now for something really silly – or maybe just naive.

END_OF_DOCUMENT_TOKEN_TO_BE_REPLACED 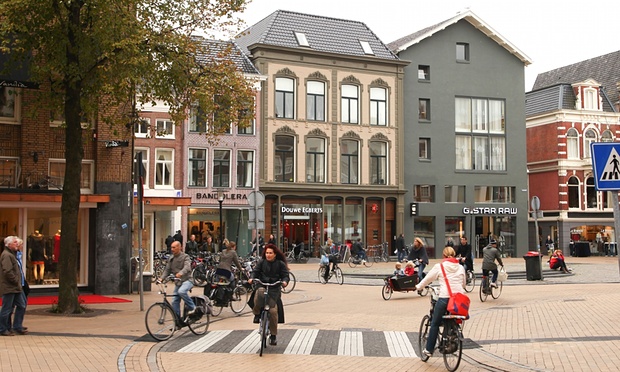 How many time have heard people (motorists) complain about any change to the traffic infrastructure to encourage more people to get on your bike.

END_OF_DOCUMENT_TOKEN_TO_BE_REPLACED

The US President has shown leadership on climate change. – click here.

END_OF_DOCUMENT_TOKEN_TO_BE_REPLACED 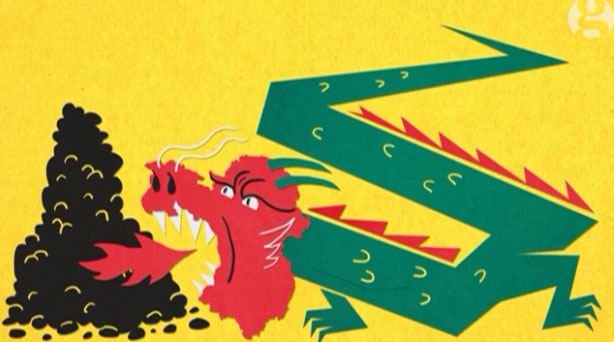 The Australian governments have consistently hidden behind the argument that Australia cannot cut back on its emissions because it would be of no effect given the amount of carbon emissions being pumped out by China.

END_OF_DOCUMENT_TOKEN_TO_BE_REPLACED

With reports about the coming of much improved batteries by which households will be able to store their solar power, the concept of whole suburbs going off the grid is starting to be discussed.

END_OF_DOCUMENT_TOKEN_TO_BE_REPLACED

Comment: there’s hope yet on how to hinder big coal.

Many national governments, including Australia, persist in allowing Big Coal to influence its environmental and energy policies. However there is hope as a world-wide trend continues as corporations start to divest themselves of investments in the Big Coal companies.

END_OF_DOCUMENT_TOKEN_TO_BE_REPLACED 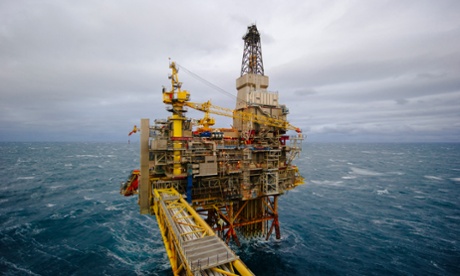 In Australia the government has completely messed up any opportunity to gain long-term economic sustainability for the country. We have just witnessed the current government do a dirty deal with another party led by a mining millionaire to do away with an opportunity for a just tax on the miners.

END_OF_DOCUMENT_TOKEN_TO_BE_REPLACED

How those carbon offsets can do more environmental harm than good

Yet again there’s a nice piece on The Conversation about how we need to be far more serious about carbon. It also points towards the use of Green-Wash by corporations to allow them to continue with business as usual. The author, Sharon Beder, says  “Carbon offsets are a greenwashing mechanism that enables individuals to buy themselves green credentials without actually changing their consumption habits, and nations to avoid the more difficult structural and regulatory change necessary to prevent further global warming.” I could not agree more and could name some very dubious lobby groups that are assisting in the processes of green washing by corporations and developers.

click on the image for more. and please let us know of others.

From the Ministry of Energy

Ontario is now the first jurisdiction in North America to fully eliminate coal as a source of electricity generation.

Operated by Ontario Power Generation, Thunder Bay Generating Station was the oldest coal-fired station in the province. The plant is scheduled to be converted to burn advanced biomass, a renewable fuel source.

END_OF_DOCUMENT_TOKEN_TO_BE_REPLACED

The State of the Debate on Climate Change:

At a conference organized by the National Council on Science and the Environment (NCSE) in Washington, D.C., Diana Ürge-Vorsatz, director of the Center for Climate Change and Sustainable Energy Policy at Central European University, said “spreading today’s best building practices could hold energy costs steady,” but the big question is “how to get the public and private sectors to work together to make transformational change.”

The session then outlined some more problems limiting action on climate change, and the transformational solutions needed to solve them. Interestingly one of the problems first identified was to do with higher education. Another was the decision making processes. There were others such as water and energy wisdom. See the report on this session on The Dirt (ASLA) – click here

Developed by the American Society of Landscape Architects, this presentation should assist anyone with their advocacy for Revitalizing Cities with Parks. In these times of reactionary governments and tight budgets, it is important to maintain efforts to introduce the simple idea to create more parks.

END_OF_DOCUMENT_TOKEN_TO_BE_REPLACED

Developed by the American Society of Landscape Architects, this presentation will assist advocacy for more resource allocation for urban forests. Governments need to deal with climate change in the urban areas, and dealing with urban forests is a good place to concentrate some resources. The urban forest issues are linked to the population’s health and wellbeing and avoiding heat island effects.

END_OF_DOCUMENT_TOKEN_TO_BE_REPLACED

Big Coal and the truth

Couple of articles about Big Coal and its attitude to the truth:

When Barack Obama first ran for president, being green was so popular that oil companies like Chevron were boasting about their commitment to renewable energy, and his Republican opponent, John McCain, supported action on global warming.

As Mr. Obama seeks re-election, that world is a distant memory. Some of the mightiest players in the oil, gas and coal industries are financing an aggressive effort to defeat him, or at least press him to adopt policies that are friendlier to fossil fuels. And the president’s former allies in promoting wind and solar power and caps on greenhouse gases? They are disenchanted and sitting on their wallets.

more from the original NY Times – hopefully the link is working

END_OF_DOCUMENT_TOKEN_TO_BE_REPLACED

Reporting on research being undertaken

You are urged to ‘watch this space’ for research and reports by scientists who have been carrying out research on Urbanism, Climate Adaptation and Health. To quote from their website:

Safeguarding future health in Australian cities, The CSIRO Climate Adaptation Flagship has funded scientists and researchers from a range of disciplines to develop adaptation strategies which will improve the health of urban populations in the face of a variable and changing climate.

The Urbanism, Climate Adaptation and Health Cluster was established in 2010 and officially launched in March 2011 at a Conference in Cairns, bringing together nine different partner organisations focusing on 7 major research projects.

END_OF_DOCUMENT_TOKEN_TO_BE_REPLACED

(Taken from a media release)

The Productivity Commission this week released a staff working paper that examines methods available for assessing costs and benefits for environmental values. 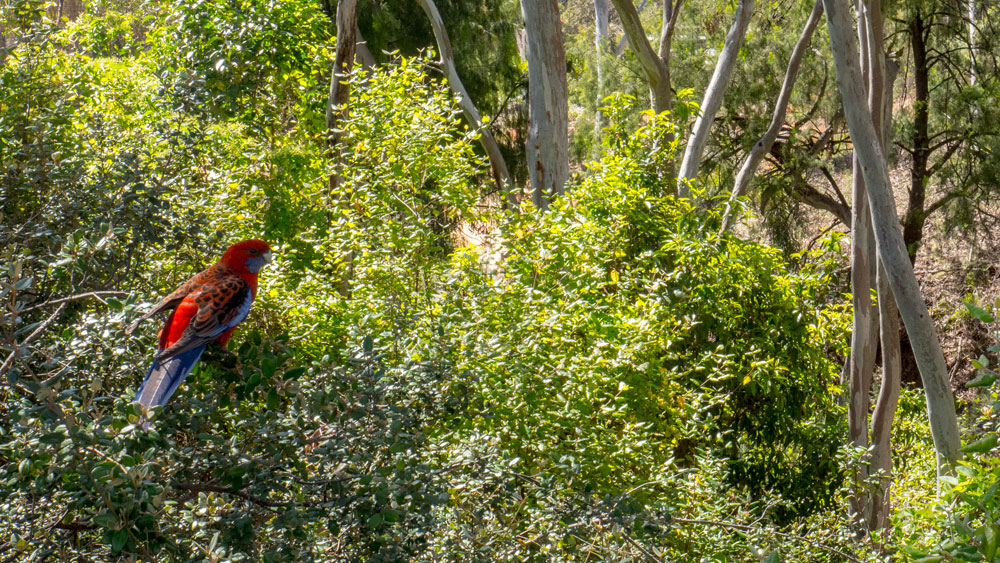 END_OF_DOCUMENT_TOKEN_TO_BE_REPLACED

Electricity costs when all the air conditioners run at once

re-post from the ABC

The link below takes you to an article by the ABC. While you’re sweating it out, you’re paying for your neighbour’s air-conditioning to be running. How? It’s because the electricity market in Australia needs changing. CSIRO published a post yesterday about some demand management ideas that have been given a run. It includes an idea they call ‘cost reflective pricing’, which is also known as ‘time of use pricing’ or ‘flexible pricing’. In essence, your electricity company charges you more for electricity at peak times of demand, thereby encouraging you to save your energy-intensive activities for a cheaper time of day. Some energy retailers in Australia offer such a service, but it tends to be something that customers need to ring up and request, rather than being automatic read electricity and air conditioners on the ABC article here and through the link to the CSIRO post on electricity and air conditioners

Re-Posted from The Conversation

How will your energy get greener? Depends where you live, Peter Newman and Peter Newton

In Australia’s middle and outer suburbs, rooftop solar power technology provides a clear way to reduce the emissions from the energy our houses use. But higher density housing types (apartments and medium density housing) do not lend themselves to rooftop solar power at the scale needed to make a difference to household energy and carbon budgets. So how will those people living in inner suburbs make the change to lower-carbon energy? We believe the urban fabric will shape the transition to low carbon futures in both transport fuel and renewable energy (see Figure 1 below). The approach we suggest makes a distinction between relatively easy technological changes and more difficult structural changes. Read the article here