This exchange of money is about meeting the casino license conditions. This cash outlay will mean a lot to the recipient arts organisations but will mean nothing to Packer. It is a cheap price to for him to pay. Anyone for a discuss on ethics and compliance?

Way back in the dim distant past, when I used to perform as the Artistic Director for an access print workshop (early Megalo), the arts were very much part of political debates. We at Megalo used to produce our own and assist others with all sorts of political, arts and social commentary posters. It was what we did and what everyone expected of us.

Megalo was at various times in receipt of arts and other funding from local and Commonwealth sources. At no time was it an issue that we were participating in questioning anything and everything, including the Commonwealth and local governments.

Once or twice we had the opportunity for funds from other sources. We did not follow these up as there would have been some strings attached. This action in knocking back particular sources of monetary assistance was nothing special at the time.

I now look around and do not see much in the way of open criticisms of government programs by arts groups who are in receipt of government funding. I could be drawing an incorrect conclusion here. It could be that contemporary arts groups are more reflective of the current trends in society whereby very few voice open criticisms or alternate views.

However, I do speculate on what would happen if arts groups did publish more oppositional voices to the current national government. I suspect that they are already self censoring, so the question may not be one they have to consider.  I very much suspect that if they were to become vocal that in a not so subtle way these groups would receive a message that their funding may soon be under more than the usual scrutiny. 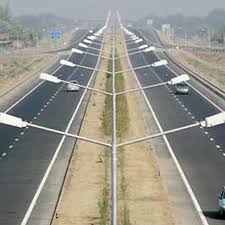 Professional associations tap into all sorts of support from sponsors and partners. Look at any significant conferences, awards events and sometimes just day-to-day programs and you will see a string of logos indicating some sort of financial support. Many will be suppliers who want access to the members through the relevant institution.

This is fine for most of the time. But what happens if a particular supplier, who is a sponsor, is involved with the supply of questionable items or something that is simply a dud.  I suggest that the institute and its members would be unable to speak out as this would compromise the agreements in place over sponsorship.

These institutes get involved with advocacy that at time means they are trying to influence the government both locally and nationally. At times this has meant that they have had to make statements publicly criticizing particular government initiatives.

Some professional institutes take any available sponsorship from government agencies who are also the clients for their members. What then when an agency, often called something such as The Blah Urban Development Authority, or the Blah Transport Authority, decides to do something questionable (as they frequently do). Do we see the institutes take a public stand when it involves a sponsoring agency or do they remain muffled as any comment may jeopardise their sponsorship programs? I suggest the latter is more the case in today’s conservative political climate. Oh for the days of real political activism! 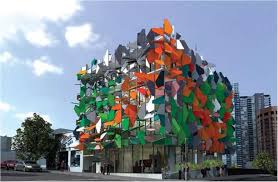 The worst forms of compromised advocacy that I have heard discussed in recent years would be all the linkages and public rhetoric associated with the Green Building Council of Australia. It is often commented that the statements and policies they release, are formulated to not offend the property industry, in particular the Property Council and their partners, being major property developers, major engineering, planning  and architectural firms.

Many of these ‘partners’ will adopt the position of the Green Building Council on issues and back their rating systems for buildings. The amazing thing is that it is obvious to anyone with any common sense and concern for future generations (maybe in short supply these days) that the rating systems of the Green Building Council just may be designed to favour the short-term economic agendas of property industry.

This green star rating system is spoken of as being superficial and not promulgated for the long-term benefit of our environment, and therefore the community at large, or our future generations, or the planet.

Which bring me right back to developers, in this case, Kerry Packer and the agencies involved, and the link to arts funding and buying the silence of arts organisations to benefit the construction of a money machine for our billionaire, called a casino.

Money definitely counts. Moral issues are to be compromised. Political parties in Australia are rapidly descending to the operational levels of their counterparts in the USA.

Today too many people find it necessary to remain silent. Too many are not comfortable in their own skin and do anything to ensure their words and actions conform and are acceptable to what they perceive to be the majority (whoever they are).

There are two books more or less related to this topic – Jonathan Green wrote about how the politics has failed us in his book, The Year My Politics Broke.

The other is by Andrew Leigh (my local Federal member, and maybe one day, Prime Minister), who wrote about the divide in our society: Battlers and Billionaires.

I have also just seen, but yet to properly consume, a good presentation by the writer of The Wire and Treme, David Simon. He states that ‘There are now two Americas. My country is a horror show‘.