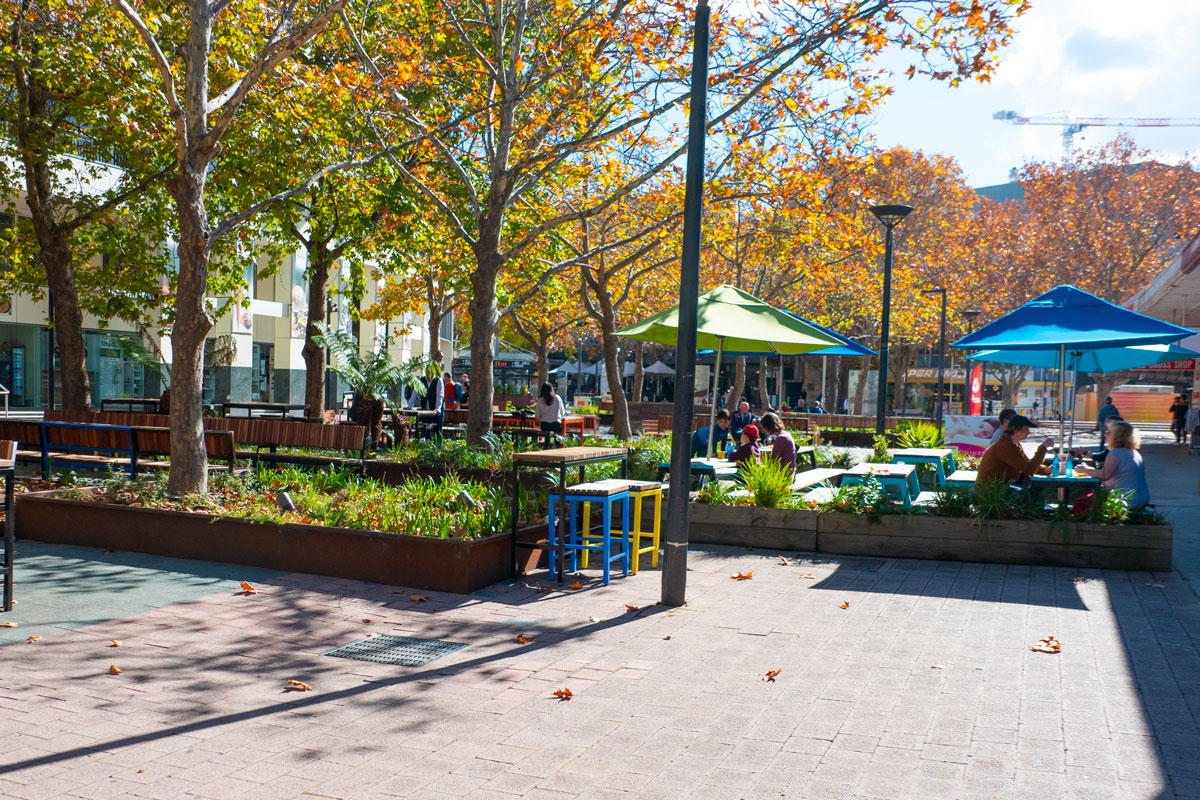 Someone in the ACT planning Directorate thought it was a great idea to get their planning minister to launch yet another round of consultations on the future of Civic and the surrounding areas – on the 4th December last year.

The rushed announcement ensured it was out there before Christmas. Unfortunately, it was confused with other consultations underway such as the complex stuff around the planning reforms, draft planning bills and draft precinct plans and other stuff consuming residents time and energy in the vain hope that something will improve.

The timing of that announcement made sure that few noticed it and even less would have downloaded the 207 plus pages of documentation to read it over the Christmas New Year break.

The main 154-page documentation is titled Canberra City Centre Urban Design Framework, which sort of hints as to what it is about. The other 45-page document is the draft City Plan.

Before anyone in Woden, Gungahlin, Belconnen or Tuggeranong gets excited and hopes that maybe they are part of the city planning and that maybe someone is going pay attention to their major centre, no – this is more of the same being about Civic and its immediate surrounds – again.

Three documents have been published by the ACT Planning Directorate rather than the City Renewal Authority, the latter on paper at least having responsibility for Civic and its immediate surrounds.

Most likely the directorate’s planners have carved out Civic for special planning as one part of the inner north precinct plan that is now out for consultation till early March.

But why call it a City Plan when it is not – it is about Civic as the Centre of the City. Most likely the term City is being used so that the West Basin developments (not in Civic but in Acton) and the tram going to Commonwealth Bridge can be included. That is, this is more about the real Barr Rattenbury priorities rather than real city planning or urban design.

If as outlined, the West Basin suburban development becomes another inner north commercial, retail and residential precinct, then for the foreseeable future this new hub will draw people away from the Civic central areas and hinder commercial and other activities from recovering within the Civic precinct. Makes sense to someone I suppose, but it is not good city planning.

As for the two documents mentioned above plus the eight-page summary, there’s a load of generalisation and a lot of space taken up with the sort of stuff found in urban design coursework. There are the usual charts, pretty pictures plus details about the area as if those reading this are not familiar with Civic and the issues that have plagued it for several decades. Most of the issues originate from the decision to build a big box mall and that this has subsequently succeeded in sucking away the commercial activities from the open plazas.

Anyone who cares for the future of the centre of the city has probably responded to the many calls for ideas that pop up every couple of years. With so much going on I suggest that not many will bother this time around. This will provide the bureaucratic development agencies within government to do what they do – enable developers to do whatever they wish no matter how horrible.

Missing from all the bureaucratic generalised description of what urban design, placemaking and street design could be about, there was no real passion or urban design vision for a city centre focussed on people and commercial activities. The documents are a hard read and a struggle to get your head around just what they hope to achieve.

This is really brought home by the timeline that ends in mid 2023 with a ‘Listening Report’. That’s it! No hint of what may follow besides a report to be announced and then shelved. 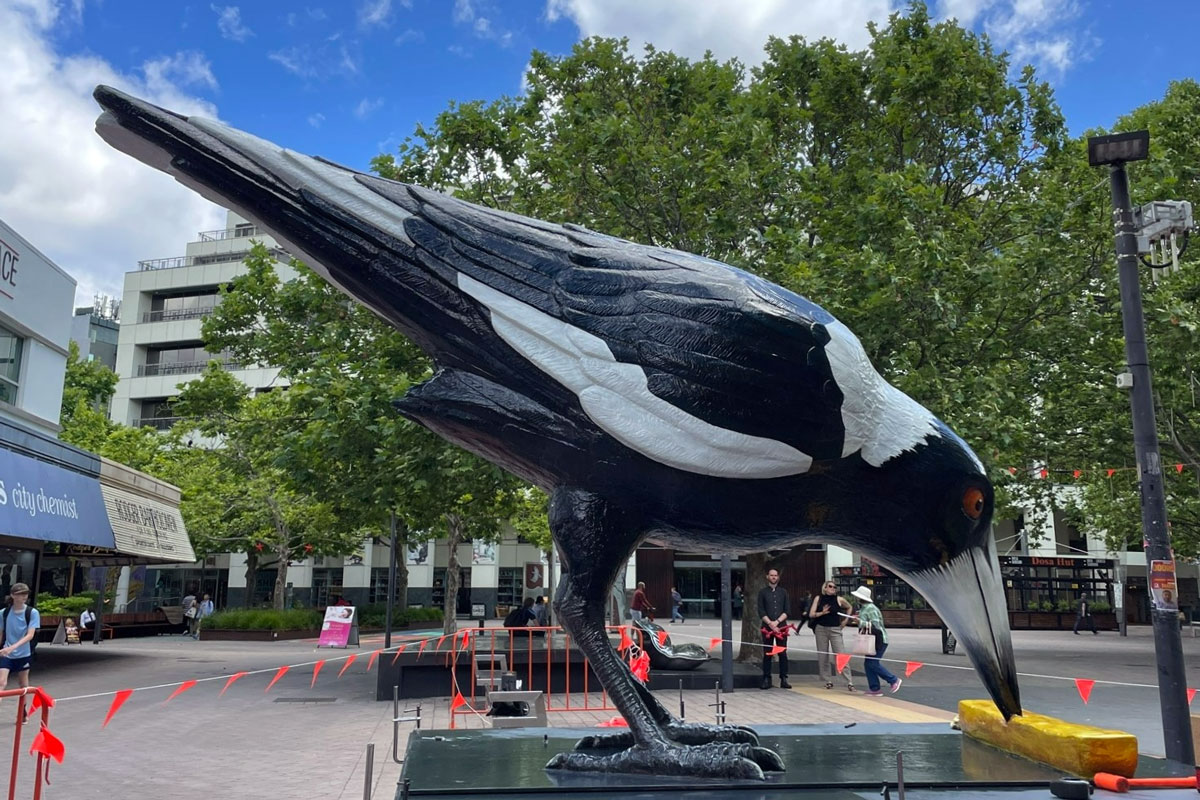 The main areas of Civic have some good bits and pieces and the occasional good artworks – enter the new artwork – The Big Swoop magpie! But overall it remains unfocussed in need of an experienced set of urban design artistic hands to guide it. We have had enough of the pop-ups and money consuming distractions that have been the norm for the last decade or more.

It is time for a new artistic leader to be resourced and empowered to bring about a serious change to the open areas within Civic and this to be matched by the government putting the owners of the buildings on notice that they need to smarten up the profile of their frontages.

There’s another announcement about the City Centre  consultation on 1st February. Best of luck with that!