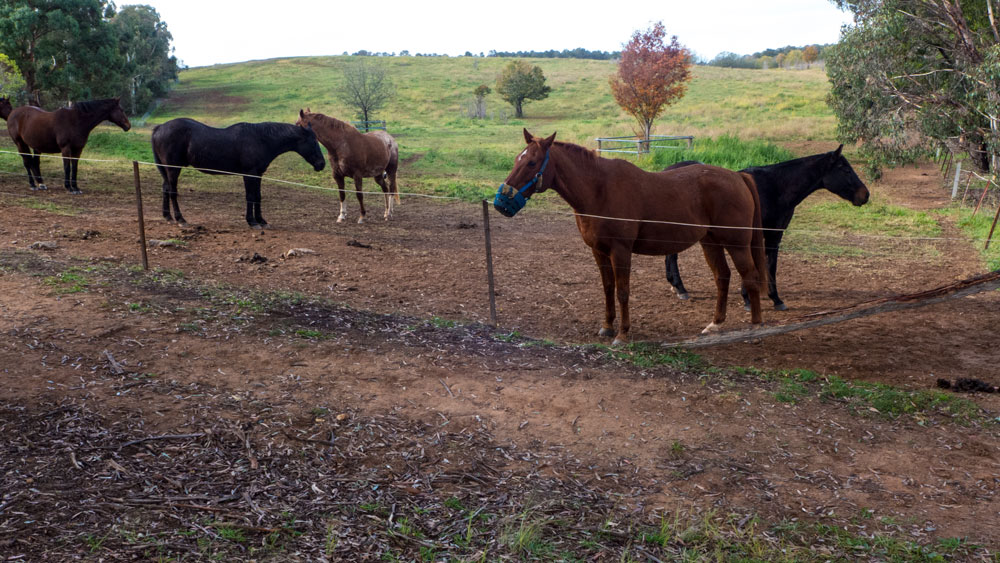 Alternative facts are being used to deny the ramifications on a national asset and on the lives of Canberra’s active equestrian communities as the public wakes up to the ACT government’s secret land swap with the NCA.

The dreadful land swap will see the ACT government trade the North Curtin equestrian paddocks for part of the lake in West Basin.

This secret deal was conjured up by the ACT government with the National Capital Authority (NCA) and the North Curtin horse owners are the unacknowledged detritus in yet another of the nasty ACT government’s development deals.

In 1962, following more than a decade of advocacy, the government agreed with Walter Eddison to establish equestrian parks in Canberra. This was the same Walter Eddison, World War I Light Horseman, who served at Gallipoli and the Somme. He lost three sons in World War II and his property became the basis for Woden.

There’s now a park in Woden, Eddison Park, to honour this family. Were the NCA and CRA boards aware of this crushing blow to the hard work of this honoured Canberran and his family when they signed up to this horrible deal?

The North Curtin equestrian parks were first located on land that was eventually given over to the nearby golf club. The new site, on the southern side of the Cotter Road in North Curtin, was originally not in good shape. It had little vegetation and was often used for dumping rubbish.

This changed through the dedicated work by locals and a Landcare group. They planned, planted and created shelterbelts and wildlife corridors to deliver better managed land for native birds and animals. Besides the equestrian communities, these green spaces are used for recreation by the nearby residents.

In 2014 a memorandum of understanding about access to the North Curtin paddocks was signed between the ACT government and the equestrian association.

When the association recently questioned the Planning Minister’s office about this, the response was a denial of responsibility despite the agreement having been with the Chief Minister’s Directorate and signed by Minister Shane Rattenbury.

In 2013 the Yarralumla Residents Association fought off the NCA’s proposal to allocate lakeside land for embassies. That advocacy included research illustrating that the NCA was not making use of the land already available to it. Many sites were not being taken up by the designated embassies.

This mismanagement continues. Instead the NCA has been foolishly convinced to agree to a questionable deal to allow the ACT government a slice of the West Basin waters.

There are better options for allocating land for embassies. The lazy thinking has led the NCA into the worst option for anyone who believes in community values, in the care of green spaces and respects the equestrian community’s right to have previously hard-won access to these paddocks.

This land deal has dragged the NCA into a place where deeds are done that brush aside people’s concerns for lifestyle, sustainability and heritage.

The research available on why cities need to enhance their green spaces is enormous. Cities are working hard to increase their greenery and this has been a wake-up call during the virus lockdown.

But apparently not for the fault-ridden NCA and act government. They have doubled their greenery destruction by doing away with the West Basin parklands and by doing a deal to have the NCA bulldoze the North Curtin green spaces. What a collective achievement!

The proposal to rip away these horse paddocks from the equestrian community is bureaucratic foul play. Canberrans need to understand that this is being done in their name. Residents need to remember who is responsible for such horrible actions and to make their displeasure known at the polling booths in October.