while more trees come down!

This document was supposed to convince voters that her government takes such matters seriously. It was a draft action plan.

This draft is like so many of the plans, strategies and policies announced by this ACT coalition government. It is full of useful words such as guidance, investigating, reviewing, revising, data, developing policy, making reports, more reports, more policy, encouraging, seeking, linking, negotiating, facilitating, considering, evaluating, more considerations, and even more reviews.

Expect there to be many meetings, workshops, briefings, morning teas and paid consultants. But will there be any more trees?

The ACT Environment Minister should stop thinking that “taking action” means publishing loads of worthy words. It is time to do something real.

This government is failing when it comes to enhancing and maintaining the complexities of the tree canopy, the biodiversity and the green infrastructure of this city.

The picture at the top is of a block in Dickson that has just been cleared by Housing ACT. This is an arm of the Labor/Greens government that is supposed to be delivering against the announced policies on greenery, tree canopy and mature trees. 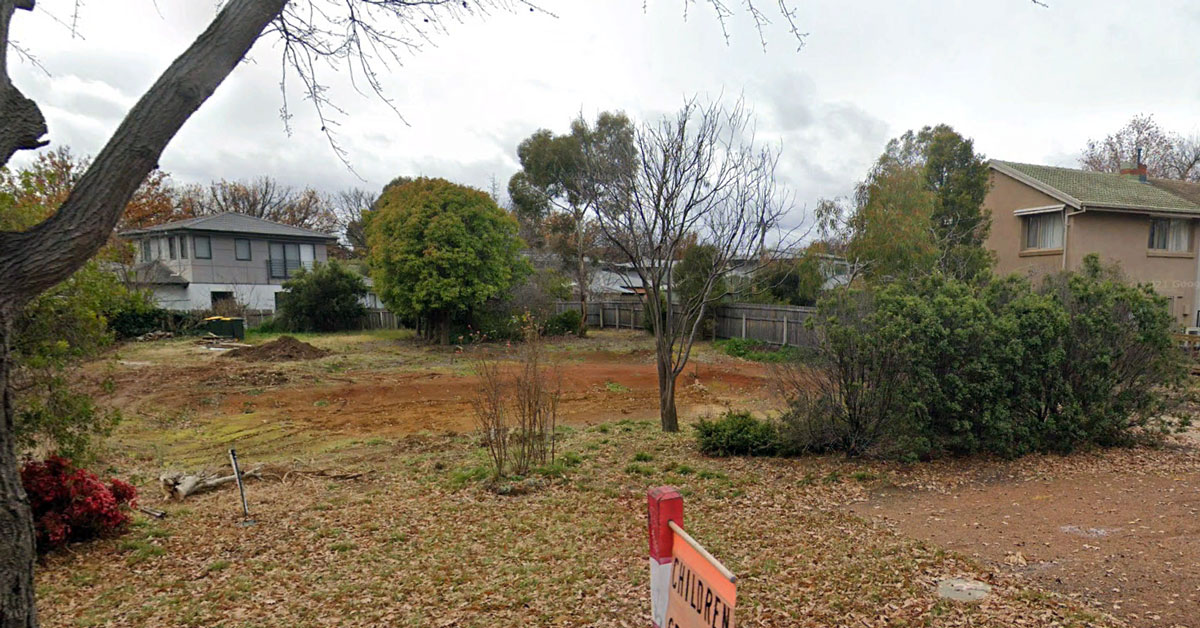 The picture above is what was there after the building was removed. Housing ACT bulldozed the lot. Is this what the  Environment Minister endorses as being an action plan? 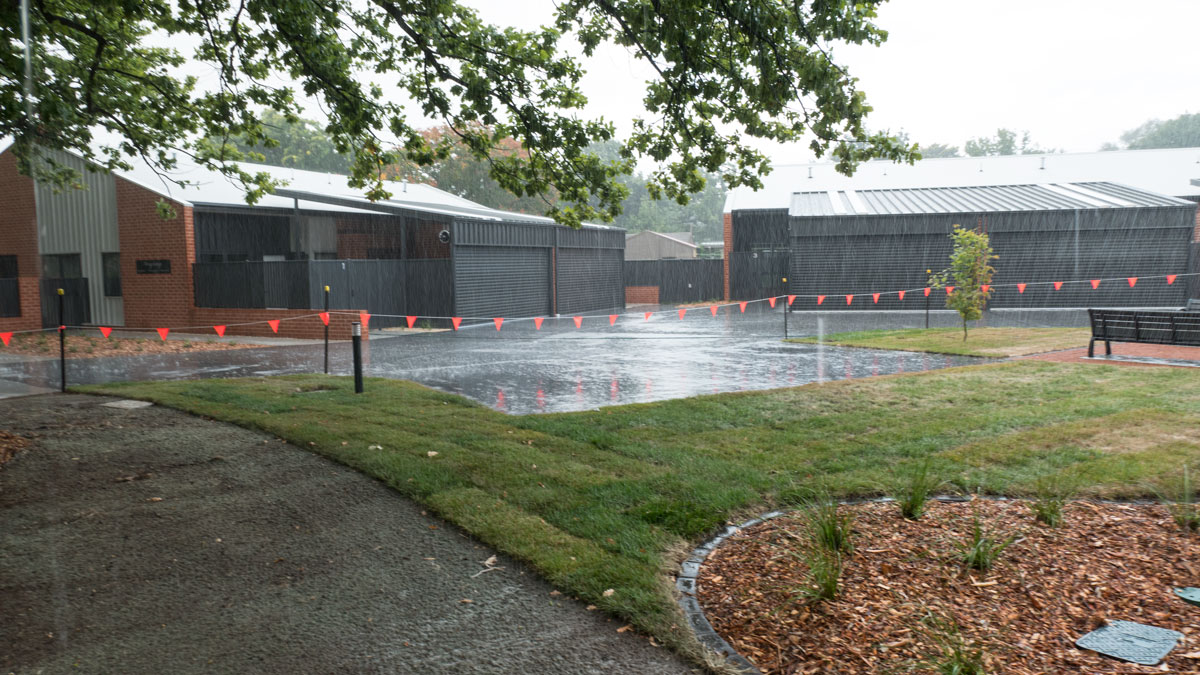 While the buildings are of an acceptable design (if you like that institutional look), the landscape is mostly hard surfaces. The announced government draft policies state that developments should have permeable surfaces.

There is not a lot of greenery on this site. What would be the percentage tree canopy cover? Not much above zero!

Then there were those amazing plans by Housing ACT for another site in Dickson where the street tree was about it for greenery. It remains a world-class heat island in the making.

But wait, there may be more of this to come very soon. 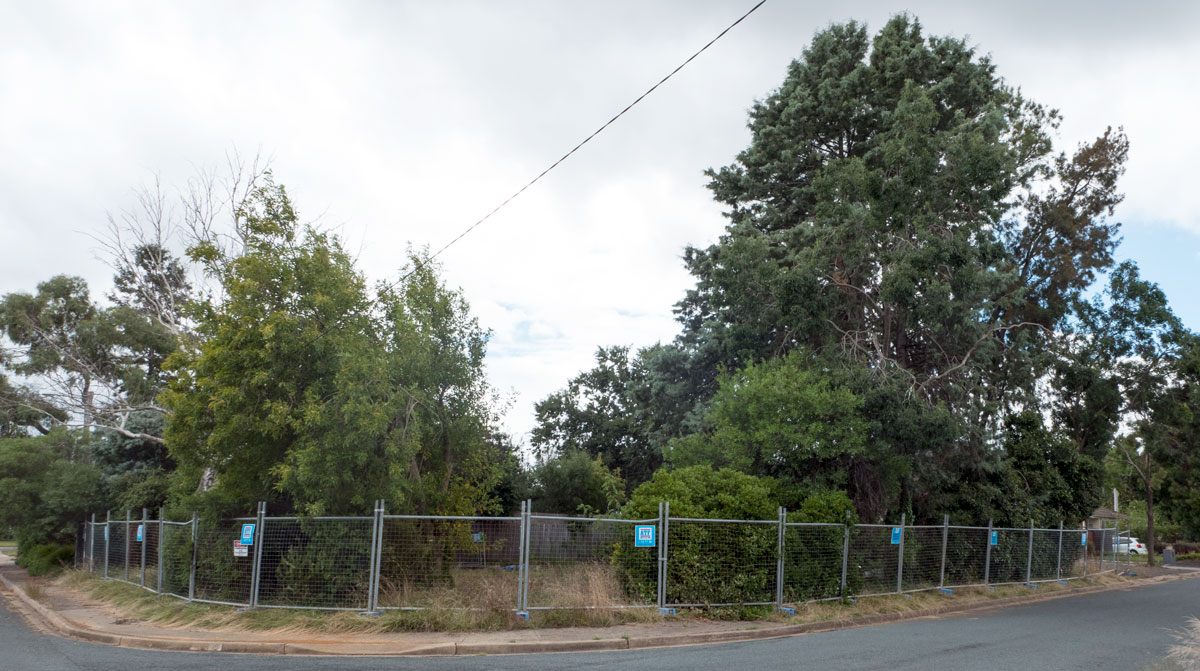 The above is a photograph of another site in Dickson that has had the Mr Fluffy house removed. As yet, the generous greenery and magnificent trees have been left alone.

Housing ACT is about to start work on this site and has already signalled that at least one of the mature trees must go. Neighbours are fully expecting most of the shrubbery to be bulldozed.

The above horror stories are matched with many others throughout Canberra. Blocks are being cleared, huge houses occupy most of the site with little room for gardens and outdoor spaces and the suburban tree canopy, green infrastructure and biodiversity is being reduced

This is what the ACT Greens in government are delivering through Housing ACT. This is their real action plan. This is their version of “Building the Better Normal”.

The Environment Minister should stop making announcements. She needs to get real and take action on how her own government is failing to deliver on climate change issues within its own urban development programs.

This piece has focused on greenery and trees around Housing ACT residences. So much more could be said about the lack of solar and the lack of double glazing in these 21st century homes.