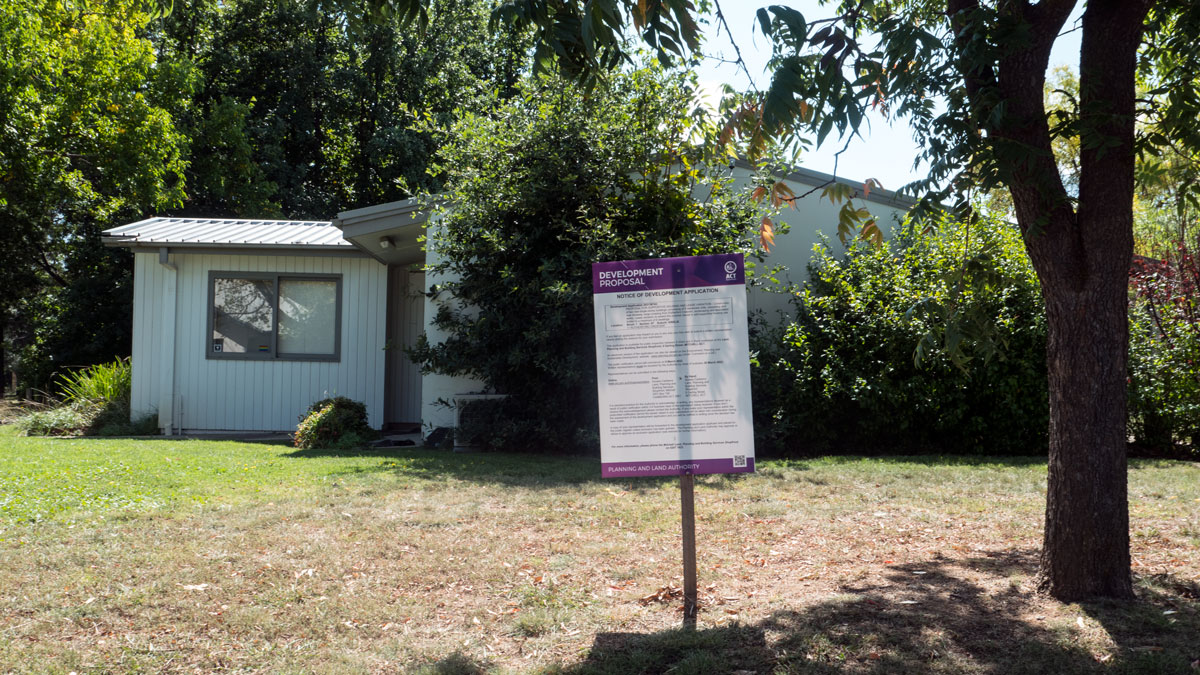 The ACT government’s planning system and processes are no longer fit for purpose. They have been corrupted by ad hoc, ill-informed and illogical decisions.

Today the Planning Directorate functions as a property development unit.

The directorate is known for its laissez-faire approach to development. Whatever the developers put up for consideration, provided enough meaningless boxes are ticked, travels over the desks of those nominated as the planning authority for that day. Checking against the planning rules is regarded as an archaic process.

Residents have unpleasant experiences with the ACT government’s dodgy approach to development.

The most recent being the experience of Ainslie residents dealing with Canberra’s YWCA and its applications to build units on the corner attached to Bill Pye Park.

This is also a case of residents getting between a very generously funded corporatised organisation and a bucket of money.

Another layer of the residents’ experience has been to observe how compliant the Planning Directorate is to the wishes of YWCA Canberra as a developer chasing yields.

When the development application (DA) was approved, residents identified that rules were ignored. An appeal to the Appeals Tribunal was successful with a list of reasons given why the development failed. The outcome was obvious, that the chief planner, being the ACT’s planning authority, had failed to assess the development against the rules.

Then things got really dodgy! Rules were varied that suited this development. Apparently, large trees will no longer hinder solar with their shadows, even if the developer builds next to them.

Another DA appeared in February with minor amendments. Residents saw that it still had planning issues including being poorly designed and inappropriate for this site. Why didn’t the Planning Directorate knock back this new faulty DA?

A public campaign was launched by the YWCA against the residents along the lines that they were denying housing for disadvantaged people.

Having heaps more housing for the disadvantaged is exactly what the locals want the government to do. However, in this case the developers and the ACT government want to remove trees and demolish the former community facilities (there go the trees again). Residents would much rather have the facilities revamped for wider community use and for them to be again integrated with Bill Pye Park.

Anyone who has sat in Bill Pye Park for an hour or two, observed children playing, parents calling by to sit with their children, and the occasional groups playing in their special spots (fairy circles) under the trees – would understand what a special place this park is to this neighbourhood.

Instead, the YWCA’s approach has been a not-very-nice campaign of selected disinformation about the aspirations and actions of these peaceful residents.

This tension between the YWCA and residents is happening because of the government’s lack of good social policy, urban design and master plans.

The ACT Labor/Greens government have morphed the Planning Directorate to be about development and profits and less about the people who live here. The ACT Greens’ new normal is inappropriate developments, a lack of planning, little about affordable housing, underfunded social housing programs and other rubbish practices. Most of their energy goes on misinformation and spin that fails to communicate anything genuine.

Surely someone in this government or its bureaucracy can identify with how Ainslie residents value their cherished Bill Pye Park and why they wish to restore the buildings to being available for wider community use – possibly for childcare and as general-purpose meeting rooms.