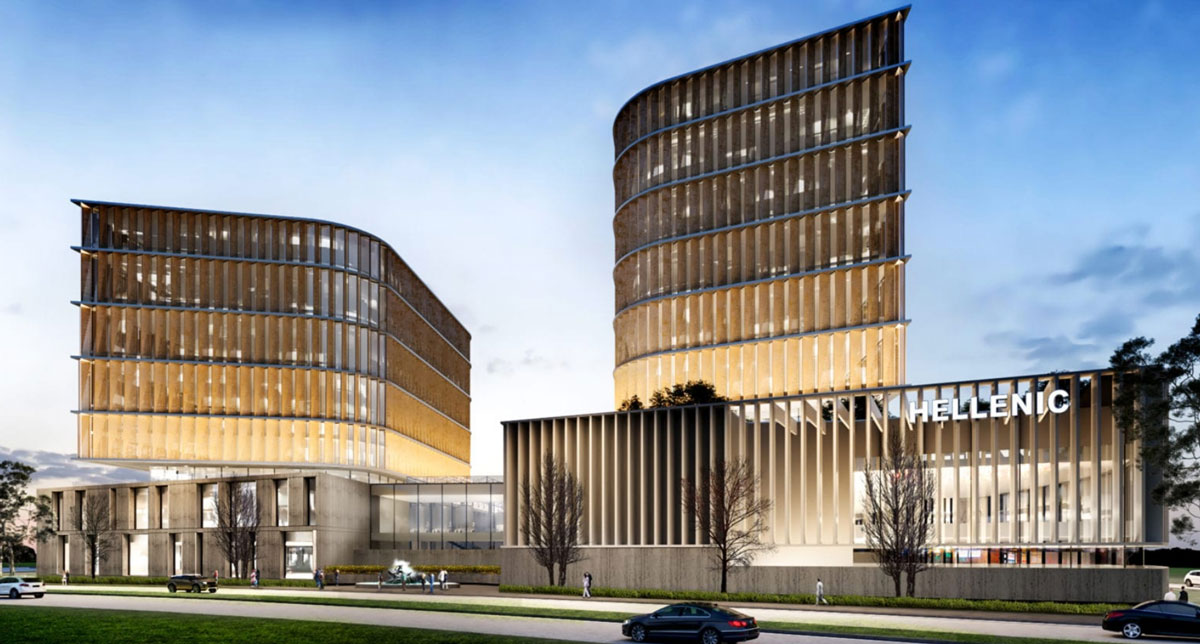 This southside Canberra centre will be subject to tours to view the detrimental effects of town cramming. Tourists will be informed of the missed opportunities and the soul-destroying decisions by the Barr government.

Much will be made of the lack of good architecture and planning vision. A lot will be made of how Greens and Labor ACT politicians encouraged the developers to let rip with whatever was good enough for the laissez-faire, ad hoc approach by the government’s planning directorate.

Two presentations were made to the Woden Valley Community Council on Wednesday, April 6. One from the plaza owners and the other by the Hellenic Club.

Both presentations were early concepts. Both will sit well with the forest of towers in place and planned for the Woden area. There was little to get excited about.

One question of the new plaza concepts was that it did not address the urgency of the issues identified in the reports by the UN Intergovernmental Panel on Climate Change.

A seemingly fair enough question except that in this city the ACT Greens continue to enable a climate-destroying approach to urban development – especially through its own ACT Housing urban development program. So why should the private sector do anything different?

The Hellenic Club concepts will have pleased the many who use the club and wish to have access to their own mall-like eateries. The images of the buildings presented (top image here) are more of the same – another tower or two with another hotel.

Those presenting failed to explain how their proposed buildings will be dealing with climate-change issues. That’s fine with the city’s planners.

The Woden Valley Community Council knows that this town cramming, lack of good architectural and landscape design and the absence of appropriate community amenities is as a result of the 2015 Woden Master Plan – as put in place by the previous Land Development Authority.

This plan is about encouraging development and town cramming at the expense of urban amenity. The community council keeps looking to their local politicians to take up the challenge to have the master plan revised to address community and cultural facilities as well as the provision of green open spaces.

This is where things really go wrong every time they ask these questions. The locally government politicians are loyal to their parties first and, secondly, loyal to the agendas of their cosy joint agreements. The aspirations of the residents rarely rate any serious attention by ACT Greens and Labor politicians – except when they get to spruik worthy words when those annoying elections roll around again.

This lack of interest in residents was on show again at this Woden meeting. When questioned about what she could do about the faults in the master plan, ACT Labor’s Marisa Paterson stated that she was not able to do much. The fact that she is in government seems to have escaped her.

The Woden Community Council is very frustrated that, after years of submissions and polite advocacy, they cannot get through to these party loyalists. People were left wondering what do these well-paid politicians do all day?

As with other areas of Canberra, this ACT Greens Labor coalition states that it is committed to climate policies yet the evidence from what is happening to the Woden town centre and the city’s suburbs speaks volumes that this is all talk – and not much else.

As for good 21st century architecture and great landscapes, they are very much treated with tokenism by this Greens Labor cohort of politicians.

The desire for good design and real urban planning should be the impetus for the Woden community to think about alternative candidates for future ACT elections.