Housing clearances in Canberra in 2022 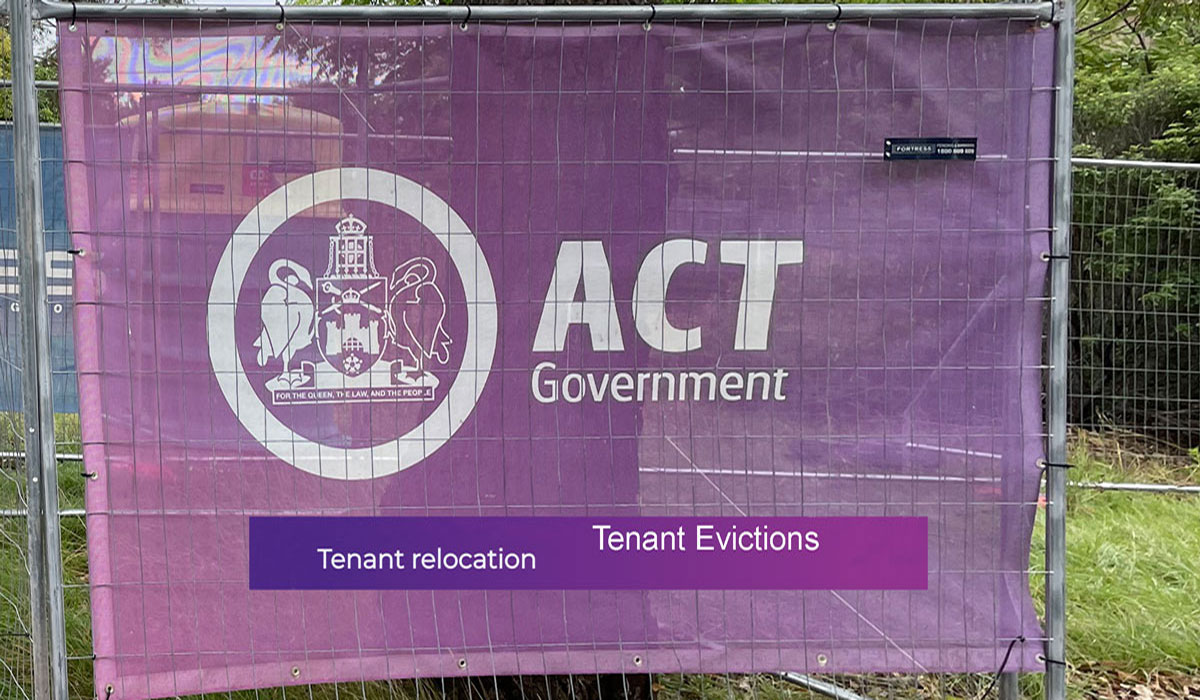 It is beyond belief that in the 21st century a self-nominated progressive Labor/Greens coalition government sanctioned the eviction of its own social housing tenants.

The government used its usual banal talking points to claim it is about relocations. The reality is that further discussions were notional because the selected tenants were to be moved from their homes and go to another location – like it or not; it was a done deal.

Community groups expressed concern about the nasty nature of this process. People should not be forced to move if they do not wish to do so.

The ACT Council of Social Services issued numerous statements on this matter signalling its disagreement with the process and refuting claims by the minister, Yvette Berry, that there had been meaningful consultations before these nasty letters were sent.

Last week ACTCOSS met with the government and was given a commitment that the program of evictions would be reviewed.

Weirdly, the government refused to look at the case studies presented by ACTCOSS. Instead the ministers involved, Yvette Berry and the ACT Greens’ Rebecca Vassarotti, insist that the tenants make direct contact with them.

A couple of tenants did this thinking that they would be discussing issues with one of these ministers. Instead their names were passed on to the bureaucrats responsible for the letters who have then directly contacted the tenants who were already fearful of these same bureaucrats.

There is little doubt that the properties being targeted for clearances are those that are in high-value areas. The government wants to sell off housing and land where the sale prices will be highest. It is about the money – not people.

This government is desperate for money to cover up its lack of financial commitment to social housing.

ACTCOSS is to be thanked for its advocacy and for pushing the government to reassess this program. It is right to ask that the process become an opt-in one.

The program should be about working with those tenants who wish to be relocated once they agree to the style and the location of housing on offer. As for those who do not wish to move – leave them alone!

It is clear that there are fundamental problems with how the ACT’s Greens and Labor government politicians operate.

The situation in the ACT government is a rerun of ’80s BBC program “Yes, Minister”. The Housing bureaucracy knows how to manipulate their ministers to do what the chief bureaucrats know is best for the city.

Politicians such as Yvette Berry and Rebecca Vassarotti have little expertise to deal with such seasoned bureaucrats. And the bureaucrats know how to say – Yes, Minister!

This bureaucracy got away with clearing out housing residents from the unit complexes along Northbourne, and in Griffith and Red Hill. They have transferred this process ruthlessly to those in homes identified as being in high-value suburban land – ideal for quick sales.

The nastiness of the program ignores the fact that some of these people wish to stay in their homes. These are homes that have been looked after by the tenants who are part of their local communities.

This should not simply be about housing stock to be bought and sold by the bureaucracy desperately looking for some quick cash.

To watch Yvette Berry and Rebecca Vassarotti duck for cover behind meaningless bureaucrat spin is shameful. ACT politicians do not wish to be involved with residents feeling bullied by government processes.

These unsettling governance matters need to be addressed. This is not how democracy should be functioning.

In the shorter term we wish ACTCOSS all the best in getting the opt-in process immediately as being normal for how Housing ACT approaches tenants about whether they want to move.

There is no need for the bureaucracy to carry out a review of how it conducts itself. Yvette Berry and Rebecca Vassarotti could make this decision today.

They could direct their bureaucrats to put in place an opt-in process immediately.

It is what a humane government would do.