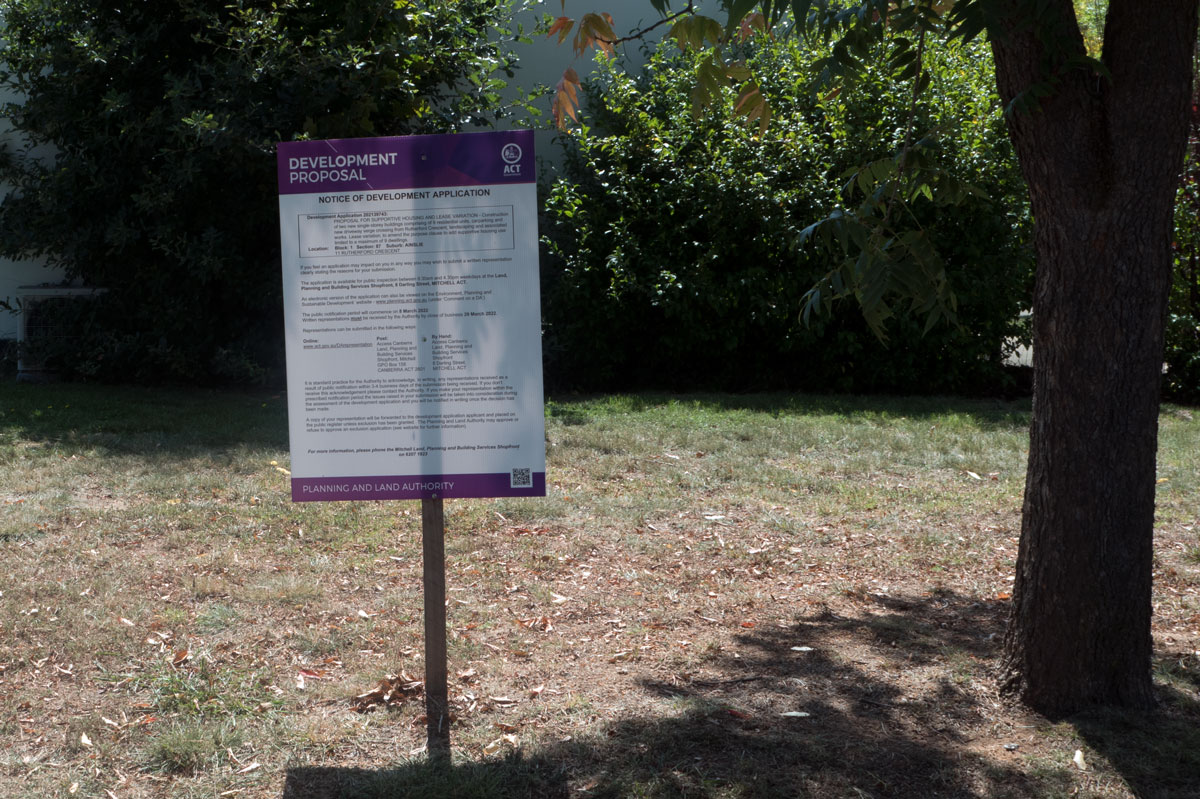 This was a difficult piece to write for City News.

There are many alternative facts that I did not mention that are being used to sideline the views and aspirations of the residents and those who still believe that the government can provide both community facilities and housing. Here’s the version published in  City News:

On Wednesday, June 29, the ACT Planning Minister used his “call-in” power on the YWCA’s development application (DA) for social housing on a site alongside an Ainslie park.

When the original DA appeared, the residents lodged objections outlining the planning faults in the YWCA’s DA. In early 2021 the planning authority approved the DA. Three residents pooled their money and took the authority to the Appeals Tribunal (ACAT).

Before the residents attended the tribunal, one received a letter from the YWCA’s lawyers with the threat of defamation. Trying to limit a tribunal hearing is not democracy at work. The letter was ignored.

The YWCA fronted the tribunal with a packed suite of lawyers and paid experts. The tribunal found that the DA had many faults and reversed the planning authority’s approval.

The YWCA took offence at this. It did not acknowledge what the tribunal had said (rules not met) and instead cast the tribunal members, the residents and their supporters as being against social housing for women.

It also ignored the residents’ main argument that they wanted the facilities reopened as community facilities and they wished to discuss other options with the government and the YWCA for more social housing in their neighbourhood. Both could happen.

No-one in the YWCA took responsibility for the faulty DA and never mind that Ainslie is full of social housing and that a reasonable number of the residents on the street in question are in social housing.

One of the tribunal’s rulings was that the units were crammed up against large trees on the border, meaning that the units would have little solar access as required by legislation.

The planning authority quickly varied that rule so when assessing solar, large trees shadowing residential units would no longer be of concern. The ACT Greens said nothing about this – continuing their policy of “Building a Bigger Farce”.

Earlier this year a new YWCA DA appeared with very little change. The number of units was reduced from 10 to nine. Nine units on this site is cramming – when probably five should be the maximum as on similar inner-north Housing ACT sites.

This new DA was doomed to fail given that the faults were largely repeated.

A populist campaign appeared to recruit supporters to rage against the “selfish” residents and to suppress democratic debates and any future appeal processes. Online forums soon became dominated by trolls casting the residents as nasty and vexatious accusing them of stopping social housing.

A prediction that the YWCA would use its close political affiliations with Ministers Yvette Berry and Rebecca Vassarotti was spot on and the planning minister was convinced to use his special call-in powers, meaning the faulty DA was approved and no appeals would be allowed.

I believe money and the autocratic establishment won over democracy and common sense.

People noted that this was yet another tick for Berry’s campaign to use community facilities as the land bank for social housing developments. There’s more of this to come.

On ABC Radio that Wednesday afternoon few of the facts were canvassed in an interview with the YWCA. The discussion was about creating opportunities to restate how the residents were stopping social housing for women and that the DA had met the rules (utter rubbish).

The aim of the interview was to cast the YWCA as the one suffering because of the vexatious residents (looking after their cherished street, parkland, trees and biodiversity). It was mentioned that two residents living on the street supported the YWCA development. Sad fact – they do not live on that street and both have undeclared direct connections to the YWCA.

The interviewer treated the Ainslie representative differently. Twice, he rudely spoke over him and tried to catch him out with a naive gotcha question.

Canberra residents are frustrated by this Greenslabor government’s paltry efforts to get 3000 homeless off the streets and constantly implore the government to urgently allocate real money to address the lack of social housing in Canberra.

The interviewer did not ask what yield (profits) will go to the YWCA from managing people into these crammed units. Nor how the campaign about these units is being used to gloss over the failure of Ministers Yvette Berry and Rebecca Vassarotti on social housing and related social matters.

Berry and Vassarotti should have been asked to swap some of the vacant Housing ACT sites with the community site now occupied by the YWCA – which could then be handed back to the community. But that’s far too logical and too humane.

It is not hard to imagine the skewed alternative facts that were put by the YWCA and their friendly ministers to the ACT’s docile planning minister. Maybe the ABC could do something positive for the Canberra community and explore the real story behind this inappropriate call-in decision.