Commentary: on the on-going inequities

I identify with her final comment on the selection of keynote speakers as the issue of getting women as key-note speakers was a focus of mine in the past.  I did come up with a strategy to deal with it. See my notes below.

I must point you to a wonderful Inside Story essay online:

So what are feminists to do? We not only need more women in positions of power, we also need to examine again what that power is about, argues Sara Dowse in her 2014 Emily’s List Oration.  click here for the essay.

If you have ay doubts about how the country is being run right now – then take a deep breath and look again at the graphic at the top of the story in The Monthly a few months back. Get ready to be shocked – click here. 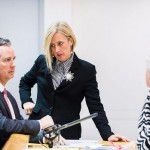 Here in Canberra there is now a decision to expand the ACT Government house of assembly up to some realistic numbers. We are also blessed to have Katy Gallagher as Chief Minister. She has taken this opportunity to put women on notice that it is now time to think about getting involved in the next elections to make sure that more women get elected.

Click here for her article in the Canberra Times.

In dealing with the ongoing gender inequities in society, it is also alarming to see the media come out with their patronising statements when ever a women does well. There’s an article in the Guardian that goes someway to address this with some very recent cases in the UK. The problem continues here in Australia. Click here for the Guardian article.

About speaker selection for conferences and panels

I hinted above about how I used to go about panel sections for boards, juries, committees and conference speakers.

If you have the responsibility to select conference speakers, set out to fill the first half of the speakers positions with women. When those positions are confirmed,  then fill the rest with relevant and available talent. From there it is curatorial exercise to match speakers or committee members in the context of those already selected. But you can remain open to women filling all or some of the remainder.

If men complain about the majority of women speakers or committee members – it’s simple. Do point to the number of instances in the past whereby the same men have complained whenever there has been a majority of men as key speakers or panel members.

A word of warning. As part of the exercise of selection it is good to put the word out and ask as many as possible for their recommendations for nominations. Be warned that when you ask for lists of suggestions for panels and speakers, many women will put forward more males than females. You have to then deal with that politely by thanking them, maybe point out the obvious, and state that all suggestions are to be considered.

A request of all men who may be approached to be speakers or members of a committee or jury. If you really believe in gender equity then you need to practice this simple strategy.

When asked to join a board, committee or whatever, before you agree, you need to insist that you will agree to serve if there is at least equal number of women on the committee, board, speaker list or jury list.

State that you will agree once all the women have been selected and there is rock solid gender equity. Accept no excuses. Refuse any commitment unless this is done.

And, once you are on the board or committee or listed as a speaker, and for some reason something happens to the numbers that results in a significant decline in the balance, be prepared to resign or step down unless actions are taken immediately to bring about the correction.

If you have to stand for election and therefore you cannot control the outcome, I suggest the following hard line strategy. State clearly when you stand for election, that you will most likely refuse the position once elected if there is not something close to gender equity in the outcome of the elections. This may seem harsh, but if everyone becomes aware of this outcome, then at least whoever gets to cast the votes or make the nominations will become more attentive of the needs of gender equity.

If men, and women, carry out this simple strategy, I suggest the issue will soon go away!

Happy faces above.  So what’s the problem? Hint: it is not just the boring outfits!