Book Review: Killing Sydney: The Fight For a City’s Soul 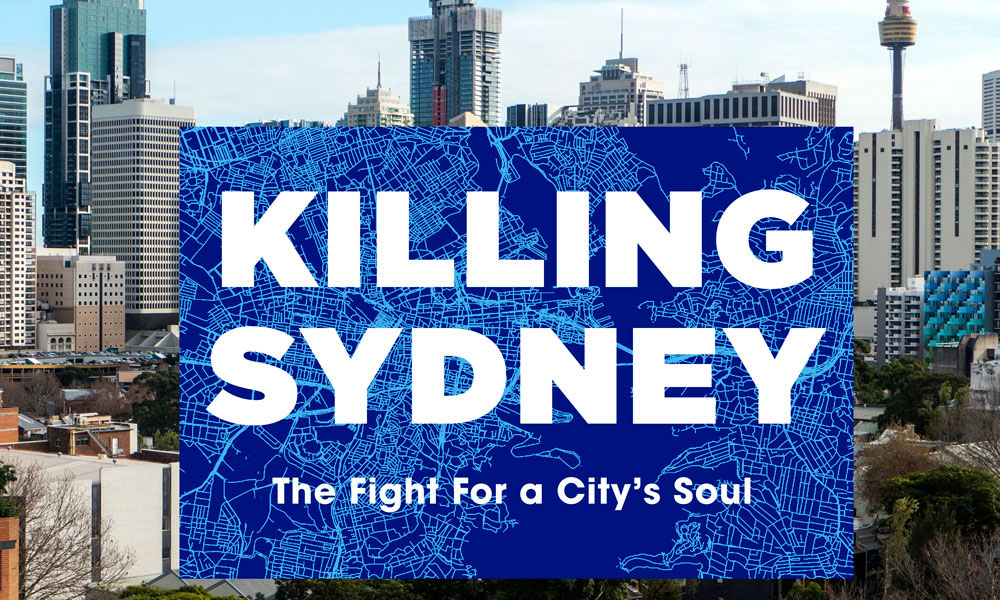 Elizabeth Farrelly’s new book “Killing Sydney: The Fight For a City’s Soul” is a must-read for anyone with an interest in their local planning issues.

While her main focus is on inner Sydney, most of the book is about what’s being done in the electorate’s name by NSW politicians, their planning and development bureaucrats, the attached agencies and the out-of-control developers.

This stuff is truly awful and has been going on unchecked for ever!

Ms Farrelly has lived in Sydney since the late 1980s, has been involved with architecture, planning and the workings of government and has written books and endless articles about inner Sydney.

She now confronts the damage done and being done to the urban environment she loves. Hers has been a hands-on experience and she tells many tales in great detail. Her experiences and opinions are worth reading as so much of it will be familiar to residents elsewhere – especially those in Canberra.

There’s cronyism that operates around government, there’s the ease with which heritage is ignored (think West Basin locally), multiple agencies with worthy sounding names that hide their true role (development at all costs and maximum profits for developers). Canberrans could name one or two.

Then there is a process that the Planning Directorate and agencies such as the City Renewal Authority now specialise in having learnt well from NSW.

As with their seasoned NSW counterparts, government agencies are experts in staging consultations that are meaningless and ingenuous. They consult with contracts already signed (think West Basin) and offer to engage on decisions deemed to be not negotiable (think Curtin Horse Paddocks, new hospital extension location and Common Ground being plonked on to Section 72).

Meanwhile, public places are eroded, trees come down and cherished open spaces and parks are taken over bit by bit. Older suburbs with heritage and abundant biodiversity are under attack. Land and buildings that can be sold are soon on offer to developers.

Anything in public hands (that’s yours and mine) is seen by 21st century governments as land banks for development. This is happening in Sydney and locally such dubious practices are now entrenched as building the new normal within the ACT Labor/Greens coalition.

While it may all sound familiar, and possibly depressing, Farrelly’s story telling is worth the effort – the book is a good read. She writes with a friendly and accessible style, though occasionally spending too much time explaining philosophical points. Given the book is about 350 pages, that can be skimmed through to get back to the intriguing tales and lessons to be learnt (don’t trust any of them).

Having praised the book and its author, one warning for Canberrans: Farrelly regularly looks down at Canberra and its residents (she does not believe that people love the place).

Possibly she is yet to understand how Canberra is a landscape with a city within. That’s basically the same fault with those who pretend to run the place and, likewise, many architects (not all).

As with Sydney, Canberra needs political candidates selected not by the few that inhabit the three mainstream parties. Whatever needs to happen, it has to result in having politicians representing voters – not their parties or those with links to the parties.

Likewise, Sydney and Canberra need huge changes of culture and new people within the planning and development bureaucracies and the development agencies.

The big question for Canberra (and Sydney/NSW) is how to have people-focused, professional directorates – with real planners. Remember them? For Canberra to survive as a city in a landscape, planning decisions should be focused on the humane interests and well-being of residents. It is about having politicians and professional bureaucrats who have an understanding and passion for landscape and good design.