ACT Greens save park from bulldozers 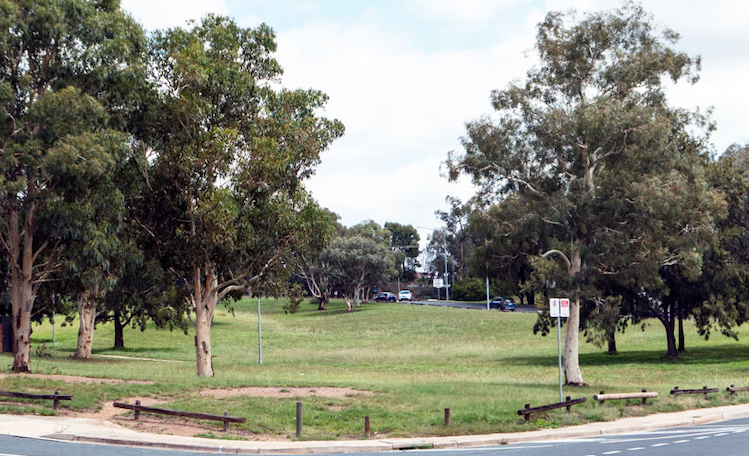 While the October ACT election returned a new version of the Labor/Greens coalition, this result was not because it was respected.

The government’s spin continued unchallenged after the election. Chris Steel, the Minister for Something, continued with his illogical proposal that it was necessary for part of a green space next to Cooleman Court to be bulldozed for a car park. The residents call this cherished green space Coolo Park.

Chris Steel’s bureaucrats were so convinced he would not budge, they issued a tender for the work before the DA was approved. Last year the then-local Greens member, Caroline Le Couteur, was vocal in supporting  the residents to not have another green space bulldozed by her own government. An interesting twist!

It was disclosed that the bureaucrats were being deceptive – again. According to the community zoning for this green space, no permanent car park was allowed. The car park could only be temporary. But it was revealed that the bureaucrats planned for the minister to get this changed once the temporary car park was in place. Transparency is a thing of the past within this government.

The Weston Creek Community Council produced statistics to show that, with a little bit of an adjustment of the allocations of the car spaces around the shopping centre, the number of spaces could be increased to equal those that Chris Steel’s car park was to offer. This research was ignored.

Residents were experiencing an intransience whereby the government’s bureaucracy is used to getting its way and nothing was going to change decisions that the minister had agreed to – no matter how silly the proposal was. And the Minister for Something continued to obey his bureaucrats.

As for being a local member and looking after voters, the Coolo Park episode made it clear that listening to noisy locals remains a low priority for Chris Steel. His priorities are to be loyal to the Barr government and his party and to follow advice, no matter how silly, of his well-entrenched bureaucracy.

Many residents in other suburbs identified with what was happening as green spaces and trees continue to disappear across Canberra thanks to the negative attitude towards green infrastructure that dominates decisions from within the government bureaucracies.

However, while Chris Steel followed the flawed bureaucratic advice and ignored the logic of his own constituents, he failed to notice what was really going on under his nose. The people were getting organised – and a couple of the local members were paying attention and were willing to step up.

Caroline Le Couteur, as the former Greens member for Murrumbidgee, deserves credit for backing the residents and keeping her own government on notice that this was not going to go away and that all the usual spin, fibs and tricks were not working.

After October, the newly elected ACT Greens member (now a minister), Emma Davidson, built on Caroline’s momentum to take the challenge up to her own government including challenging her fellow minister, Chris Steel. Both are ministers and share the electorate of Murrumbidgee.

Voters will never know the details of what pressure she applied. Did she threaten to cross the floor? If so, how did leader Shane react to that? Did someone, maybe Emma, point out to Chris Steel that he was looking and sounding even more out-of-touch than normal?

The issue here is not only the reality that many ACT politicians once elected become disconnected with residents. The equally serious issue at the core of the Coolo Park fiasco is how an unresponsive bureaucracy controls the ACT’s politicians at the expense of common sense, community aspirations and the future of this city in a landscape.

This is about governance. The new Labor/Greens government needs to address the perception that governance as practised within the ACT government has become corrupted.

The stumbling block to improved governance and transparency remains the refusal by the ACT’s Planning Directorate to discuss governance as part of the review of its own planning system.

Yes, Minister, governance needs to be discussed as a top priority – otherwise residential involvement is a waste of time!