lack of planning and havoc in Woden 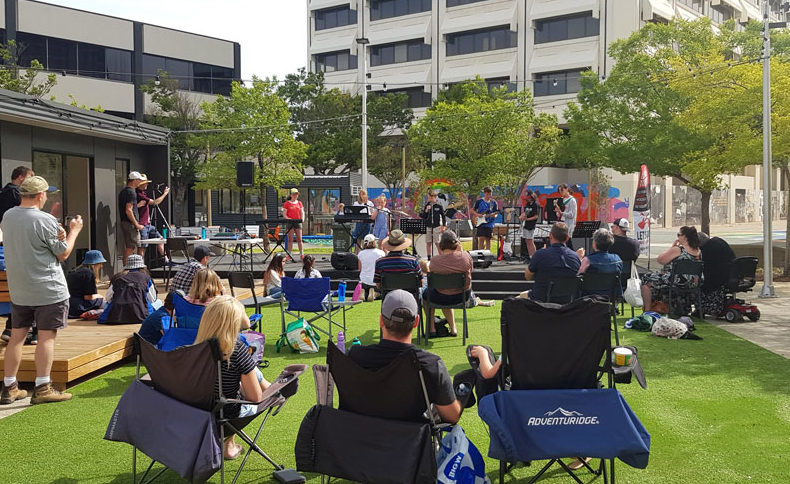 It has been about 18 months since I wrote a full piece about the Woden Town Centre and the ever-increasing planning issues that plague residents.

Still no-one in this government is listening or delivering on what some went to the 2020 elections promising – “Building a Better Normal”. Maybe the ACT Greens’ version of the better normal was always a degraded standard of living for Woden residents while being an even-better normal for developers.

With 24 apartment towers and about 10,000 residents due to appear in the Woden Town Centre, this government has not prepared the area for this new high-rise suburb.

Woden Town Centre is the main shopping/commercial centre not just for the greater Woden area but also for nearby Weston and Molonglo.

This centre draws in people from many areas. Logically, given all the worthy policy documents being produced, there would now be facilities for arts activities, for sports (instead of always having to travel elsewhere), community facilities and generous parklands and open spaces.

This centre will be a mass of towers, so it would have been normal planning to allow for such facilities given that residents will need to take time out from their above-ground abodes.

Thanks to the accumulative lack of care and efforts over a decade or more by the planning directorate and politicians including Andrew Barr (Chief Minister and Planning Minister before that), Rachel Stephen-Smith, Mick Gentleman (the one rarely seen) and local members such as Chris Steel, most of the expected (old normal) facilities do not exist in the Woden Centre.

There are no plans to rectify the situation. There is the occasional talk or “Have Your Say” (and we will ignore you) sessions, more consultations, the pretend master plan. But so far almost nothing has happened

With all these community assets not being provided for, why does the government not make this clear to buyers about the standard of amenities. Surely this is a case of “buyer beware”!

Late last year the insults to the residents reached a new low. Better Normal anyone? A tower that has been on hold for almost a decade was suddenly approved. This 24-storey edifice will be plonked on the north west side of the key public space – being the Woden Town Square. This tower will cast a long shadow. So much for taking a break and sitting in the open space to enjoy some sun during lunch time.

Add to this lack of facilities, there are the very “interesting” parking and traffic issues. Under dubious rules put in place by the ACT’s laissez-faire Planning Directorate, each tower development is judged in isolation to its surroundings.

The directorate refuses to recognise and consider the combined effect of having increased traffic from the surrounding towers – 24 by the time development is done. It is a mess now – and the future will be a traffic nightmare.

The Woden Valley Community Council has well-researched documentation that describes Woden Town Centre as the middle of a doughnut. It has pretty illustrations that identify an ever-increasing number of facilities all around the city, with a majority on the northside where the more cosy politicians hang out.

Meanwhile, in the middle is Woden – being a vacant space when it comes to facilities. To be factual, there are a few – but given the present and expected populations – the number is miniscule.

It is about having a comprehensive plan for the extended precinct that includes the shopping centre, the nearby commercial precincts, plus the hospital campus and makes provisions for social lives of Woden Town Centre residents and the feeder suburbs throughout Woden, Weston and Molonglo – and more.

Surely that is not too much to ask for as the basis for “Building A Better Normal”?