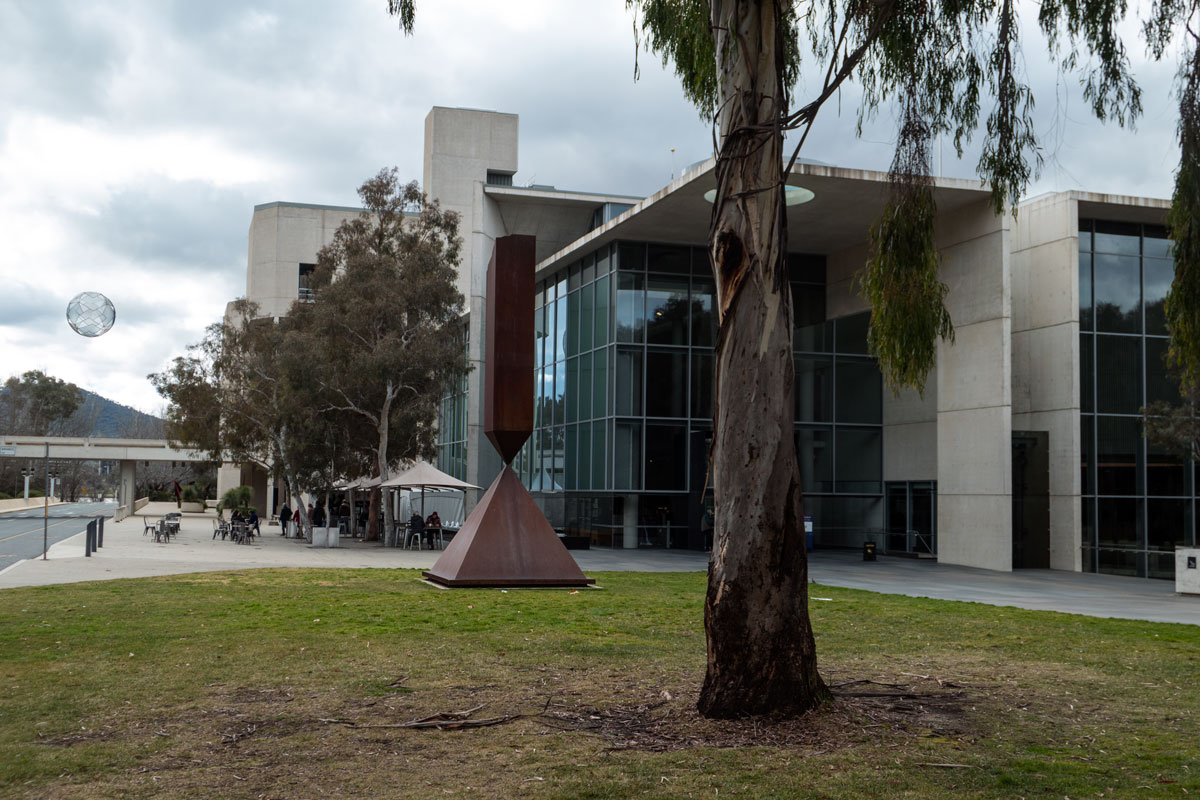 When the national Gallery opened in 1988, the exhibitions and their café became frequent destinations – a meeting place for locals, to take in the latest exhibitions while seeing old friends – the fabulous works in the permanent collections.

A benefit of having the NGA here in Canberra used to be the exhibition openings. These were well organised opening parties, with sometimes additional ones for the arts community.

Those parties were famous nationally with people coming from all over Australia to be part of the night’s socialising (and to look at the art!). In recent times, the exhibition openings have become corporate affairs. No more fun arts parties.

Over the decades there have been many discussions about the architecture of the NGA. It is a brutalist statement that won in-house admiration at the time. There have been additions such as the special exhibition wing at the rear that justified expenditure so that permanent exhibitions would not have to be taken down for visiting blockbusters.

More recent extensions include the indigenous galleries, the new entrance, the venue hall and new side garden on the eastern side of the entrance.

For a while, there were contemporary exhibitions using the ANU Drill Hall as an annex and more recently the gallery space down at the lake edge at Commonwealth Place behind the High Court. But the main galleries carried on as hosts to wonderful collections of exhibitions and what became known as “blockbusters” – massive imported exhibitions.

The problem being that marketing moved to promoting blockbusters at the expense of letting potential visitors know about the many collection exhibitions. People became trained to go when “something” was on, such as special exhibitions.

Whereas the gallery’s own collection exhibitions have always been worth return visits – to see old and new friends – to then meet someone for coffee, a snack and a chat (sometimes about the exhibitions). 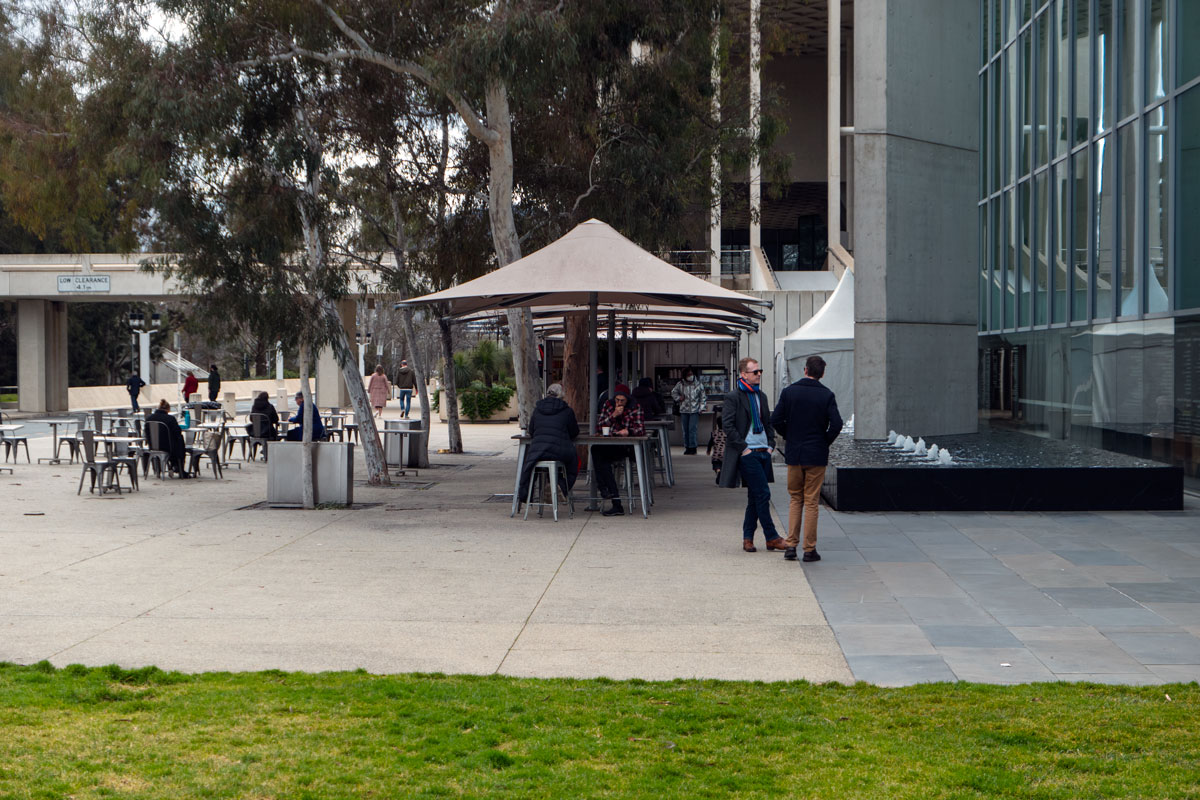 Mysteriously, the main café/restaurant closed. Former regular visitors miss not having a café with a good art museum attached. The NGA is no longer that key destination. It is not so attractive to be sitting at a café perched outside (in the cold) near the front door with a tent for the servery with a very restricted menu.

I have become less enthusiastic about the success of the building’s architecture as something iconic that should be attracting people to visit. This is not to say that I do not like it, but it is definitely not a Bilbao – a gallery that made Bilbao a destination whereas before tourists drove through going somewhere else.

The NGA building, together with its new frontage, is of interest architecturally but there was a better iconic architectural solution. Maybe it is time to contemplate a new building for the NGA. 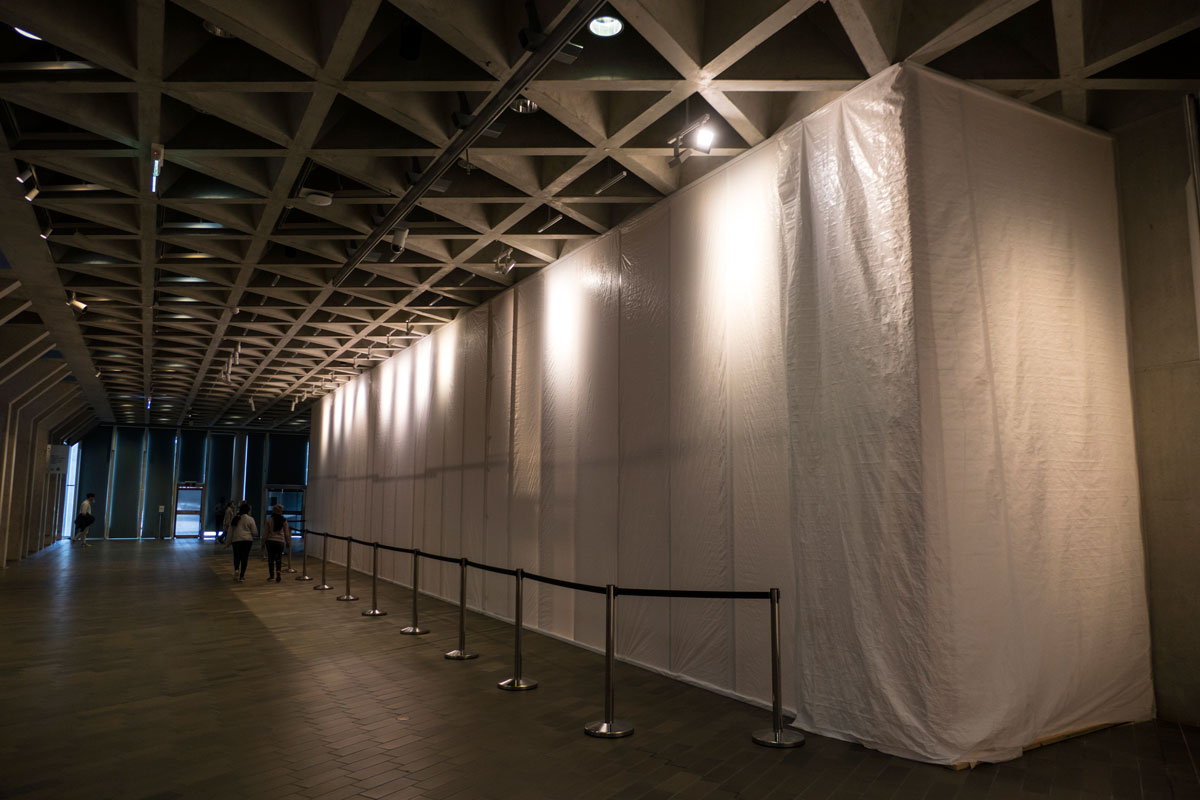 Two weeks ago, we ventured into the NGA to see what was happening with its collection exhibitions. Strangely most of the galleries were closed. Change-overs always happen, but this massive volume of closed-off spaces was something new – a view shared with some interstate visitors.

The main exhibition was a sort of teaser. It was a very well curated collection of some real gems. But it felt like a preview exhibition for a public gallery about to open for the first time.

The whole top floor, basements, galleries and half of the main floor were closed off. Exhibitions were restricted to that corridor of the teaser exhibition, the Rauschenberg exhibition in one smaller gallery, the newly positioned Aboriginal memorial poles exhibition and the indigenous galleries. 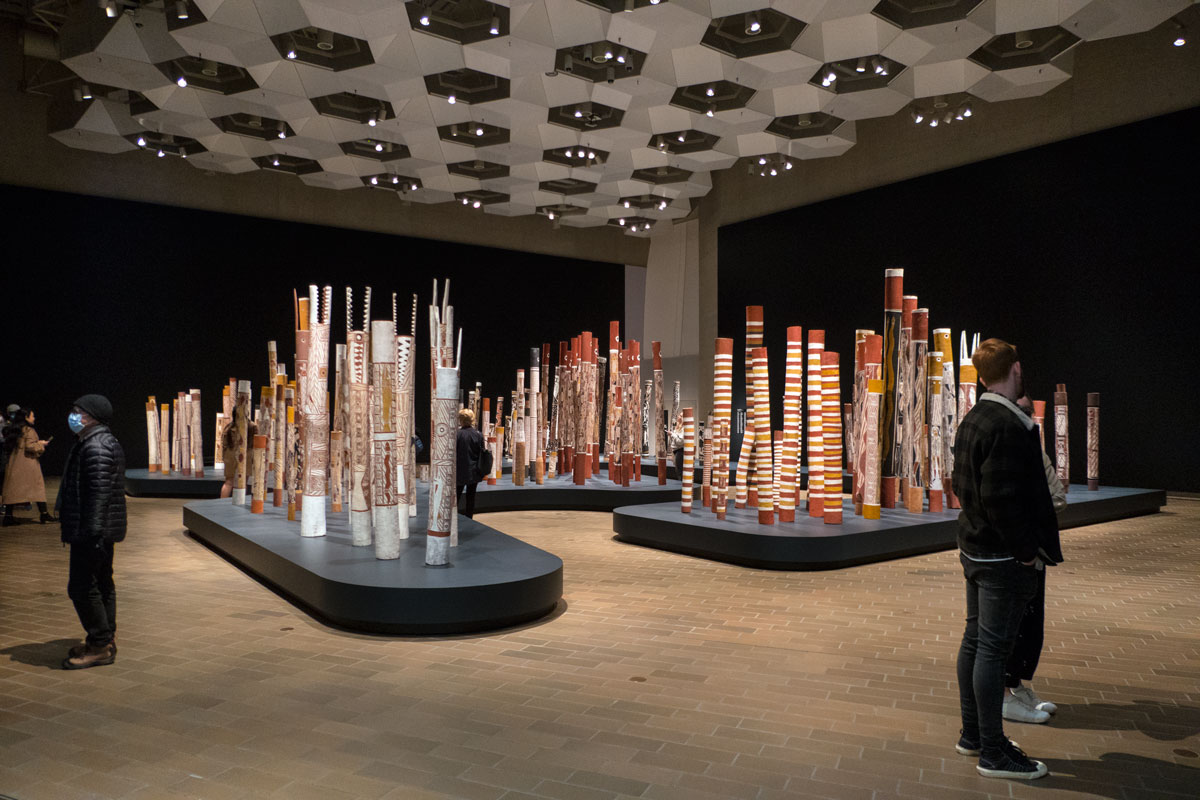 According to the marketing, a lot more is about to re-open. Let’s hope that many of the old friends reappear on the walls and the NGA convinces visitors to return to revisit exhibitions of their magnificent and varied collections it has built up over the decades.

If so, this will be good news for locals who do love to wander in and see what takes your eye and mood – and to see old friends.

Maybe the massive re-opening could include an opening event equivalent to former ones such as the 1993 Surrealism exhibition opening.