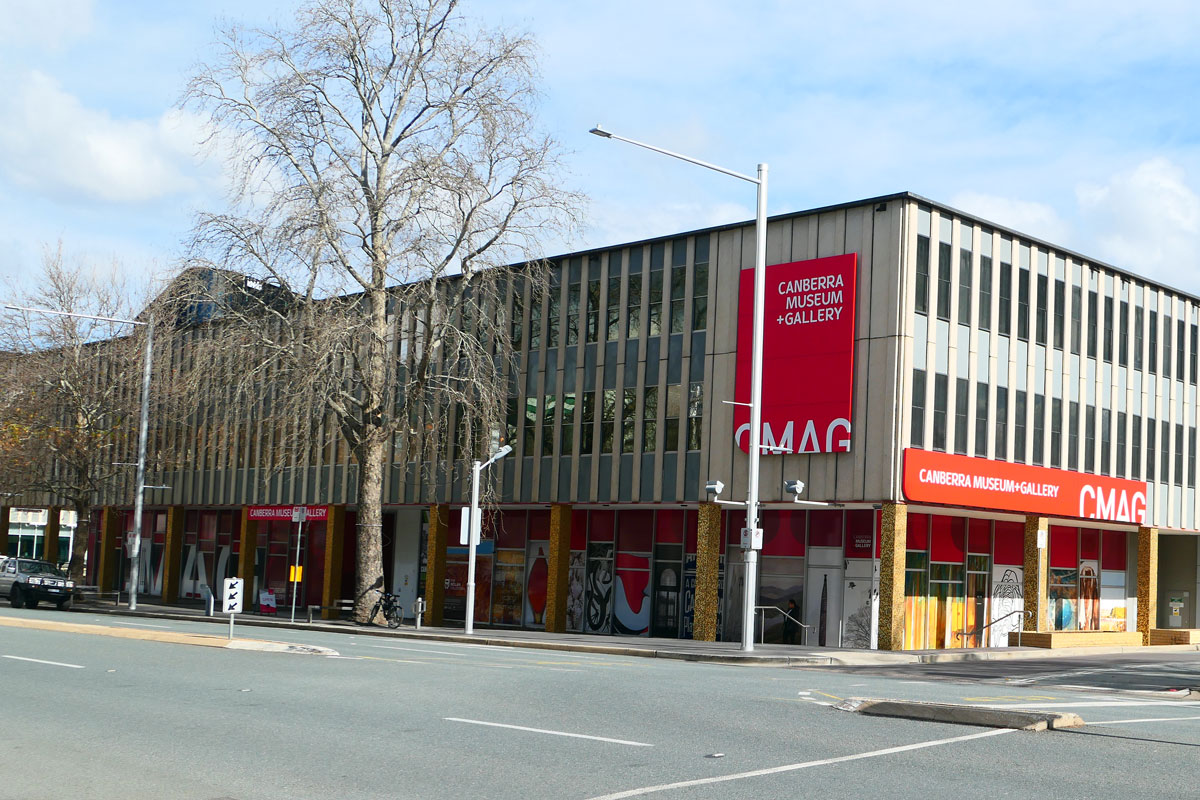 More than three decades ago the local visual arts community advocated for the establishment of a Canberra Regional/City Gallery.

The city has the national institutions, but the city planners overlooked that such a city should have had its own city gallery.

Back then, the main opposition came from the management of the Canberra Theatre. They wanted to expand their venues and did not agree with available cultural funds being spent on a main venue for the visual arts. In the end – a different solution came from within the government’s own museum bureaucracy.

The decision was that an art gallery function would be established but it would be joined with the historical museum functions to form the Canberra Museum and Gallery (CMAG).

This new cultural facility was located within the former public-sector Civic Square West building. Architects massively redesigned the interiors and that’s what we have today. 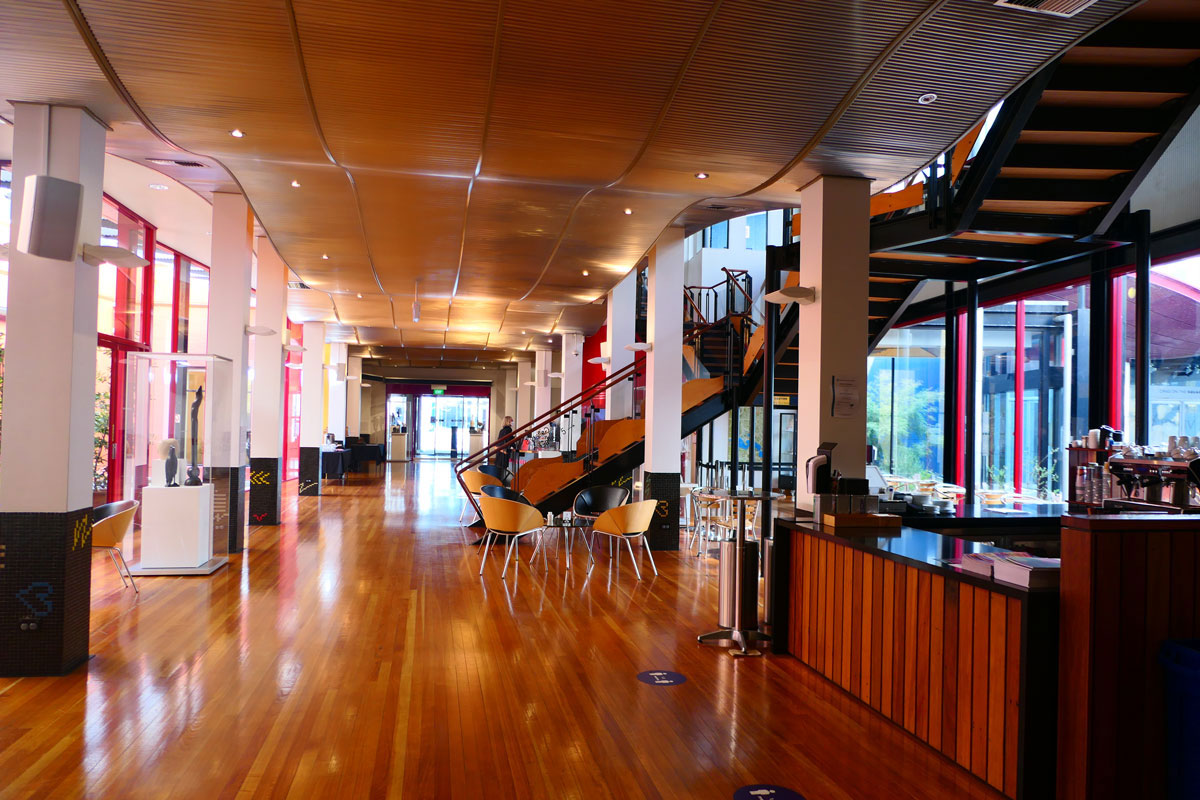 At the time this joining of the museum with the new visual arts gallery function was more or less accepted. Things could have been better. At least there was a city gallery – sort of.

The best regional galleries usually follow a formula of having at least three distinct gallery spaces. One for the permanent collection exhibitions, the second for travelling/visiting exhibitions (usually not from the region) and the third for artworks mainly from within the region (and sometimes the definition of their region is expanded).

One good example of this is the Benalla Art Gallery. It has all of the above plus a good café/restaurant that has outside seating overlooking the river (that often floods, but the gallery is perched high enough to avoid flooding).

This gallery reports that it is very popular with tourists travelling along the main highway nearby.

CMAG has had to dedicate one of its few exhibition spaces (upstairs these days) to the Nolan Foundation Collection. Its exhibitions of historical objects and visual arts exhibitions have been reasonably successful – however, there has always been the obvious compromise.

That is, what could be on offer continuously as visual arts exhibitions have been limited as the organisation has to also meet its historical museum responsibilities through exhibitions. 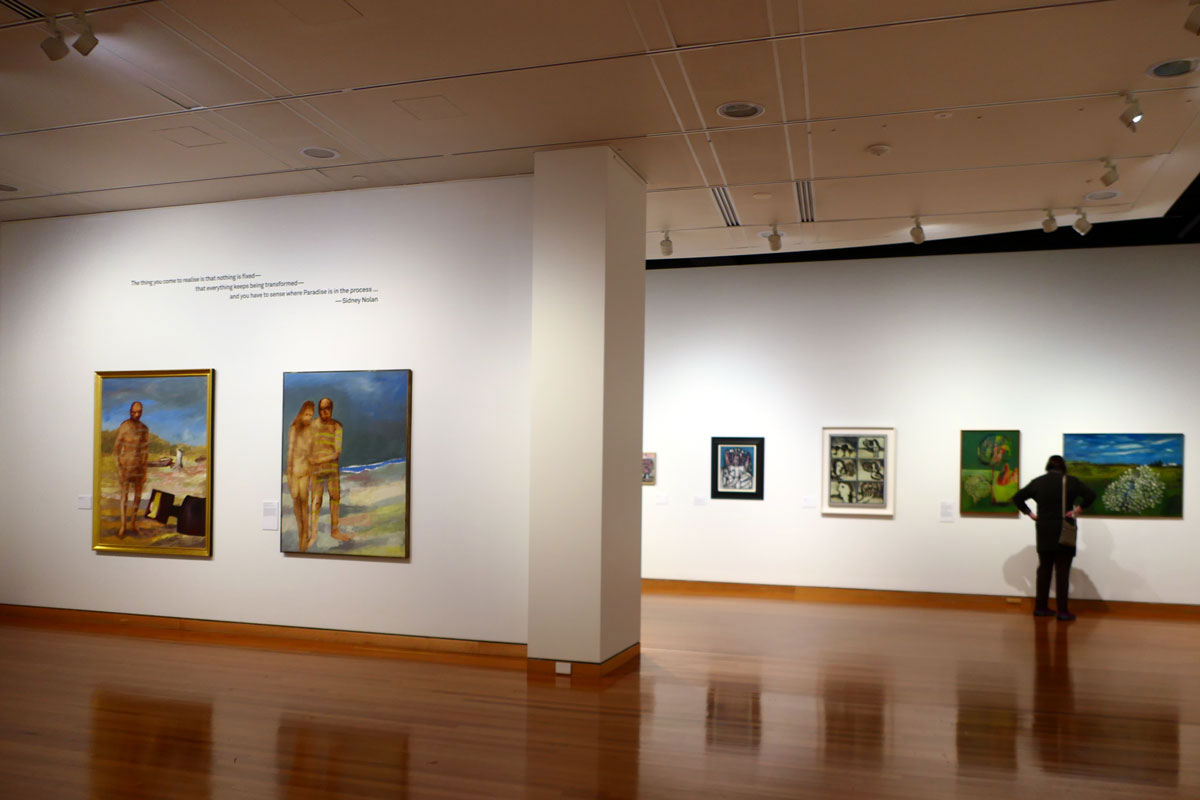 At the moment, the main visual arts exhibition is a must-see exhibition of Sidney Nolan’s work put together by Melbourne’s Heide Museum of Modern Art together with CMAG. It is the sort of important exhibition that such a city gallery should be doing – often.

But this means that opportunities for a substantial exhibition of local visual arts and an exhibition from their own permanent collections cannot be held simultaneously. Space has to be allocated for an historical exhibition – the last one was in the front exhibition space.

It is time to revisit the concept of a separate historical museum for the city of Canberra and a new building for a stand-alone Canberra City Gallery.

There are important exhibitions that should be on show simultaneously along the lines suggested above – at least one of each: touring, permanent and local/regional, as well as the dedicated Nolan Foundation Gallery.

Somewhere on the shores of the lake would be logical if the intention was to make it a tourist destination and easy for locals to frequent – as opposed to Civic, which now longer is easily accessible by local and interstate visitors.

This new gallery should be an iconic building to attract national and international attention. And to state the obvious – it will need visitor parking and a café with views out across the water to the far mountains.

The new Canberra City Gallery would have to have its own dedicated staff – and, likewise, the separated historical Canberra City Museum should also have specialised staffing.

Another curiosity when researching this piece was the low level of CMAG staffing as set out on the website. Given this small band of dedicated people, the ACT government needs to look at seriously funding a few more CMAG staff – especially in curatorial and collections management.

Canberra – the city – could offer a high-profile city gallery as the additional reason for people to visit along with their visits to the national institutions. The city needs to celebrate the visual arts with its own Canberra City Gallery – by the lake.