Opinion Piece: cycling on our roads.

First an admission.  I used  to be a reasonably keen urban cyclist . However some time back, I had two serious near misses whereby I was run off the road by local buses. After the last bruising,  the bike sat in garage till one day I sold it on. Whenever I can , I now walk instead. But I do miss the experience of cycling through neighbourhoods.

Today there was a very good summary in the Guardian on the situation and changes to urban cycling across many cities internationally. Click on the image below. 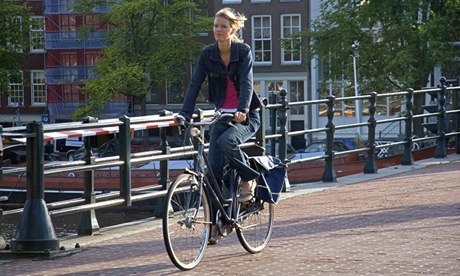 There’s currently a crazy debate here in Canberra about cyclists and vehicles and pedestrians. Crazy because the debate has been dominated by no so cool people who are not accepting of any other point of view. So I wonder what the problem is?

Despite the spin about being a planned city, unfortunately Canberra’s planning and development has not been well led for many decades, if not longer. This city was designed for cars with all other forms of transport coming a poor second.

Curiously the streets in the older suburbs are walker friendly but people just do not walk as a matter of everyday choices. It is not the done thing when the car remains the option for the quick trip to the local shops, usually minutes away. (there’s a whole piece to be written one day soon on this local resistance to walking).

Bike paths have received ad hoc attention with many now in conflict with pedestrian usage and more dangerously jammed besides busy traffic lanes. The real hope for more extensive use of bicycles as well as more pedestrian use, still remains in the too hard basket along with real efforts to develop accessible and relevant public transport systems.

Canberra needs a complete overhaul of the sections that dominate the planning for this city’s future if there is ever to be real efforts to make cycling, walking and public transport as the basis for moving people around. This is about a cultural shift in the thinking and intelligence that drives redevelopment and planning for the future health of the residents and low-carbon transport options. That culture shift requires different people at the top, and a new style of leadership with a locally based vision for the city.

For me, there are a rude pedestrians, crazy cyclists and just too many weird drivers of dumb vehicles out there right now. Australia is at an interesting point whereby being not so polite is far too easily accepted by far too many. The real question not being debated is that people are increasingly having trouble co-existing in this complex society we now have constructed for ourselves. (more on this some time later)

The cycling debate is one aspect of the much larger debate not be had right now. This again is a lack of leadership.

What the Guardian article demonstrates is that even for much larger and far more complex cities, this cultural shift can happen when there are champions to work the systems to make it a reality. There is a little sign of such champions here in Canberra. We just have to remain optimistic that the day will come soon and meanwhile we live in hope.