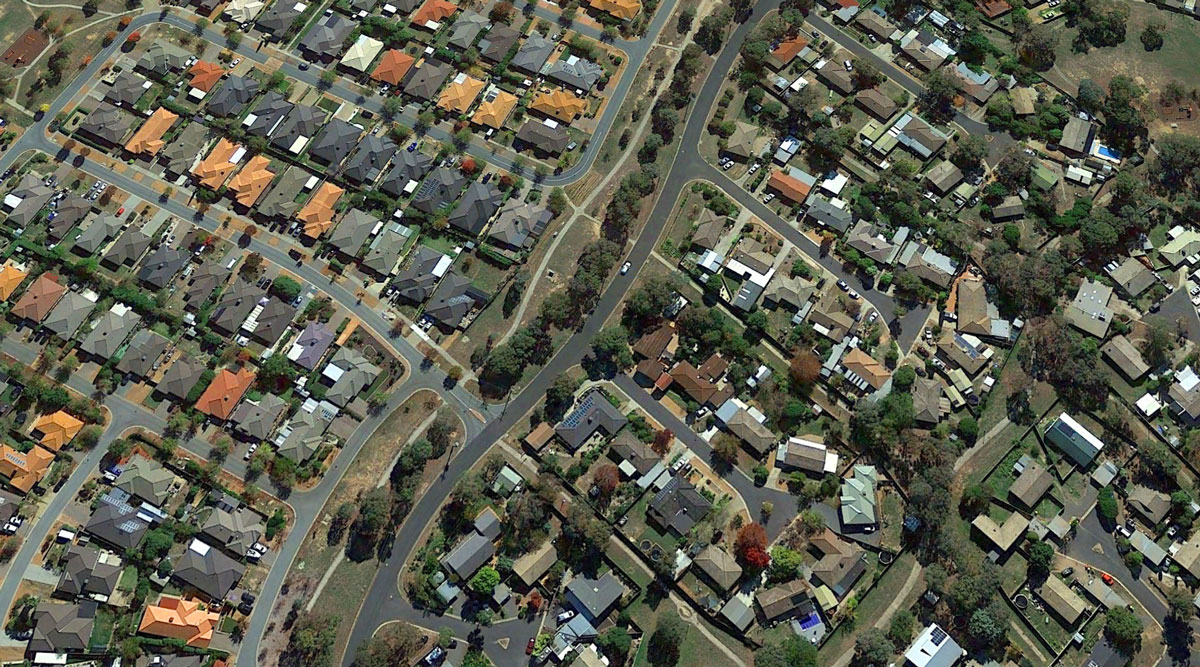 In response to my September 8 column on how the ACT Greens have turned their backs on biodiversity, a question popped up asking: “You’re a consistent opponent of higher-density development. Do you not think that urban sprawl is bad for the climate?”

The question is an example of a straw-man fallacy. The original issues are universalised, distorted and exaggerated and replaced with this fallacy argument that is then refuted by those who wish to avoid debating the real issues. Advocates for better urban environments have to constantly deal with straw-man fallacies.

Most residents accept that there will be intensification of Canberra’s established suburbs. The contentious point is how this could happen. What is being questioned is the laissez faire approach to planning and development by the ACT Greens and Labor. As it has been a long time since there has been an ACT Liberal government, residents have little awareness what difference they would make.

More than a decade ago, a researcher at Griffith University, Queensland, published a study on the disappearance of the Australian backyard that included a special mention of how things had changed in Canberra’s planning and development. Points were made using an aerial view of Charnwood.

On one side was the earlier more established planned suburb with an abundance of shrubbery and houses with ample private open spaces – gardens etcetera.

Whereas the other side illustrated the change. The houses are on smaller blocks, less room for front and backyard activities, and little chance of there ever being lush greenery and shade.

Pictured is a 2021 version of the same and shows how, after 20-plus years, the limited shrubbery to the left has matured as much as possible. The comparison with more established inner-Canberra suburbs is stark.

n the most recent Gungahlin suburbs, houses are usually larger again and are crammed together even more. They are heat islands waiting to happen.

What is not addressed in the Griffith research is that in the last decades the ACT Greens and Labor have enabled an explosion of apartment towers. The argument being that to avoid urban sprawl, 70 per cent of new homes must be in the current city footprint and somehow the logic is that these must be apartment towers.

There is plenty of evidence that the current number, style and design of towers in Canberra suit developers, but the majority do not deliver a high enough standard of quality of life. Nor are they designed to effectively deal with the coming climate crisis. Intensification is not about jamming bland and badly designed apartment towers into the town centres and along main avenues.

Survey after survey state that suburban blocks with stand-alone houses or small groups of townhouses or medium-size apartment blocks remain the preferred mode of living and they do not need to be crammed together with no chance of greenery and shade trees.

If the ACT Greens were interested in dealing with the climate emergency, then all the elements and complexities of good urban design would be a top priority. Instead, they have cherry-picked a couple of the issues and have largely gone missing when it comes to insisting that planning requirements deliver liveable suburbs that are going to efficiently mitigate the dramatic climate effects over the next decades.

Any house built recently should have already been designed to be passive and should have ample greenery and generous shade cover. While the newer Charnwood houses may one day be partly retro-fitted as the climate dramatically changes, those of the newer Gungahlin suburbs stand little chance of being retro-fitted.

Residents optimistically aspire to have a government that works with them to bring about intensification that meets future requirements as well as delivers amenities at least equivalent to what used to be provided.

The Canberra of the 1970s is gone but many of the former benefits remain. Suburbs should be upgraded and maintained as the city infills with well-designed, climate-ready, human-scale housing and adaptable landscapes with increased biodiversity.