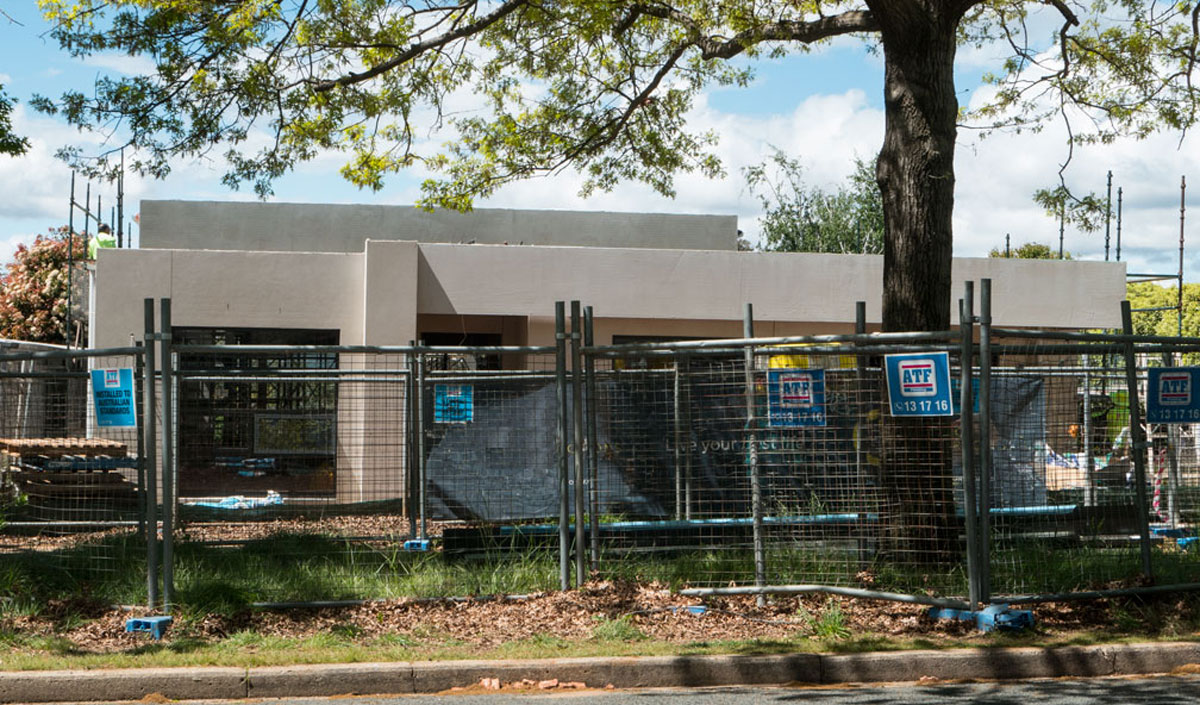 For most people, what happens with planning regulations tends to be of little interest, until the day arrives when it becomes the issue requiring their utmost concentration to work out what the hell is going on.

What follows reflects the utter dismay and frustrations being experienced by residents who have brought these stories to “CityNews”.

These two case studies are happening now – one being in Griffith and the other in Hackett. Both are well-established suburbs where change is happening daily and those changes are generally well-accepted. People want to improve their houses to suit new requirements including dealing with changes to climate.

However, these two examples are ones where the approved changes are beyond the pale. These are not unusual issues. These sorts of developments are happening all over the established suburbs on a regular basis.

The established suburbs of Canberra have a certain ambience and character that residents have come to enjoy or is that desired feature that attracts buyers to move into so that they too can share the pleasant surroundings of these established areas.

But what do you do when suddenly the block next to you becomes a knock-down rebuild that is to be a monster way out of character with the suburb and something that is about to intrude daily into the life you have established with your own household?

As one person involved stated: “What drives people who were brought up in what would be seen as a normal-sized house, to now want to build the equivalent of a resort as their family home?”

Both these cases involve that mystery of planning – the DA-exempt approval. To keep this short – this means that the neighbourhood does not have to be notified, that the approval is given by the developer/owner’s chosen private certifier and little information is available to discover what is about to be plonked next door to you.

In one case, the person has lived there for 35 years and is now about to have the joy of looking out from the back of her house on to a large entertaining area that is being built up to the boundary next door as part of a super-sized, resort-style house. She was told that she has had her 35 years, so maybe she should now consider moving on.

The other has a two-storey monster that will be occupying almost all the block. The neighbourhood has also witnessed that work is threatening a significant tree. The builders are showing no care at all in how their daily activities and, ultimately, the resultant super-sized mansion will impact the neighbourhood.

Queries to the authorities have resulted in the usual: your letter has been passed to others; we take these matters seriously; and someone should get back to you sometime soon. Gives you confidence that someone in the bureaucracy cares?

Now cast your memory back to that slogan of the 2020 ACT elections – “Building a Better Normal”. These two households are asking themselves is this what people voted for? Is this the commitment to the urban environment we can now expect from our ACT politicians and their planning and regulatory bureaucracies?

When you see what’s happening with these two sites, plus how the Labor/Greens government is putting out its daily spin and worthy words about what they are going to do to change things and how they have been saying this stuff for about a decade, the future looks very grim for any residents of any well-established suburb in Canberra.

A message to anyone reading this: your life may be peaceful now, you may be enjoying your garden and the ambience of your street, but rest assured that with this Planning Minister and his Planning bureaucrats in charge, any one one of you could be next.

Any reasonable-size house in your street on a medium-size block or larger, could be the next DA exempt (aka you have no say!) and becomes a knock-down/rebuild mansion with almost no biodiversity and greenery – because the monster mansion will occupy most of the site.

All the necessary community submissions are in – all that needs to be said has been said.

There must be someone in this government that thinks it could be a good idea to urgently change the way Planning is making a mess of people’s lives and ruining the sought-after areas of the city.

Please don’t even think about setting up yet another task force, another “Your Say” survey or send out messages about how you want to have yet another conversation and how you take these matters seriously.

Please go to work in the Assembly next week and make it your priority to do something immediately to have a real planning system in this city this year and thereby justify your taxpayer-funded comfortable salary.