A compliant NCA to be fooled again 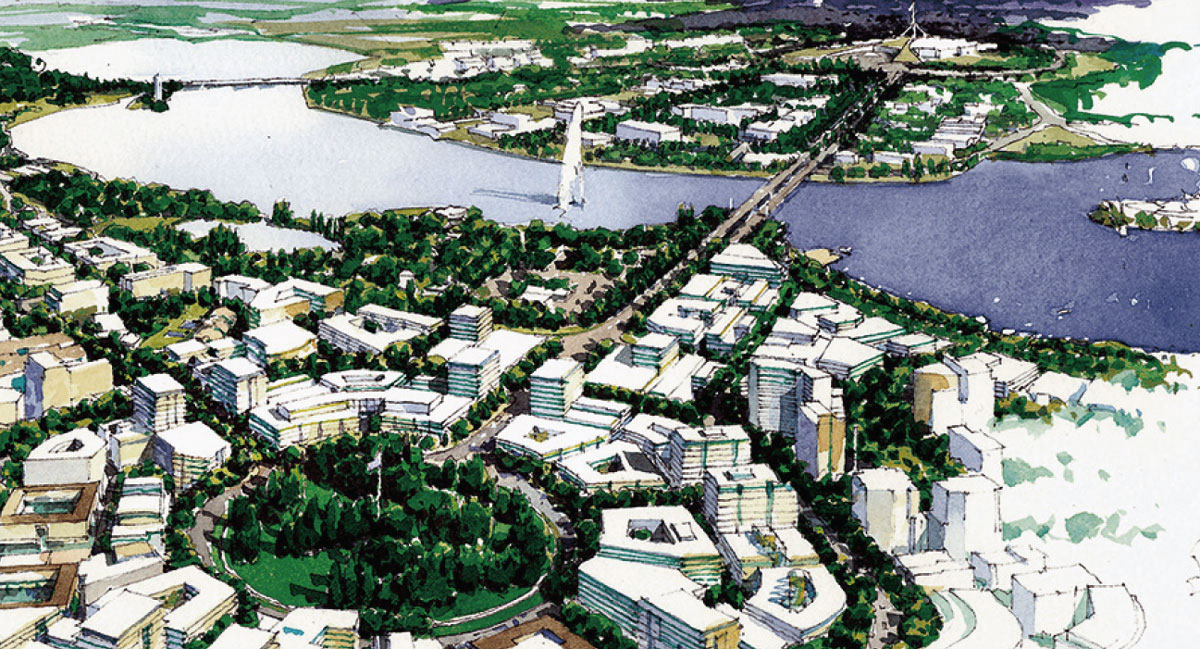 The ACT government’s proposal to “Raise London Circuit” for the tram was submitted for approval to the National Capital Authority (NCA) in October.

The documentation was 1363 pages of technical stuff along with an abundance of amazing spin. This proposal sidesteps the real intentions for this lakeside precinct. This will be a monstrous suburban foreshore development.

The Inner South Canberra Community Council’s December submission highlighted some serious issues about this proposal (on their website at www.isccc.org.au).

These included that the auditor-general had questioned the claims of financial benefits with the linking of this first stage of the tram to the West Basin development.

Even more spurious is a claim that this rerouting of roads would future-proof the transport networks and enhance opportunities for walking and cycling (the opposite is more likely).

Overlooked completely are the previous NCA proposals for Commonwealth Avenue and the bridge. Mysteriously, this complete messing with what is a reasonably efficient road system is somehow going to improve the urban amenity of the area – with nothing provided to prove that.

There are statements about improving the linking of Civic to the lake and creating easier interconnectivity for people moving around the precinct. The proposal delivers the opposite. Any improved links to Civic, if that is of any relevance, will not happen.

This document is an example of how this government works. It often states, without evidence, that aspects of the development are wonderful, then expects everyone to believe what was said no matter how ridiculous. There’s a lot of dubious stuff in this document.

A huge insult is that Marion Mahony Griffin and Walter Burley Griffin’s visions and love of the landscapes have been linked as a positive to what will follow.

That will be the massive over-development of the available lands west of Commonwealth Avenue – as shown in the image taken from the submission.

And what’s all that stuff on the southern side of the lake?

When the auditor-general stated the financial benefits did not add up, the government was not worried. It knows that the NCA is easily manipulated and fooled by spin and that once the tram to Commonwealth Avenue is in place, they will then use this to justify the massive developments, not just on the West Basin foreshore, but of all the nearby lands.

This will not be the hundreds as recently stated by Andrew Barr, but thousands of apartments on the lands surrounding West Basin and those beside Commonwealth Avenue.

It doesn’t really matter if the tram stops here and the tram to Woden does not happen, as there is huge money to be made from cramming developments into this new foreshore suburb.

It knows that the NCA has become a compromised and compliant body when it comes to such irrational developments. There’s also a thesis to be written about the ACT government’s use of user-friendly consultants.

In years to come, the tram on the raised London Circuit, together with the new West Basin foreshore and the first token parkland facilities and artworks, will be used to justify this apartment suburb.

They will be packed into spaces starting from Henry Roland Park, occupying the land 700 metres north alongside Commonwealth Avenue to Vernon Circle and including land 700 metres to the west behind West Basin.

It will be a massive change to the aesthetics of the city’s much-loved foreshores. As for those precious, historic views of the far mountains from Commonwealth Avenue – gone! The well-designed lake environment – gone, replaced with fields of tower blocks.

This ACT Labor/Greens coalition government is very accomplished at being sneaky.

These are the same politicians and bureaucracy that claim to be implementing planning reform. Given the duplicitous nature of this tram to Commonwealth bridge proposal, residents should expect even less transparency and honesty with anything to do with planning and development.

Boris Johnson would be proud of this neo-liberal laissez-faire, Labor-Greens, developer-driven cohort of self-seeking politicians.