More spin from the ACT Government 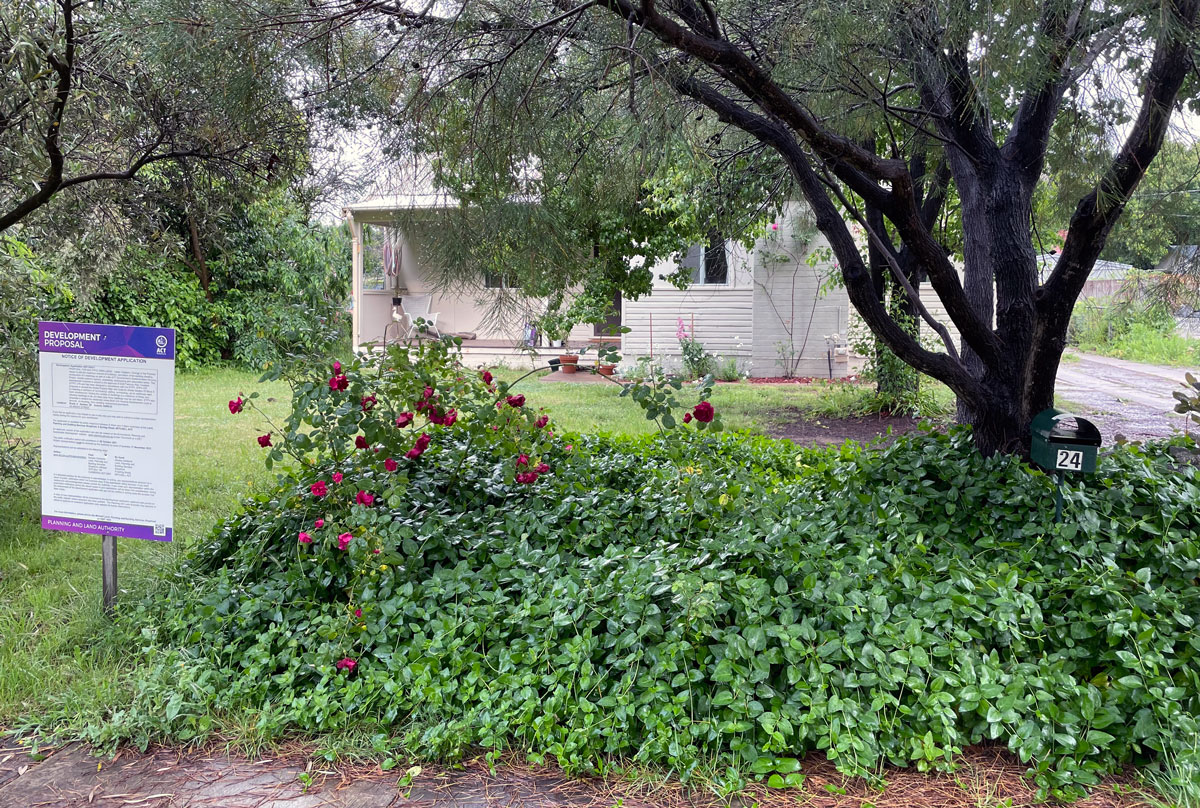 Last week ACT Planning Minister Mick Gentleman announced the approval for the draft variation for the first of the “Demonstration House” projects.

The proposal is for a co-housing set of three, two-bedroom, motel-sized units on Angas Street, Ainslie. There will be a fourth, two-storey section with another bedroom and some shared facilities.

The media statement was the usual over-the-top spin. These statements may have some useful news, but as usual it was buried behind a wall of alternative facts and hyperbole.

It is hard to comprehend that those who write this stuff think that anyone takes these puff pieces seriously.

The facts are that three people have used a generous government program set up by the Planning Minister’s bureaucrats to nominally encourage and assist new forms of housing within the residential zones – RZ1.

The problems being that nothing so far proposed is different from anything already available. For many of the other proposals, it is about a set of units that will be sold off once built.

This one in Ainslie is at least to be occupied by the three people behind the proposal. One couple plans to live in one unit, one other person in a second unit and as yet no-one has been identified for the third. This is an exercise in downsizing. The proponents call it ageing-in-place – although all involved will change suburbs.

The present Angas Street house is to be demolished – along with much of the greenery. This will be replaced with a larger building with less greenery. The result will be a sad example of decorating at the edges with fringe plantings.

This development will become part of the process of biodiversity reduction happening across Canberra.

Residents have consistently highlighted this major issue with knock-downs and rebuilds within older suburbs. Despite this, the Planning Minister has again approved a development that adds to the loss of biodiversity and the suburban tree cover.

The development ticks many of the environmental and sustainability boxes – solar, facing north and use of materials. Nothing new there.

There were many examples of co-housing across Canberra – with many built in the 1980s and 1990s. There were numerous examples in the inner north – many in Ainslie.

There are claims about how it will fit in with the neighbourhood. This is where the facts get wobbly. Angas Street is not your usual street. On the western side sits the large Ainslie Football Club oval and grounds.

The club has a proposal to cram housing units on to the spare land around its oval (and make a bucket of much needed cash). This will change the nature of the urban environment along Angas Street – and add parking to the street.

The street has the large Goodwin Homes complex to the north, a couple of dual occupancies, a set of seven townhouses (Angas Court), and a large-ish set of single and two-storey units at the southern end.

In November, the football club submitted a proposal to build a child-care centre more or less opposite the co-housing proposed site.

Interestingly, possibly as a reaction to this co-housing proposal, the two houses on either side of the property sold recently.

The one to the right for $1,250,000 in April and the other, to the left, on November 1 for $2,170,000. The former applied to vary the lease to add a health facility on the ground floor. Most of the residential sites along the street are prime for over-development given they are more than 1000 square metres in size.

Angas Street is developing an over-developed character different to the rest of the suburb behind it. Any notion of this co-housing proposal fitting in with the urban nature of Ainslie is misleading.

More likely it is now to be used as precedent for other multiple-housing units and variations to the RZ1 zoning along Angas Street.

There is little that is innovative about the Angas Street co-housing proposal. Given its support from within the government, it will likely go ahead.

The shame is that what may be worthy intentions that benefit a few, have overridden opportunities and need to increase the suburban biodiversity. So much for the climate crisis.

The real danger will be the ingenuous spin soon to be used to justify inappropriate variation proposals in other suburbs under the guise of being Demonstration Houses – such as the proposed Griffith block of flats.