More about Geocon in Kingston 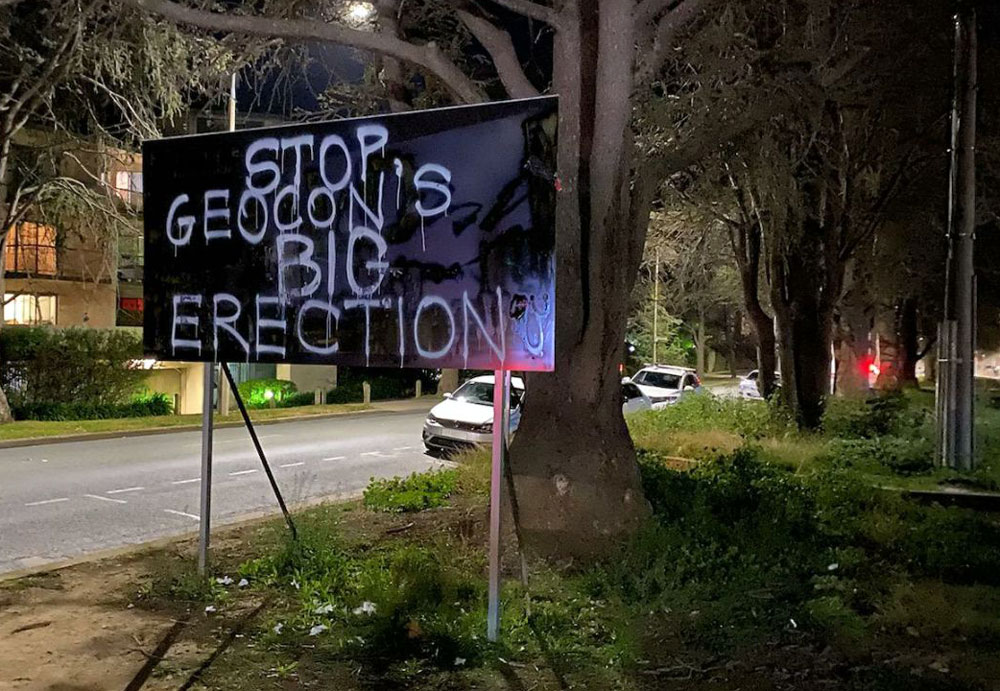 When the spin doctors for Geocon published the proposal for an eight-storey tower in the middle of Kingston (where two is the norm and three/four nearby), the locals were not happy.

Their protests have taken many forms including the usual submissions, emails, phone calls, meeting with politicians, meetings with the spin doctors (planning consultants) and meetings with locals and businesses in the immediate precinct.

Late last week one of the “SOLD” signs in front of the building to be demolished was painted over with a warning sign about what was about to happen.

Then something strange happened.

Apparently, the person responsible was pressured into changing one of the words as someone had taken offence to the use of the word “erection”. 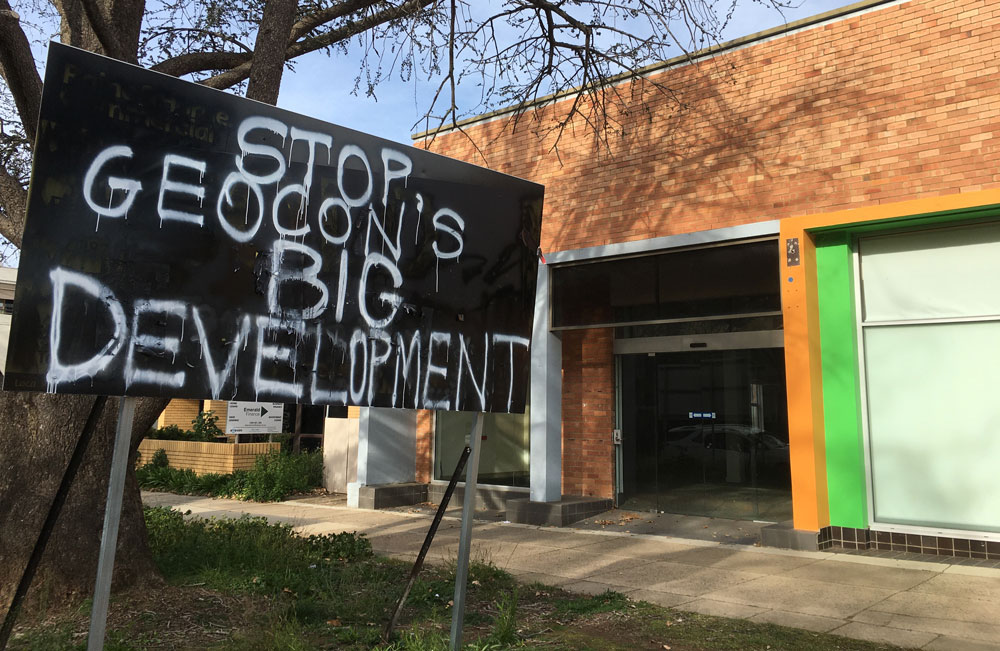 In this context the sign maker was obviously using the word erection for when it is used to designate a building (defined as something erected, as a building or other structure).

I am sure that’s what they meant!

Despite this, the sign changed and the word “development’ was painted over the former word by the next morning.

Meanwhile, others had been busy around the Kingston shops.

Several notices had been postered up on the available notice boards, encouraging locals and the candidates for this year’s election to get involved. These were put up in the evening late last week.

By early the next day all these posters had been vandalised or removed. 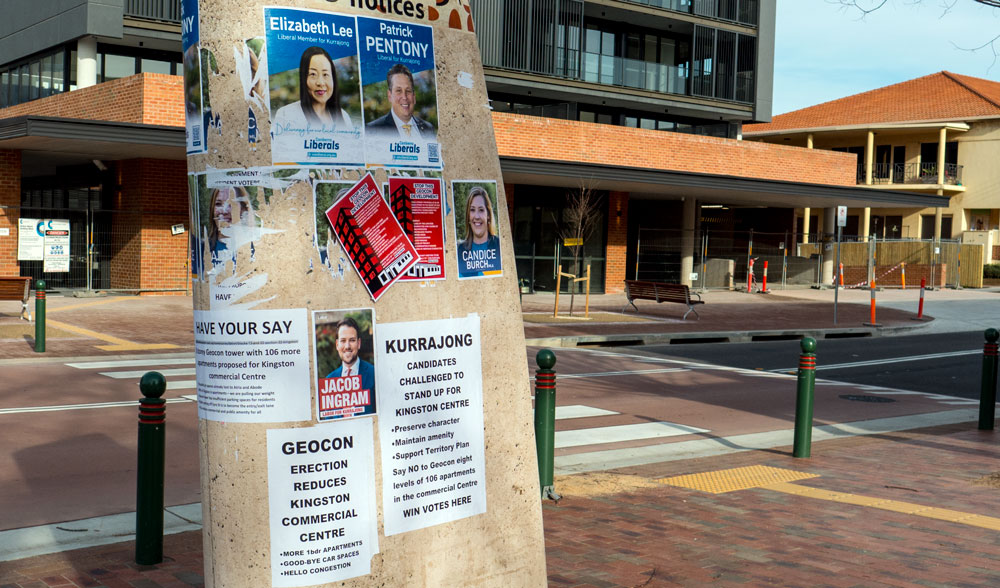 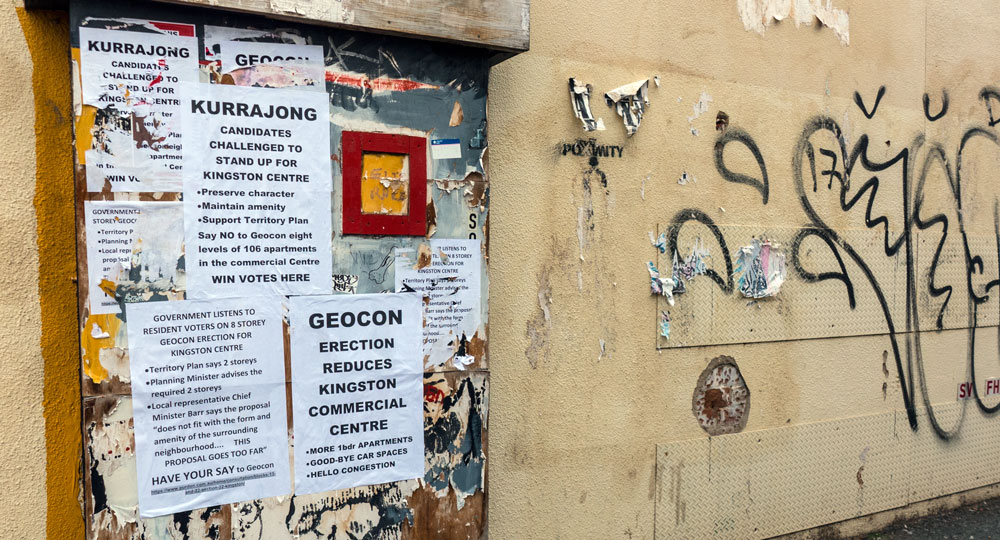 The poster makers were quick on the job and by early the same morning all the posters had been replaced and as of Saturday, when these photographs were taken, they were still in place.

These happenings, the poster wars and changing signs, come on top of the Chief Minister’s personal email expressing his disapproval of this proposal.

These are not goings-on that happen every day in the world of Canberra’s planning and development.

But we could definitely do with more fun things around the onerous efforts by community members in their efforts to keep the spirit of the Bush Capital alive and well.

This Geocon launch into central Kingston is becoming very interesting thanks to efforts of locals.