Reminder of the Dickson Land Swap 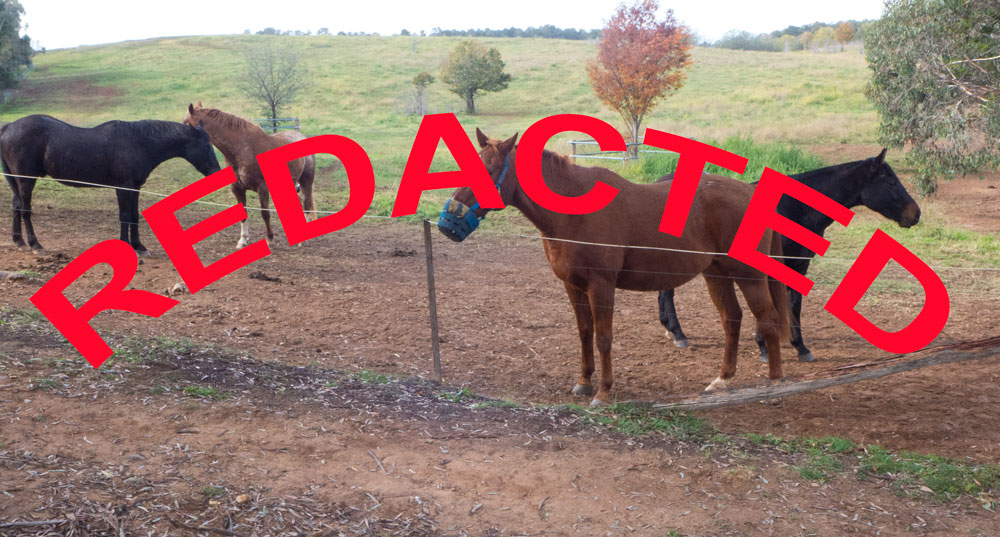 With the ACT election now just over two months away, Chief Minister Andrew Barr would be urging his colleagues not to remind the electorate of the infamous Dickson land swap.

That’s the deal between the government and the Dickson Tradies where we are yet to discover just what happened because the box of files went missing when the auditor-general was seeking answers.

The electorate remains in the dark about how the Tradies seemed to have been the winner with possibly a million of more cash – our money.

Inner-north residents have not forgotten the deal given the goings-on around Section 72 Dickson. Part of this community site was swapped for the car park site in front of the Tradies.

What could be the worst that could happen to remind everyone about the lack of transparency, the denials, the behind-the-scenes goings-on, the disingenuous spin and use of alternative facts that were used to try to cover it up? Simple, do another deal in this year – the election year. That should get people’s attention. And it has!

The amazing new secretive deal is the land swap between the NCA – which gained the North Curtin Horse Paddocks – and the ACT government – which gained a strip of the lake along West Basin.

The NCA says it needs the land in Curtin for more embassies that may show up “sometime”. Who knows when because no straight answers are available from the NCA.

And the collateral damage from this secretive deal? Out go the equestrians who had been granted use of this land and battered down is the wildlife that uses the corridor.

Meanwhile, the City Renewal Authority gets part of the lake to be filled in so that all the foreshore, being mostly green parklands with trees and biodiversity, can be bulldozed for a suburb of apartments.

We all know we need more apartments especially on the foreshore? At least the Authority will have something concrete to boast about, even though it will be horrible.

It has been suggested that this massive intrusion on the landscape will be an improvement on the number of temporary pop-ups it has plonked all over the inner north. And what a waste of money they have been!

On Monday, July 14, the same day that the 1975 “Palace Letters” were made public at last, former Chief Minister (and “CityNews” columnist) Jon Stanhope received an email that was a slap in the face, not just to him but to the voters of Canberra.

Residents yearn for a government to be upfront, to be honest and to be transparent in how it deals with planning issues. Instead, Andrew Barr’s Greens/Labor government has done another land swap and this comes with all the trimmings. 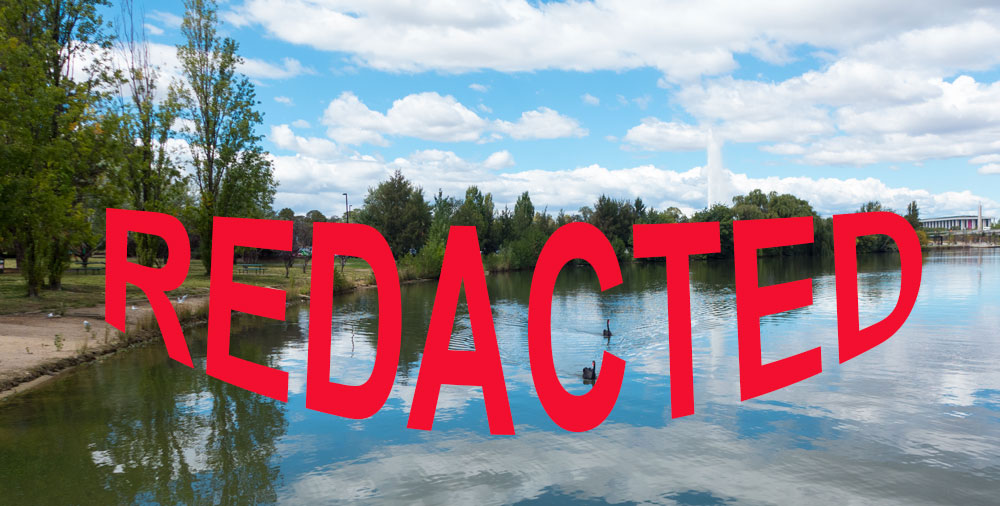 Yet again there’s a lack of transparency, denials, the behind-the-scenes goings-on, and the usual spin and alternative facts being used to obscure what actually happened.

What Jon Stanhope was hoping to uncover through a freedom of information request were the details of the deal that was struck between the NCA and the ACT government. Last Monday he received a 30-page document with about 23 pages completely blank. On these pages, whatever they were, the information was completely redacted.

On other pages someone had carefully redacted bits here and there, including parts of the questions that Jon had asked.

You have to be kidding! Is this what this Greens / Labor Government thinks of how it should treat its own voters. This slap down is a clear sign that someone in charge of this government thinks that there is no need to be honest and transparent about this latest secretive land deal.

Andrew Barr and his Greens colleagues go into this election with not one but two very questionable land swaps. Not a good look. Will the Greens and Labor be boasting about them at election rallies?