Time to stop being polite to rude people 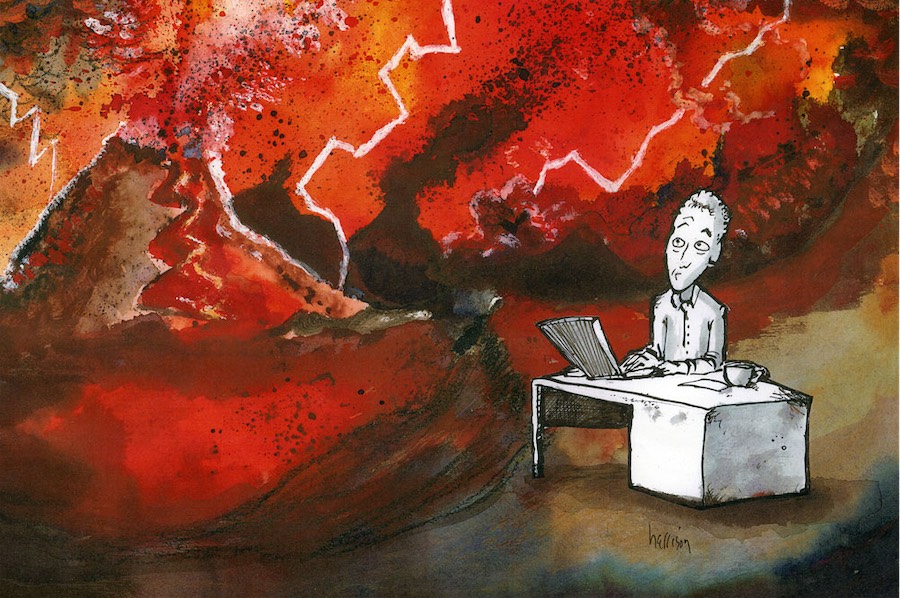 Some of us sit at desks writing loads of stuff to bring about change while the barbarous politicians and bureaucrats just keep on doing what they do best – wreck the joint!

With the ACT election due in October, residents are not ecstatic about the state of the political process. When it comes to planning and development, the ACT Labor/Greens coalition government seems to have no shame in the shocking way it deals with residents.

Community groups and individuals have long suffered the pain of this strange culture that operates among the ACT ministers for planning and urban stuff, the charming Planning Directorate and now with the City Renewal Authority (that bureaucracy we did not want).

Residents with regular contact with these agencies have painful experiences of the ACT government’s undemocratic and unfriendly processes. Does this special charm come in a bottle to be applied before each contact with a resident?

The ACT Liberals have made little effort to define themselves as an exciting band of politicians keen to be the ones to deliver a people-friendly form of government. Having a leader who voted to privatise the ABC was not exactly a bright move.

A couple of independent candidates have emerged but no Jacinda Ardern or Sanna Marin (Finland) have appeared yet. Residents have little evidence that things would be different with any of the candidates and expect that a change of government would be more of the same. What hope?

Depressingly for people who are proud of the national capital, the current leadership of the NCA has joined the ACT government in its rush to the bottom of how to conduct themselves.

Amazingly, the ACT government will most likely suffer little repercussions for another questionable land deal. This government has adopted the uncomfortable governance model that dirty and often secretive deals can be done because recent events have proved that the accountability systems are so tarnished that there will be little consequences for those involved.

All this energy draining stuff is what Canberra’s community councils and residents’ groups have to deal with constantly – it just does not stop.

Residents’ groups continue to do research, undertake surveys and put together submissions to have a community voice recognised.

Despite the high quality and high number of submissions, they know that this government pretends to be listening to residents.

Most of the time the result is that the bureaucracy quietly ignores the community views and carries on doing their thing – because in their reality what they do is for the greater good. What would people who live in the city know?

From the community point of view, opportunities are being lost daily that could have seen the city be enhanced to be something different to so many other cities that have allowed themselves to be lacking in good architectural and landscape design and dominated by bland box towers.

Despite being regularly sidelined, residents’ groups have miraculously remained positive, and are usually polite and friendly in how they interact with this government and its bureaucracy.

There’s loads of good work and advocacy being done – and heaps required between here and the October elections. Maybe more direct action could be required.

Maybe being polite is a mistake. Should the equestrians of North Curtin be mounting a cavalry charge on the NCA? Should the Lake Burley Griffin Guardians be investing in a gun boat to defend West Basin.

The good people of Canberra have good representation through their community councils. Their leaderships are hard at work during this crisis. Changing the culture of this government can be achieved. It will take a lot of work. Join in. The future of our city depends on it.