and how it is being lost 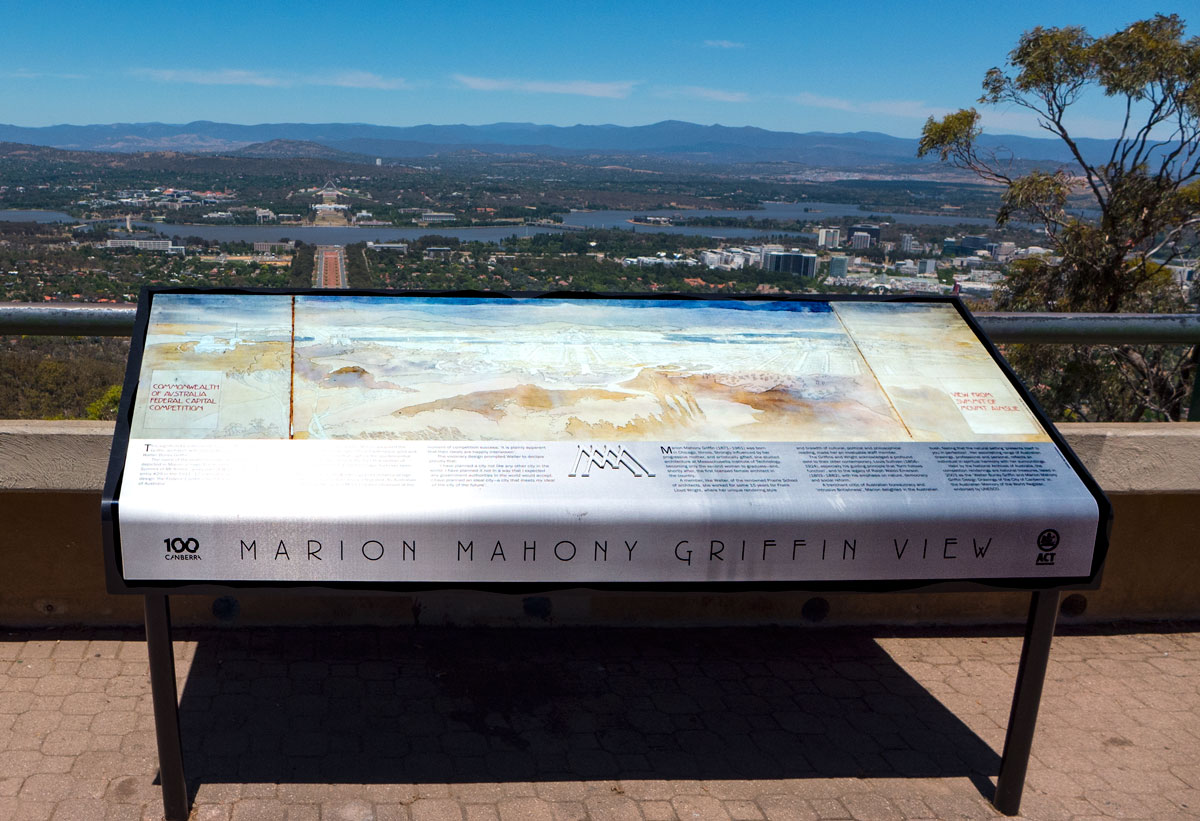 When Marion Mahony Griffin provided those glorious drawings for the submission to design Canberra, she included a distant view of the mountains.

She understood the power of the landscape and being able to see the horizon as part of living in a city.

Today, having a view of the distant horizon is one of the pleasures of moving around Canberra.

Being in enforced and then voluntary lockdown on and off over the last two years has meant a denial of the pleasure of driving away from Canberra and enjoying the changing landscapes of the country between here and, say, Sydney and Melbourne.

However, this has meant that the occasional driving experience within the city and the Canberra region has been a pleasure to be cherished.

There are many vantage points to be enjoyed around the city. Hopefully, people caught in the morning and evening traffic jams on the parkways get time to appreciate what opens up before them – besides the lines of stalled vehicles.

Seeing the distant horizon has the effect of placing you in the context of this part of the planet we are lucky to inhabit.

One experience well remembered happened when making a dash to Gungahlin one evening for hardware. This meant entering Horse Park Drive from on high from the Federal Highway turn-off.

Before us was the evening sunset over the distant Brindabella mountains. Thoughts turned to whether people in Canberra still appreciate how these views were not accidental, but were part of someone’s vision for the city.

When such a view encompasses suburban areas and their greenery, it is also a reminder of the beauty of having generous green infrastructure and, within that, a healthy biodiversity. Having such surroundings and being able to see beyond the horizon is a significant bonus to living in this city in the landscape – a city located in between hills and in the sight of mountains. Marion’s vision did become a reality.

Does anyone in this government appreciate what they have been handed as stewards of an internationally significant landscape?

The evidence of recent times is that the city’s politicians and their chief bureaucrats no longer value the landscapes and the views that Marion and others have handed down to them.

Their priorities are more about keeping their jobs and enabling their friends to make loads of cash from developments.

The city and its landscapes could benefit by having designers and planners with a vision that builds on those before – such as those of Marion Mahony and Walter Burley Griffin.

Who is to provide this leadership in design and planning – along with a vision for Canberra as a 21st city in a landscape?

I suspect it will not be the present cabal of Labor/Greens politicians. They have become specialists avoiding engagement with residents and resist completely intelligent discussions on city design, landscape design and urban planning.

Instead, they and their chief bureaucrats respond to the queries from residents with disingenuous spin about how things will be better when the chief planner reforms the planning system – that is messed up completely.

With the way recent suburbs have been developed and the illogical and insensitive nature of the way the planning and development chief bureaucrats have pushed through major projects, any vision will not be forthcoming from those senior levels of this ACT government.

As for the ACT Greens, they have signed away any credibility with their compromising agreements with Labor.

Despite all their spin, there’s little in their actions that would indicate a credible vision for the city based around aesthetics, landscape design, biodiversity, architecture, planning, green infrastructure – let alone honouring and building on the vision of Marion Mahony Griffin.

Rather than fighting the ever-consuming battles over the latest shocking development applications, the community sector and residential groups need to shift the debate around planning on to things that matter.

Far more concentration should be applied to extending and continuing Marion’s vision for this to be a city in a landscape with an even richer biodiversity – with views of the hills and the horizon readily available for all to enjoy.