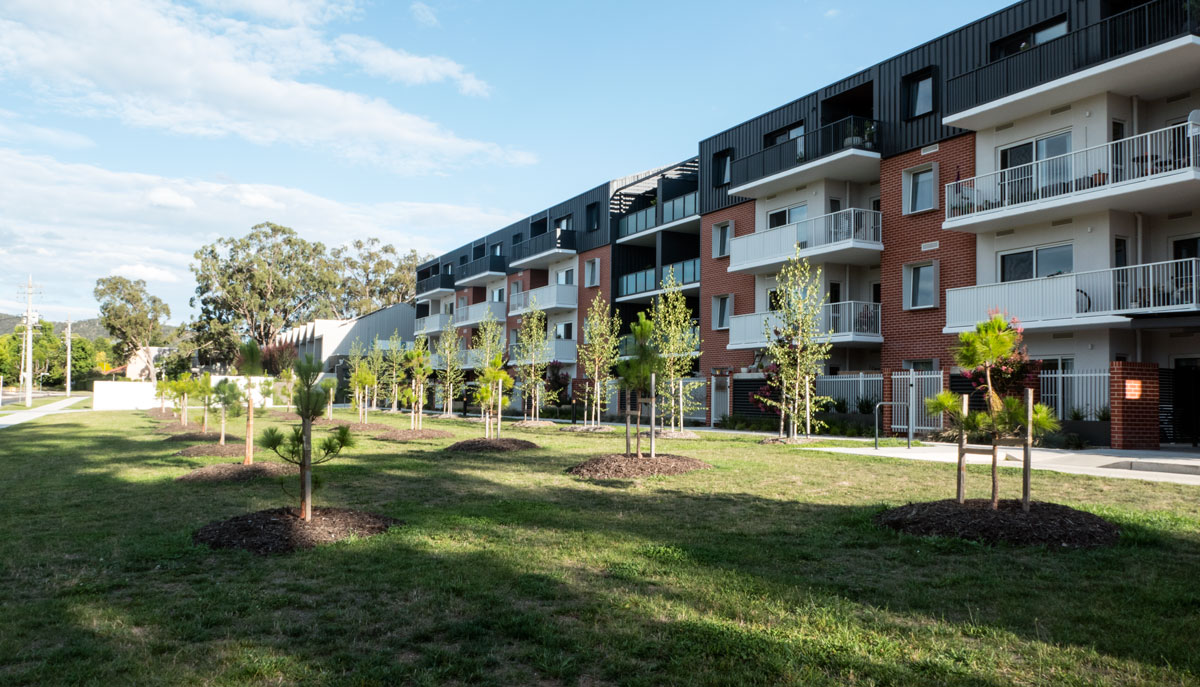 The trees along Bradfield Street, Downer, have been the subject of debates in Downer for at least a decade.

These trees formed a magnificent line of very tall pines that had become part of the character of the suburb.

Alongside and linked to the future of these trees was a decade of many proposals for the old school site (just north of the shops and community centre). Originally it was to be a multipurpose site with community uses and housing – both private and social housing.

They were originally planted many decades ago as a windbreak around the edges of the park in central Downer. Birds loved them. They had become part of the aesthetic background for residents.

Then came the shocking proposals to build towers on the site – with these being the same height of the tallest pine trees. That all ended badly with everything going back to the drawing board and the tree issues remaining unresolved.

The next major shift was the site development was taken over by the progressive Community Housing Canberra.

Then disaster struck in the form of Andrew Barr stripping from the corporation the financial means to realistically deliver on its social-housing agenda.

For the Downer site, this formerly national-leading community housing provider had to treat the Downer site as a major commercial venture to make some cash for other social housing initiatives.

Somewhere along the way, the decision was made that the tall pines along Bradfield street had to go. Locals tried in vain to save their trees.

They even wrote to Rebecca Vassarotti, the then government representative on the board for Community Housing Canberra. They received one of those bureaucratic spin letters written by a political minder that said not much, except – go away!

Along the front of the two completed stages, those trees are now but a memory. They were chopped down.

All of the above is now history. People have bought into the two stages with the central building, The Bradfield, having new trees planted in front not too long ago.

The strange thing is that the first stage has nothing in front, except lawn.

The new residents love having trees out front. The residents love the fact that those on the Bradfield Street front have ideal solar – with the building facing slightly to the east of north – so that for most of the year they enjoy early sun through to sunset.

The truth was that the former trees were not loved by those who worked in their shadows in the school buildings. The former trees would definitely have reduced the solar to the new buildings. But no matter what views people had – that is now history.

Three rows of trees have been planted along the central buildings. Deciduous ones closest to the buildings. The other two rows are a different pine tree as designated by the ACT Heritage Council.

These new pines will grow to be as tall as the previous. Therefore, sometime in the future – bang goes all that great solar that residents had bought into. They did not know that these giant trees were to go in front.

Communications happened between a resident and their local politician who is also an ACT government minister. That would be Rebecca Vassarotti MLA.

The end of those communications was a letter written by a minder. I have seen the letter – but the words that follow are my interpretation.

The letter stated that the office has responded to the latest queries, that the issue now sits with the Heritage Council and the Minister cannot interfere with that “independent body” (that sits within the Planning Directorate structure), and that no more correspondence will be entered into on this topic.

Despite these setbacks, the new residents are working through other ways to have the inappropriate solar-killing, 25-metre pine trees replaced. Their options to approach locally elected government politicians is limited – being Andrew Barr (who refers this stuff to Rebecca), Shane Rattenbury (who refers this stuff to Rebecca) or Rebecca Vassarotti (who, according to her office’s last letter, refuses to respond).

Reminder: These residents love trees. They would love to enjoy seeing trees out front – with birds. They really enjoy their sunlight. They remain determined to see this through.

Hello to any local politician who still wants to represent residents from your electorate. Get in touch with these new Downer residents and talk to them to find a solution to provide certainty about their solar amenity.

They are friendly people.

Watch this space – there’s more to this story yet to be told.