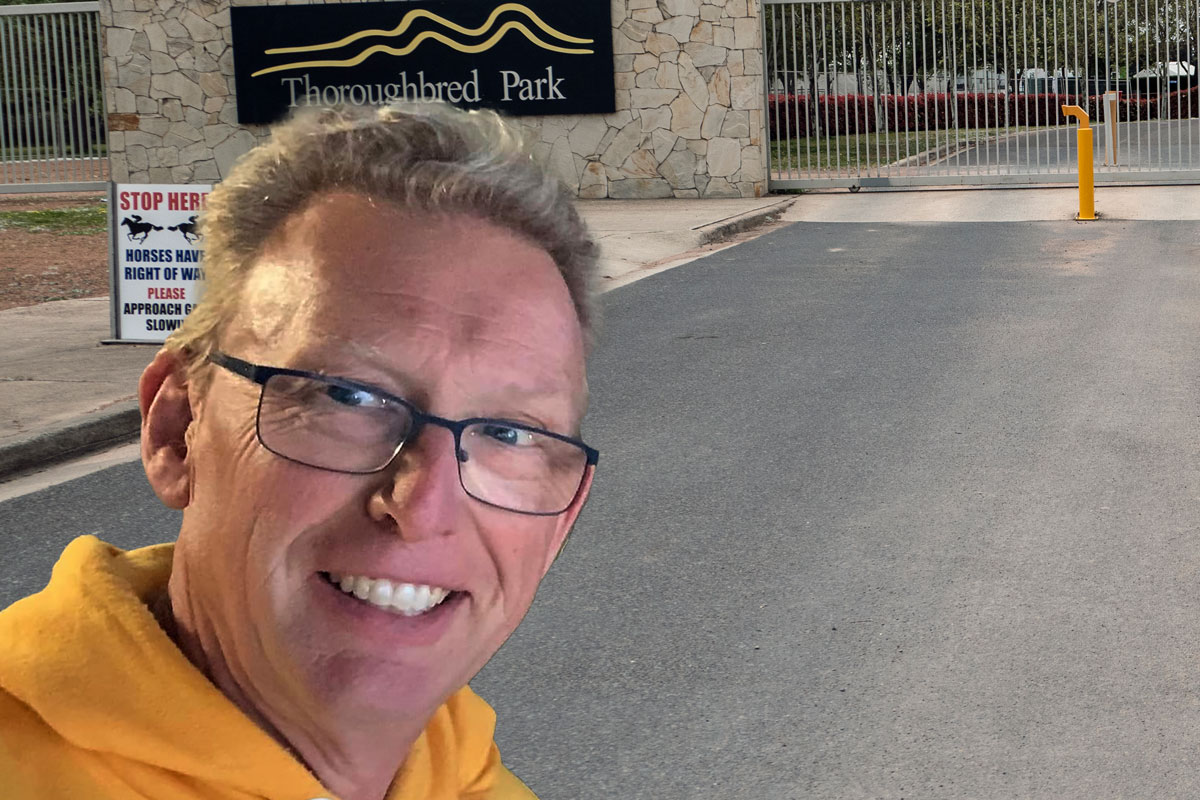 There was almost instant outrage on 1st November when the ACT planning chief and his planning minister released documents on the next stages of the ACT Government’s proposed planning reforms.

Within these were the ten district strategies. Within the strategy for the Inner North, were options for the future of the site presently occupied by ACT Racing – Thoroughbred Park.

The ACT’s Opposition Shadow Minister for Gaming (not Gambling) is the Canberra Liberal Mark Parton. On Wednesday 2nd November he was in the media lashing the Greenslabor government for, without prior consultations, proposing that ACT Racing would be shoved off its site to make way for urban developments to pay for the tram.

The concept of Canberra not having horse racing was scandalous and even more cruel was that the announcement on Tuesday was one of ACT Racing’s sacred days – Melbourne Cup Day – a day for maximum gambling opportunities.

Mark Parton put the boot into the ACT Greens for his perception that they are dictating to Labor about this proposal. Mark is also upset that the ACT Greens tried (unsuccessfully) to stop $40 million of ACT Government money going to ACT Racing.

Reality check. The documentation being howled at contained two options for discussion. One being what ACT Racing had already proposed – to develop some of its lands for residential to help pay their bills. Apparently, they are not making enough money from gambling.

The other option was for the whole site to become mix use with the site coming back into community and other uses.

This latter proposal has been talked about publicly by community groups keen to see this inner suburban site put to better uses – including a major parkland. No one has proposed that ACT Racing be closed although no site has been identified for them to move to – yet.

Following Mark Parton’s outrage and the equivalent rage from ACT Racing in the media, there was a statement or two from the chief minister that ACT Racing would be staying on their site for as long as they wanted to do.

The statement included an acknowledgement that ACT racing would be soon benefitting from the development proposals they have been talking about for the last year or so. These proposals involve changes of lease and the massive redevelopment on land they no need for racing and gambling.

The ACT Chief Minister’s response indicated support for ACT Racing’s change of use for a large swathe of their land (probably a concession gift originally) and likewise for their development proposals.

No development application has yet to materialise but it seems that there will be support from the Grand-Poo-Bah of planning.

The concept of them moving off the site to make way for the land to come back to the community not getting support from either ACT Labor or the Canberra Liberals.

Mark Parton has every right to take the high moral ground and slam those involved with threatening his beloved ACT Racing. That’s what politicians do when the issue is close to home. He is close to horse racing and this gambling industry.

The shame for the Canberra Liberals is we rarely see so much passion for arguing for society issues such as environmental, climate, homelessness, housing matters, good design and open spaces and landscapes.

The Canberra Liberals crafted some polite statements when ACT Housing tenants were listed to be booted from their homes by Yvette Berry and her bureaucrats. The ACT Greenslabor government was keen to get desperately needed cash for ACT housing given that most housing moneys had been stripped out for the tram. There was a lack of passion by the Canberra Liberals in response to those heartless evictions.

Their muted stance on the eviction and housing matters, many urban planning and development issues and the de-greening of Canberra by Greenslabor has not presented a clear insight into what the Canberra Liberals value.

People do not know what they are prepared to stand up for – except gambling and racing. The clock is ticking on those October 2024 ACT elections.