Self serving ACT Government planners on a crusade 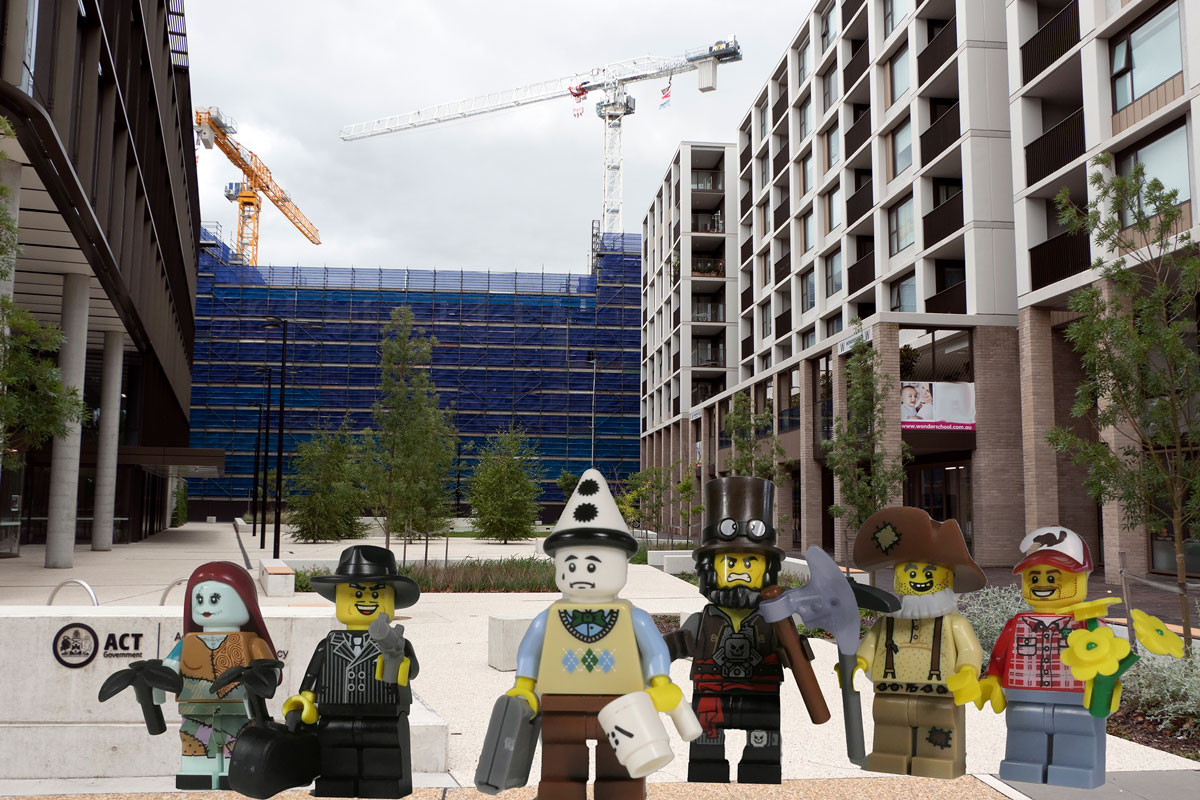 The ACT Government’s planning reform stuff has been rolling along for a couple of years.

The politicians and bureaucrats have preached about how the new reforms will fix so many urban development problems. Most Canberra residents would have no idea of what this is all about.

Community councils have been visited recently by the government’s planning crew, led by the chief planner. They have presented colourful PowerPoints along with the usual planning speak that sounds wonderful to the few who have a clue what they are going on about.

In 2021, during a series of workshops on the fundamentals of planning, three key themes were identified. These were: Confidence, certainty and clarity; Trust and transparency; and Consultation. Sounds good.

Despite the commitment to develop a planning system based on these themes, there is nothing in the 2022 planning documentation that responds to them.

One of the many gripes about the present planning system is that decisions are made behind closed doors – with little transparency. For residents who write submissions, respond to policy documents and provide feedback on development application, it is rare for resident’s voices to be transparently acknowledged, interpreted and taken account of in the final decisions.

The same has happened with the consultations for the latest planning reform documents. Decisions are made on drafts but nothing is explained as to how there were arrived at and whether the community’s feedback and submissions were considered.

Greenslabor politicians have boasted that the reforms will deliver planning that is simpler than the present (as made complex by the planning chief) and will put people at the centre of the process. Any politician still spruiking such claims are being wilfully naive or telling porkies.

What is being proposed is a re-write of the former planning regime to become a system designed with less access by and less consultation with the residents. It will not be simpler – it will be more complicated and less accessible.

The planning reforms as proposed will reduce transparency and will lead to less confidence, certainty and trust in how decisions are being made. Which bring us to the real motives being these pseudo-reforms.

For the last decade this planning directorate has consistently approved development applications that go against its own rules. This has been highlighted when occasionally residents take an appeal against an approval to the appeals tribunal. There are well known cases when the tribunal has overturned the approval and sent it back to the directorate with a comment such as “reconsider this development application according to your rules”.

This has been very irritating for the chief planner. The 2022 planning reforms are about fixing this annoying problem. Their proposed system will have rules that are more porous and up for wider interpretation (by the planning crew), the links to the community will be vague, the planning chief increases his power to interpret how the rules will be applied (if at all) and the politicians elected to the legislative assembly will have less oversight on how and why things are decided.

The pseudo-reforms are being manipulated in plain sight to deliver a system that is more in line with the planning directorate’s work culture and its  preferred ways of operating. That being with less interference from residents, less opportunities for the independent appeals tribunal to be involved and less involvement by the elected politicians.

If this set or reforms are not rejected, people will need to forget any notion of climate being addressed in suburban development, de-greening of the city will continue, neighbourhood character will be bland and boring with more heat islands and the city’s rich biodiversity will be seriously eroded.

This city belongs to its residents – not to a cabal of unelected, short-sighted government planners.

I acknowledge my use of and encourage people to read Richard Johnston’s excellent analysis of the proposed planning Bill and the associated reforms.