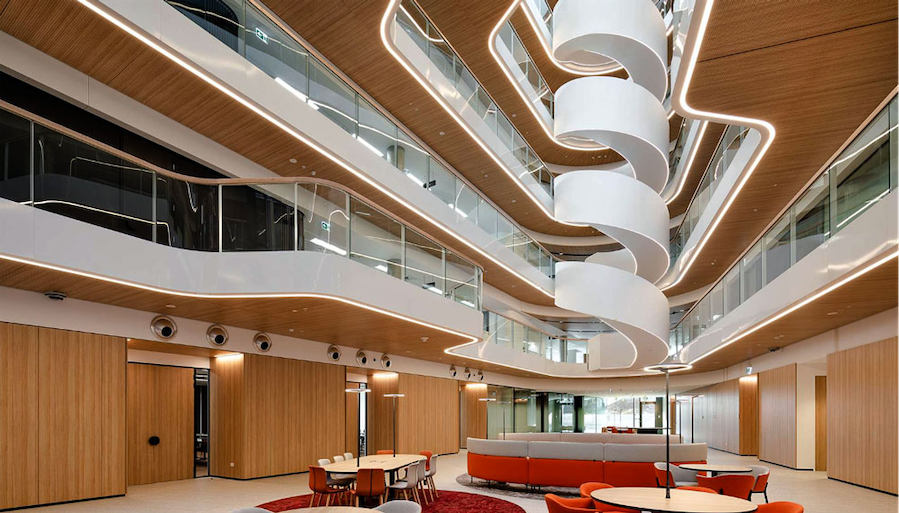 The ACT Government’s planning directorate has an impenetrable structure that reminds me of the “Star Wars” concept – the Borg Hive – called The Collective.

Anyone who is assimilated into this collective is transformed from being a thinking individual to being a drone – they no longer speak plain English, instead they mutter the spin of the day.

The above pic taken from the architect’s website shows the rarified world in which the ACT planners roam about pretending to be looking after Canberra. 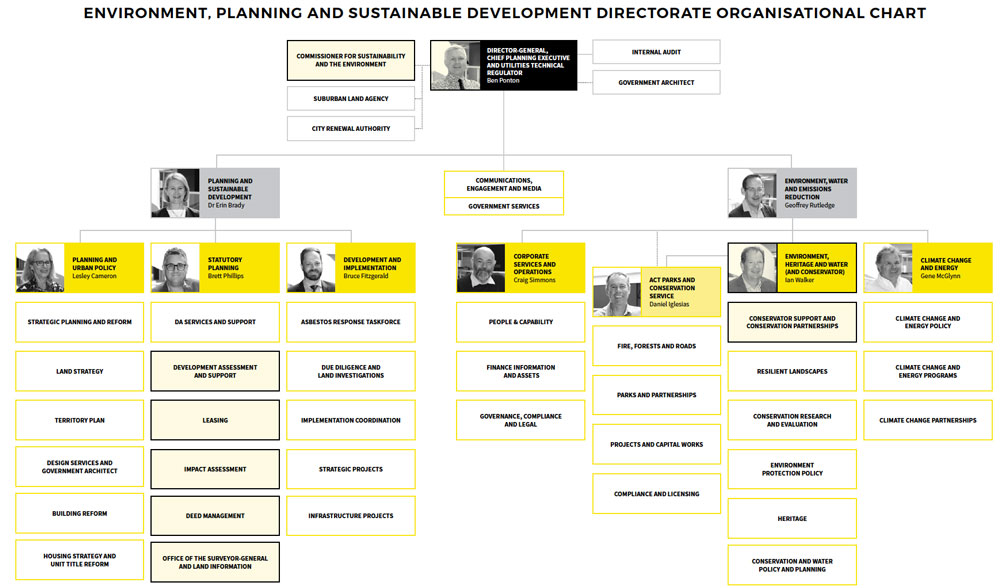 The directorate should be functioning as an agency of the ACT Labor/Greens government looking after the interests of the people who live here. This chart says otherwise.

For a government that brands itself as being progressive, it should be wondering how equity is practised within this secretive directorate. Eight of the 10 faces of the chiefs of the directorate are male. There is no-one with an obvious ethnic background outside of the usual white-European brand.

This is a circle of senior bureaucrats talking to each other and making decisions on urban issues with little possibility of identifying with Canberra’s diverse communities – those aliens who must be resisted.

One of the biggest myths of this government’s governance practices is that there are independent bodies within the bureaucracy. Mysteriously, these independent bodies, such as the City Renewal Authority, the Suburban Land Agency and the Heritage Council are independent while part of the directorate – answerable to the Head Borgs – Ben Ponton and the ACT Planning Minister (whoever that is).

In 2012 it was announced on the directorate site that the independent Planning Authority (ACTPLA) had been assimilated into the directorate. Yet the myth abounds still about it being independent (whatever that means in bureaucratic terms).

Within this directorate sits another so-called independent authority – the ACT Heritage Council. It does not get a mention on the organisational chart. A clear sign of its standing within the collective. Another oddity is that within the current legislation, its powers can be devolved to the Planning Directorate chief. So much for even pretending to be independent.

Heritage has such a low profile that when the directorate moved house recently, some of the stored heritage items went to an auction house (only to be recalled), some were hastily lent out for safekeeping while rumours abound about what went into the bin.

The Heritage Council is now being packed with outsiders to Canberra – possibly because any real local experts like this city and can’t resist looking after its heritage landscapes and views.

Surely, anything to do with green infrastructure, heritage and climate should not be a subset of planning. Along with many other units within this directorate, they should be separate to the directorate so that they can demand that their planet/people-oriented agendas are not compromised daily to the needs of development and profit.

The governance of key urban units needs to be changed so that they have a chance of achieving something real in our lifetime.

The people of Canberra should not have to wait for the chief planner’s snail-paced planning review that has been plodding along for four or more years. Don’t be surprised if the chief or that planning minister soon announce again how they are working to one day make the planning system simpler for someone – but not you and me.

The problems of this government’s planning and development agenda and its approach to climate change stem from the top.

The archaic bureaucracy collective that forms the planning directorate is overdue to be broken up for the sake of Canberra’s lifestyle and the city’s contribution to the future of the planet. This directorate is working as if climate change has been paused. It has not.