How to get hospital planning so wrong! 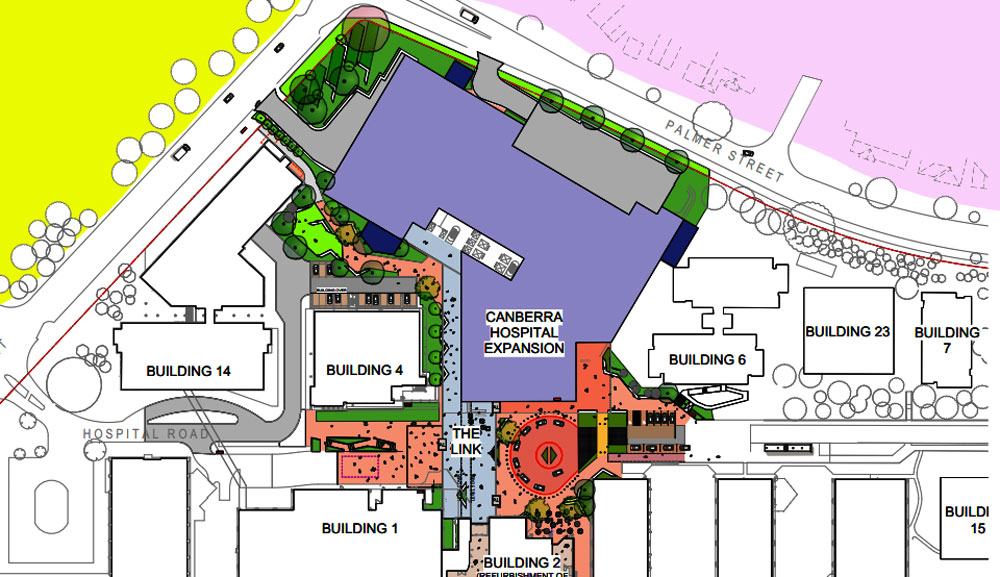 When government bureaucrats present at community meetings, their spin and prepared lines do not go down well.

This happened in March when a bureaucrat presented to the Inner South Canberra Community Council (ISCCC) on the expansion to the Woden Valley Hospital.

This was another government consultation when residents thought that maybe the government wanted to hear from them when, in fact, it is about the government providing information.

Most of what gets presented is not negotiable. And even worse, if there are valid questions, the response can be very patronising. This happened at this ISCCC meeting.

When asked about the critical issue that the proposed hospital expansion would put ambulances on to small suburban streets with the local school being right there, the response was all about how wonderful the ambulance drivers are – and how they are well trained. Say no more.

As has been set out many times in previous media articles, the city is in dire need for better hospital facilities. Time and time again, it has been pointed out that what is being proposed is flawed for more reasons than I have room here to revisit (Google: WVCC Submissions to the SPIRE Inquiry extended)

Look at the illustrated plan taken from the government website. I have highlighted the top left in yellow as on their diagram this area is blank, but the reality is this is the local school someone is pretending not to be there.

This street is packed twice a day with drop-offs and pick-ups. To the top right (in pink) are the houses, whose owners had better prepare themselves for hovering helicopters. Everything shakes when they have to hover above and nearby.

Everyone agrees, there must be helicopters, but if this expansion was planned intelligently then the helipad would be elsewhere. This whole thing was a political 2016 election quick response and has mindlessly continued.

The Woden Valley Community Council has spent loads of time on research and presentations on what is wrong with this expansion. In fact, there is not much that is right except for the fundamental issue that the expansion is seriously overdue. Just that this one keeps rolling along despite having been ill conceived from the get go.

The nearby Garran residents tried hard to get the government to listen. However, what the presentation to the inner-south communities illustrated is that this is not a Woden issue – it is an issue for all of Canberra.

As with all planning matters, most residents have switched off as they have lives to live and know that this government has little interest in nor the expertise to conduct real consultations based on residents’ aspirations for a better city. After the recent presentations, residents are wondering how this has come so far while being so obviously flawed.

Another view has been that the Woden Hospital was not designed to be the main campus for Canberra. This begs the question – are we overdue for real planning to address the possibility that a new hospital campus may be needed to cater for the growth of the city over the next decades. The proposed Woden extension would be lucky to cater for contemporary needs let alone what is yet to happen.

I have heard that several inner-south residents are intending to follow up that recent questionable presentation. If you think this topic needs more than the usual spin, get in touch with your local community council and urge that this matter be discussed by all residents’ groups – not just those in Woden.

To finish, a positive note about something that has worked. Several times in the last few months I have had to visit the walk-in centre in Dickson – for myself as well as for a friend in need of urgent assistance. They are wonderful places staffed by very capable and very helpful staff. Congratulations to anyone involved in getting these centres operational and a big thanks to the fabulous staff.