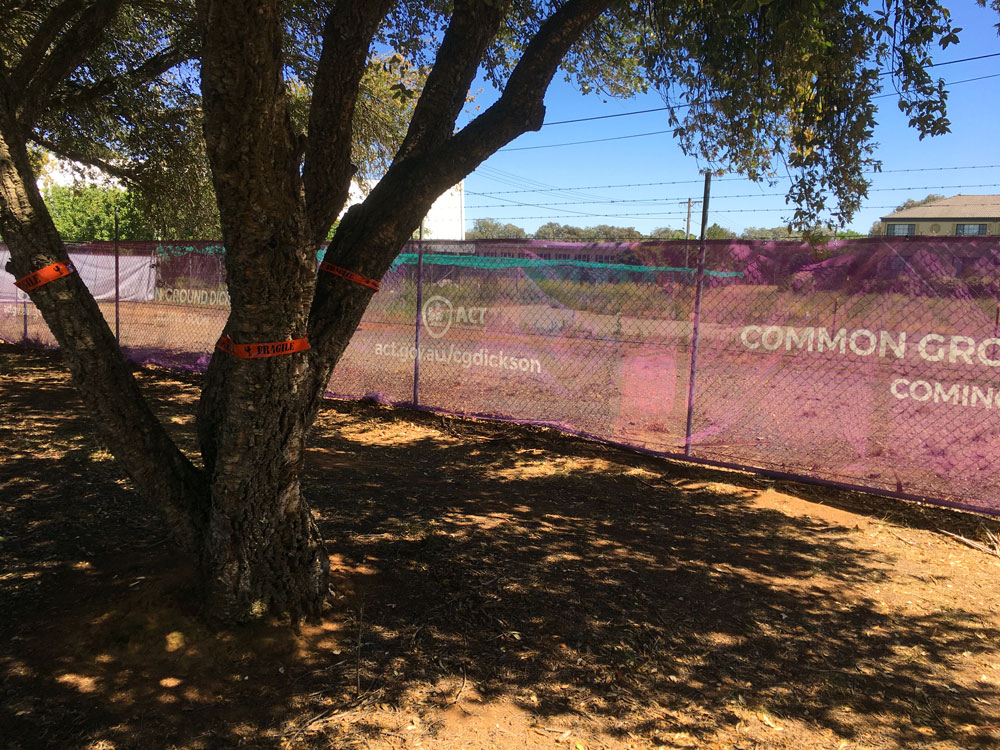 Previously I reported that there remains a looooong list of dubious matters involved with the proposed building of a Common Ground apartment complex on Section 72 Dickson. These date back to the infamous Dickson land swap.

The catalyst for last week’s comments was the concern that the government was doing its best not to deal with the suggestion of asbestos on the site, which had been reported within one of the government’s own reports about the site.

While these matters were being debated, a media release from the minister Yvette Berry and an advertisement appeared that (sort of) indicated that, for the minister and her directorate, the rules can be flexible.

The media notices were about a “Market Sounding Paper” (the latest in bureaucratic mumbo-jumbo) that sort of talked about businesses getting involved with philanthropy for Common Ground in Dickson.

The purpose of the media statement was unclear. For anyone with basic knowledge of planning, the statement hinted at a serious problem. There was also the questionable issue involving the request for philanthropy.

The media release placed a lot of emphasis on how worthy it is to provide for the homeless in Canberra. No-one would dispute that simple fact.

However, what can be questioned is how little this government does for this sector and when it does, such as with this proposal for Common Ground, it remains questionable whether this is the best use of the scarce funds made available for homelessness in Canberra.

Back to that (sort of) planning announcement.

Residents have already suffered the indignancy of being asked to comment on the draft planning lease variation for this site, only to see the variation instantly approved before Christmas (not to be confused with the development application that should now follow).

That same minister is now asking for business to express an interest in tendering for a project yet to be approved and to include an outline of what they may offer as philanthropic support.

According to the media information, the minister is now not waiting for the next formal step to take place, the normal development application process, before she invites firms to get involved.

Those pesky democratic processes of submitting a development application and then having to consult with residents are seemingly not something she considers to be necessary before getting the show on the road.

Also new is the notion that builders and others must declare a preparedness to offer philanthropy as part of their expressions of interest in tendering.

As for the philanthropy, it used to be that when asking for donations, it was required to be clear who is to receive the benefit – be it cash or goods.

In this case it is the government that is putting out the media notices. Is it the government that will take ownership of any donated goods? Does that mean it has not allocated enough funds for the building and fit out, despite it being constantly promoted as being a high priority. Will this social housing complex only happen if philanthropy is forthcoming? The media release is confusing on this.

Does the government guarantee that any goods, once they become government assets, will not be reallocated to another facility at a later date?

Another reading could be that Common Ground is to be the recipient of any philanthropic benefits. But is Common Ground an entity in its own right, or is it a body owned by the larger private not-for-profit, Argyle Housing, that is located in NSW?

Is the ACT government asking for ACT businesses to donate to Argyle Housing? This is not clear.

Given this government’s track record on being not up front, with mishandling development deals and approving all manner of questionable developments, businesses may have to be asking a few questions before considering involvement.

Even more care would have to be exercised given that the proposal in question is yet to be the subject of an open development application. In theory, it may not happen. But then again, maybe this minister has special influences over planning.

As part of the development application process someone will again point out the high likelihood of floods on this part of the site and that there is a list of grievances that make this proposal very unacceptable to so many in the surrounding communities.

Are residents to assume that there are rules and processes that apply for the rest of us but for those exercising power there are other versions?