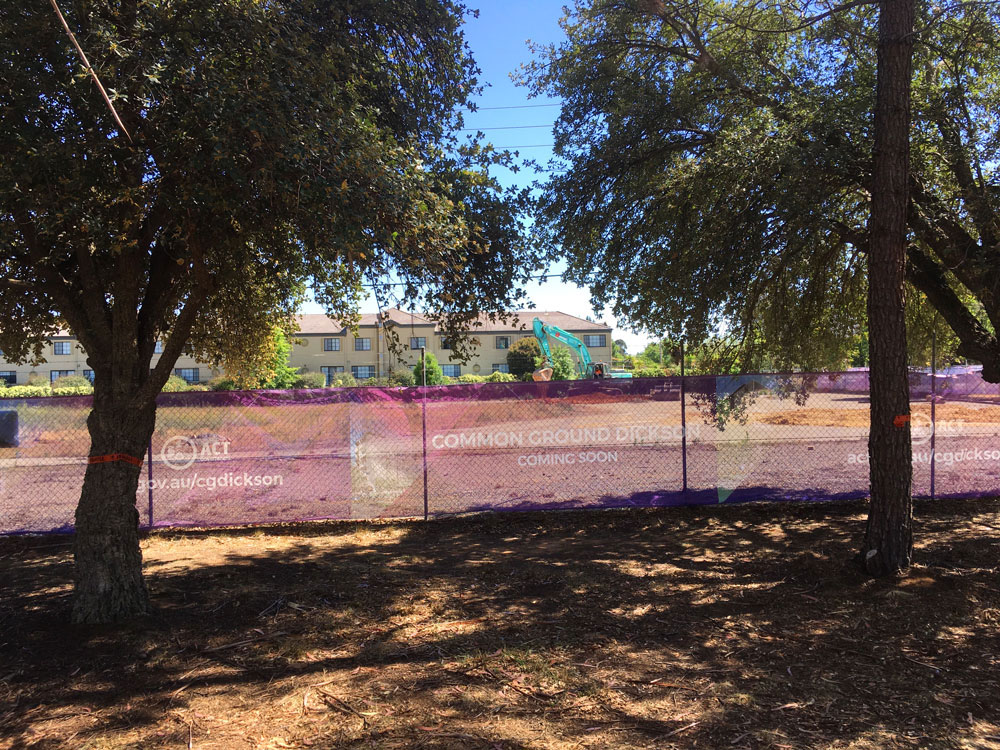 The year begins with yet another event around Dickson section 72 (Dickson parklands) involving ACT Housing Minister Yvette Berry doing her best to upset and alienate the voters within the inner north, just in time for the 2020 elections.

This has become her speciality.

Her crazy rush to plonk a new version of Common Ground on the far corner of the parklands site in Dickson will in future years be researched by urban design and governance students as a case study of how to go about delivering bad outcomes that have long-term effects on future communities.

The latest may involve asbestos.

But first a reminder of the context.

There is so much wrong with this proposal – here’s a few:

The latest questionable goings on are just as opaque.

This is happening today (January 14). Some residents were informed on Monday that preliminary engineering digging work was to happen on the site on Tuesday.

Well-informed residents have pointed to the government’s own reports of asbestos material being buried on this site. The neighbouring owners of the Parklands Apartments have asked the same question given their job is to provide a safe place for people to stay.

Nope! The government knows what is it is doing and residents and nearby businesses are being told not to worry.

If something questionable is dug up – they will take some actions (yet to be determined).

No questions being raised about this site are being satisfactorily answered. Issues raised are not being addressed – or in some cases even not even acknowledged.

Residents have come to expect this bulldozer mentality from this government. This craziness and bad urban planning are happening to address the political imperative set by Minister Berry to deliver the start of a Common Ground project in Dickson before this October’s election. Silliness such as the presence of asbestos can be ignored!

Meanwhile the ACT Liberals are absent from the debate. They join the silence of the Greens. Is everyone in Hawaii?

There is a clear message coming from people’s experiences in dealing with politicians and bureaucrats on this important Dickson community asset.

This ACT Labor/Greens government cares little for the residents of the inner north of Canberra. How good is that?