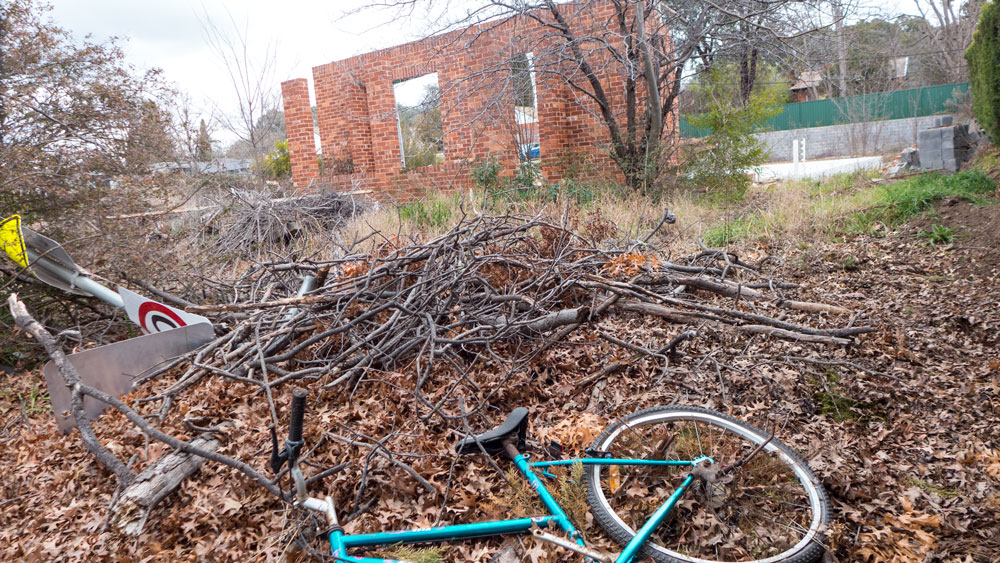 In September 2019, when I wrote about the regulatory disaster that was taking place in Paperbark Street in Banks, many people responded with like stories from across Canberra.

The site in question was a mess with the basic construction having been abandoned 16 years ago. Since then it has become a rubbish dump.

The ACT politicians and the bureaucracy did what they are famous for – they deflected, ignored letters and when they did bother to respond, they blamed someone else and, in the end, did nothing.

Then in late 2019, to everyone’s surprise, the site was suddenly put up for sale and was sold. Good news at last. Well, sort of – as the rubbish remains and the bureaucracy is yet again taking no action to see this mess cleaned up.

Meanwhile, in Wright another couple of sites have been gathering rubbish since they were sold several years ago. Again, the same bureaucratic responses were frustrating nearby residents who thought they should not have to view these growing tips in their newly developed suburb.

Alas, just after “CityNews” was made aware of this situation, along came a Suburban Land Agency representative. He spoke to residents and agreed that there was a problem and that the sites would be cleaned up and that sales were to be arranged.

This could be a good news story about local residents getting some action. To everyone’s surprise, one of the sites has already been cleared ready for re-sale. However, the question lingers – why were these properties allowed to reach such a neglected state?

Not all this lack of action takes place in the newer or outer suburbs. On the corner of Bentham and Hutchins Streets in Yarralumla, adjacent to the shops, sits a block that has become a local talking point.

It sits there in all its glory with weeds taking over a partially demolished building and loads of rubbish that lands in there regularly. The owners have been approached. The bureaucracy has had the usual letters. But still it sits there. Some think it may have to be listed for heritage as an amazing example of how the planning bureaucracy in this city is so incompetent.

But if you wanted to see a prime example of how much the bureaucracy has become corrupted (meaning it is no longer capable of functioning), there’s a site on Lowanna Street, Braddon, that beggars belief. This is not your usual slack property developer, this is the ACT government in the form of Minister Yvette’s Berry’s ACT Housing. 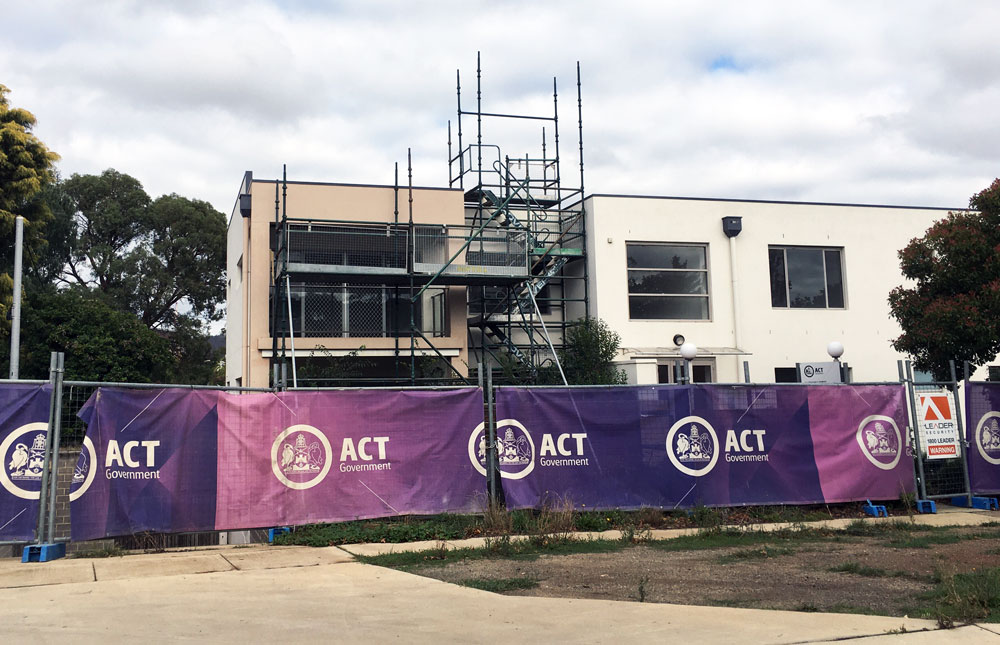 The government’s banners are proudly displayed on the site, being a partially built set of apartments. The construction is possibly eight years old and is now derelict with thieves having made off with anything detachable and the understorey car park filling with water each time it rains heavily.

I am sure there will be a bureaucratic reason why all these abandoned properties are left to become rubbish dumps. I am sure that several of the Labor/Greens coalition politicians have been approached and that they have dutifully passed the problems on to someone else and at best have sent back the usual bureaucratic rubbish as a response.

What stands out is that these planning messes are not unusual and are being allowed to linger within the bureaucratic too-hard basket – marked as “no action required” until nearby residents make an enormous effort to complain.

Put the examples above in together with some other acts of neglect and incompetence, such as the long saga over the Coombs shops, and what do we have? A government no longer capable of ensuring that very simple requirements are followed through with developers – or in the case of ACT Housing’s Braddon debacle, no longer capable of cleaning up its own mess; this while people queue for such social housing.

Is this Labor/Greens government now past its use by date? And still the ACT Liberals remain very quiet about these and so many other planning and development issues.