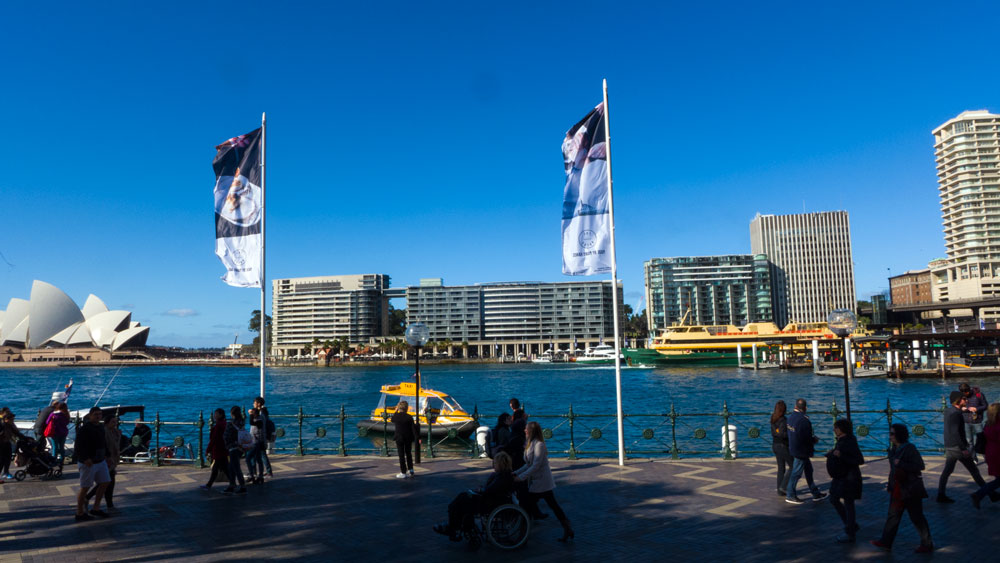 This photograph was taken in Sydney last week while walking down to the MCA. We stopped and though: I think Paul Keating was correct!

In 1993 Paul Keating was very vocal in speaking out about how  the NSW planners were allowing these new buildings to be constructed. He preferred to have had no replacement buildings inserted into the space and to have had views of the park behind. This would have meant that the opera house would have been at the end of a peninsular that was dominated by natural cliffs, rocks and greenery. It could have been beautiful!

His compromised to ensure that the buildings were no higher than the opera house. So we ended up with the Toasters! It was another example of planners and developers working together top reduce the aesthetics of such an important place.