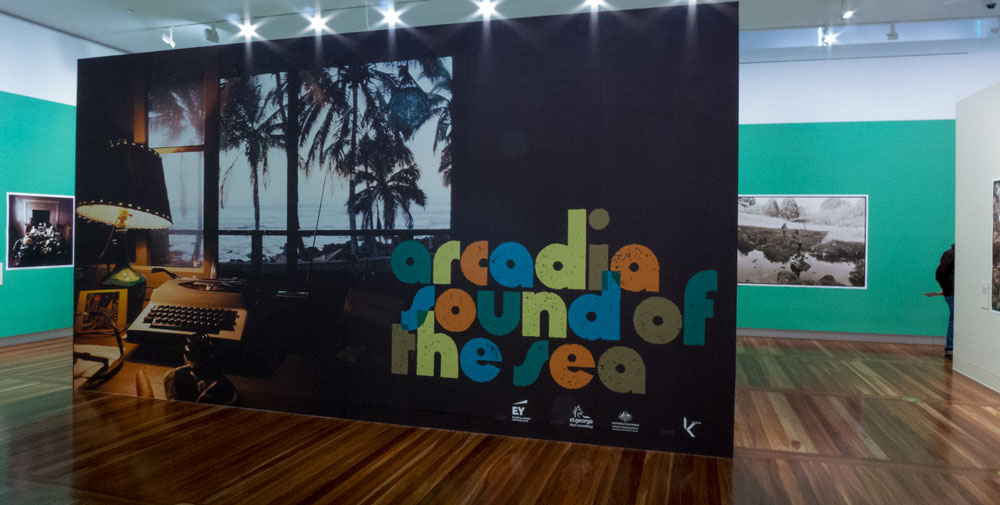 The National Portrait Gallery in Canberra has done itself proud with this special exhibition of photographs produced from the archive of the photographer John Witzig. Full marks to the historian curator, Sarah Engledow.

This exhibition is a must see! It is a joy to behold!

And there’s this quote: By simply surfing we are supporting the revolution

Admittedly I am of an age that I knew people like the characters in the photographs. I lived for a couple of years on the North Coast of NSW. In later years, I would escape from my day time duties to the coast around and above the Hunter region. A good friend of mine, now dead due to skin cancer, was a little older and he was definitely a true surfer. He had a little ford escort van that also served as his alternate house whenever he disappeared up the coast to spend every moment possible in the surf.

The National Portrait Gallery have done a good job in the reproduction of these photographs given that there is no way that they would have been taken at the time thinking that one day they would be produced so large. The size actually works very well in this case. The whole atmosphere of the exhibition is one of joy and celebration.

This was before the hippies of Nimbin ( a place of my employment for short time) although there was some overlap. It was also before surfing became big business and much of it became corporatised – even sanitized. It was always dominated by boys; but in those days there was so much friendship between everyone involved. Later generations became a little more nasty out on the waves.

The curator has struck a great note with one of her larger wall texts – reproduced here:

Many of the photographs in the exhibition were taken for, or first published in, the three magazines that Witzig edited (including the 1969 photograph from which the exhibition takes its name). Although he didn’t always put the date on them, Witzig filed his  negatives fairly conscientiously from about 1971.

His Tracks co-founder Albert Falzon didn’t; and now, he’d rather go surfing any day than look for them. If they’d been to hand, Falzon’s pictures of Midget Farrelly, Mark Warren, Nat Young, Michael Peterson, Terry Fitzgerald, the Wilderness crew and his own ‘country soul’ household (Falzon himself was the handsome face and sinewy embodiment of the movement) would have been in.

John Witzig’s often said that he got lucky when some of his friends got famous. Rarely, if ever did he set out with his camera on assignment from someone else; he tended to take pictures of (and write about) his friends and people he surfed with. So it is that there are key figures from the era of the ‘shortboard revolution’ in Australian surfing who aren’t pictured in Arcadia, and minor figures, even nonentities, who are.

Nigel Coates, for example, neither sought nor achieved renown as a surfer. He was simply unfazed by Witzig’s pointing a camera at him, his relaxation was infectious and some great pictures resulted.

John Witzig either knew more happy people than most people do, only liked to photograph people who were in a good mood, made people laugh as he was messing round with his camera, or only made a mark against the images of happy guys out of thousands ol negatives in his archive. Some of his pictures look like anyone could have taken them; but as a matter of fact, no one else did, with any consistency.

Anyway, when they’re viewed alongside the work of Australian photographers of Witzig’s generation – or, indeed, the generations before or after – the benign and convivial tone of his photographs is singular.

I had a quick word to John and he told me that the staff treated him and his work with a lot of respect. He really felt that the staff had gone out of their way and had done a great job with his work. The images in this exhibition tell a wonderful story.

Reading through the magazines on display there is an irony in how many of the environmental issues and other social issues have continued into today. There are some contributing authors that have since made successful careers, such as Drew (Andrew) Medcalf as an architect, Mungo MacCallum as a national commentator, and I even spotted Jim Weirick, now Professor James Weirick from the University of New South Wales. Dear Jim Weirick, always true to the revolution even now in his present prestigious academic position.

I remember some of these magazines, especially Tracks.

Here’ some images of the exhibition: 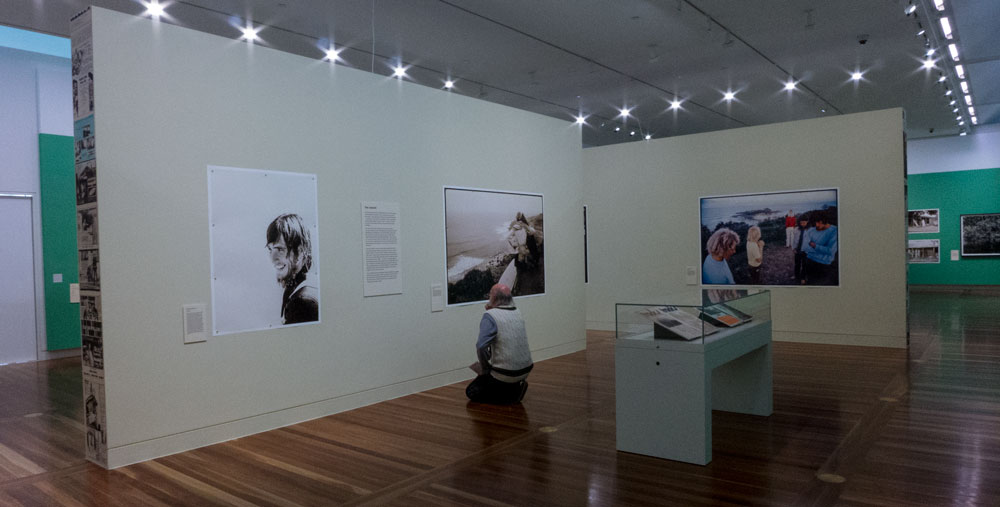 This family photograph is just beautiful 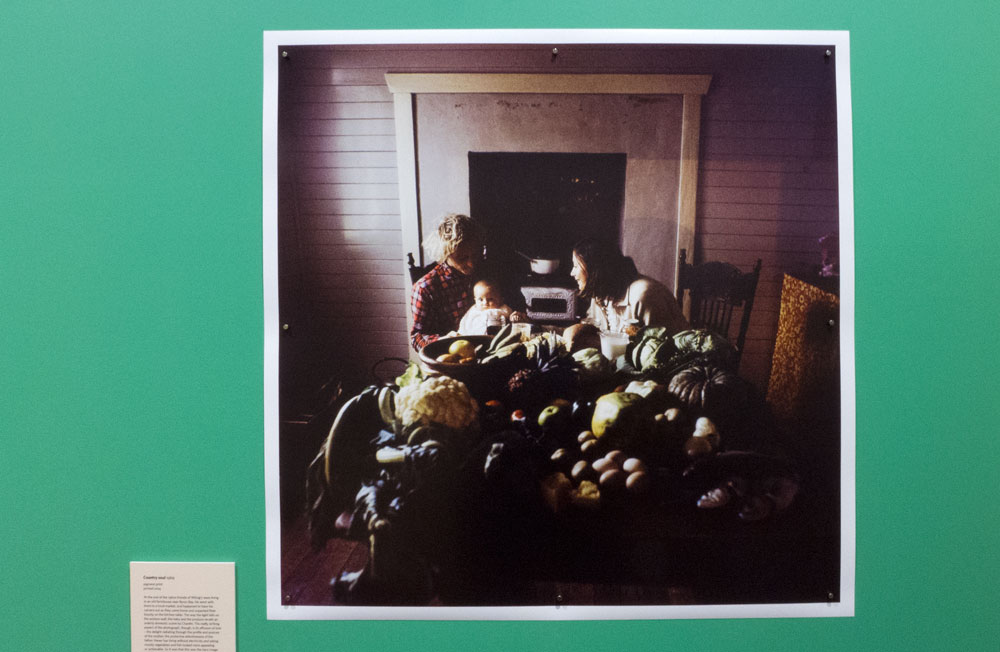 Curiously the pins have been stuck into the body of the prints as opposed to being in the framed area. 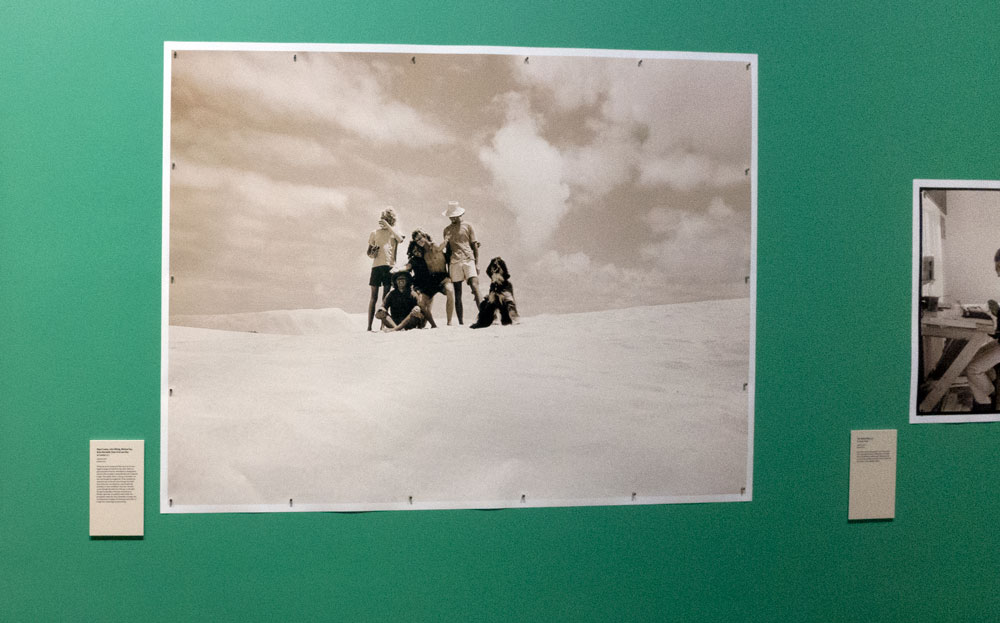 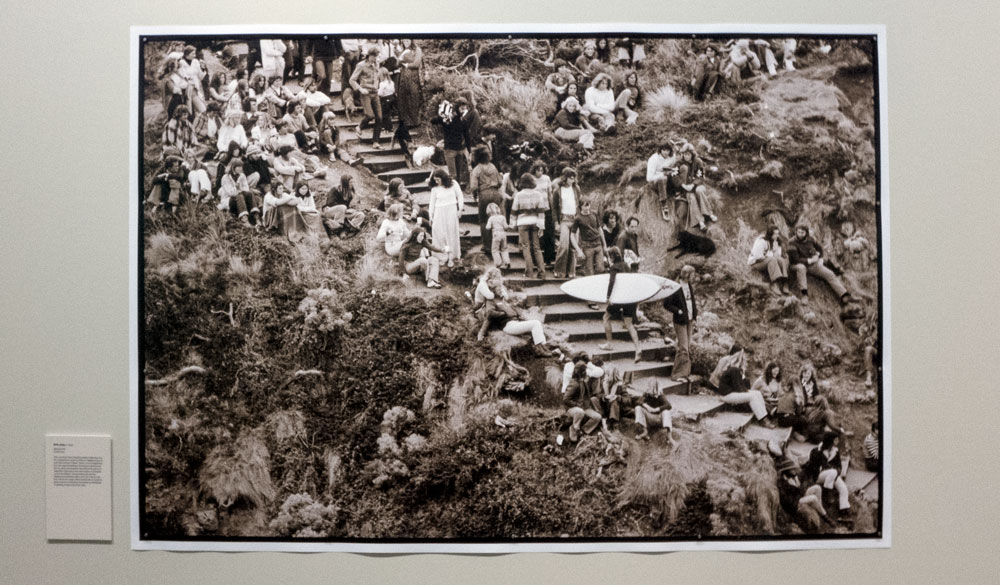 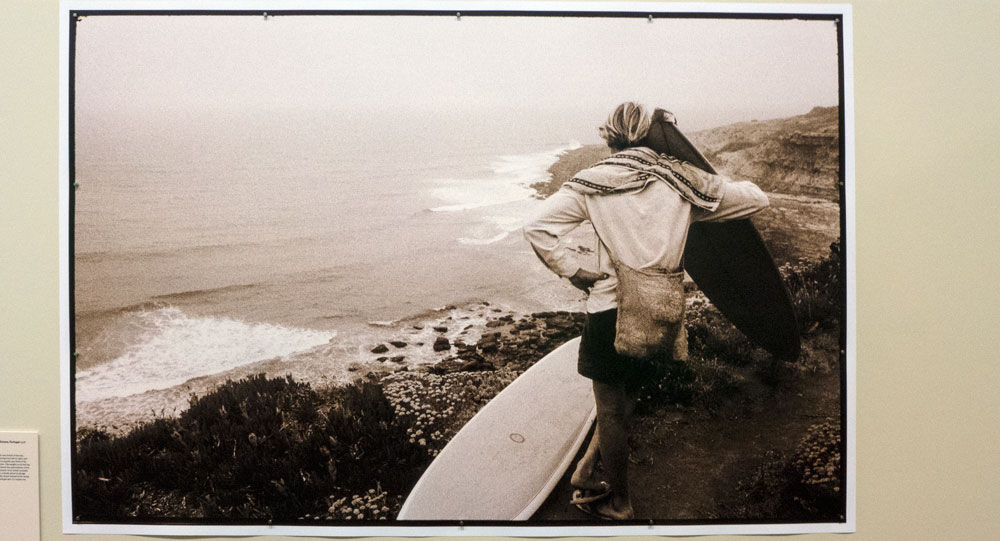 Along with the photographs are a number of ink drawings by Nicholas Harding. These look far better in real life rather than in any of the accompanying booklets or even in my photographs. 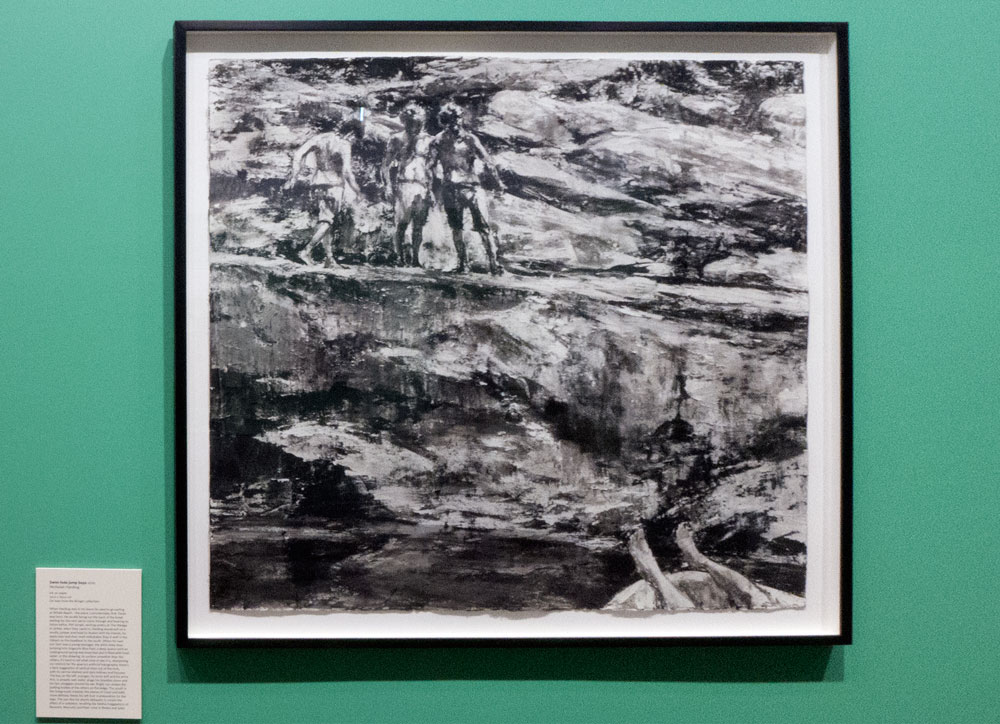 What else can I say. This is a good exhibition, and with so much visual arts on at the NGA across the road, why not spend some time at the Portrait Gallery to see John Witzig’s works and then wander over to the NGA. 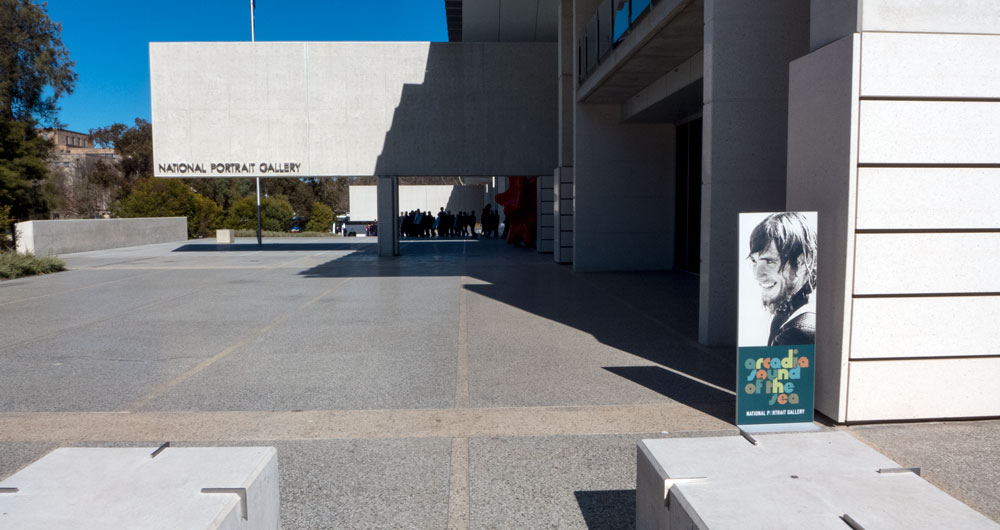 The link to the National Portrait Gallery exhibition – click here

This is all about a generation of people who enjoyed their environment and lived amongst it. They lived for surfing, lived for the oceans and respected nature. They were having fun.

As the quote says – By simply surfing we are supporting the revolution. We could do with more commitment today, in whatever forms, to bringing about  the changes society needs to have our planet survive our destructive habits.

I laughed when I read the summary for the curator. Inside the cover of the booklet, there are a couple of paragraphs with each artist’s credit and birth date. Then there is the  curator’s, which is simply:

She must be nice person, and I suspect with that sort of humour, the boys would have loved her.

There’s a review in The Guardian just uploaded – click here.