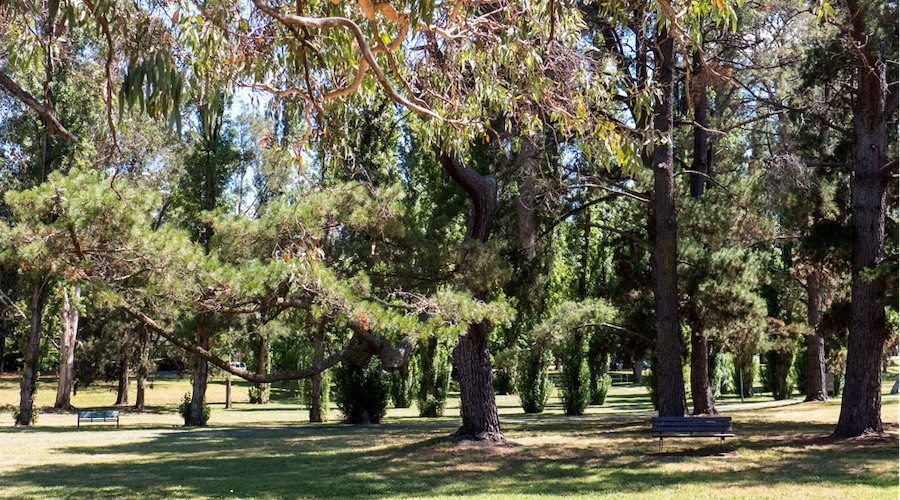 On the last day of April, the Inner South Canberra Community Council (ISCCC) issued a media release advocating the importance of streetscapes, open spaces and trees.

This was based on the results from its 2019 survey of members. There were no surprises as the survey results delivered what people have been saying for years.

They highly value their street trees, vegetation, gardens and wide streets along with recreation spaces, parks, ovals and bushland.

The point being made by the ISCCC was that during the lockdown people needed these outside spaces. They provided essential mental spaces to be enjoyed.

Their advocacy went further to recognise that the ACT government had “among fast-tracked infrastructure projects designed to keep Canberra working through COVID, $9.75 million has been allocated to upgrade and build new footpaths, improve road safety, upgrade transport facilities and undertake landscaping and mulching in open spaces across Canberra”.

But isn’t this more of a catch up following the decades of neglect that has seen trees die in great numbers, parks left with little maintenance, suburbs built with little tree cover and therefore minimum biodiversity, and on-going approvals of developments that have reduced Canberra’s urban forests?

This is the Labor-Greens coalition that will not listen to residents on the importance of enhancing public spaces.

Think of what is happening to the Dickson Parklands (Section 72), the proposed outrageous application of hard surfaces to West Basin, the disappearance of green spaces in and around the Woden centre and all the new suburbs that will never have the same canopy coverage that the earlier suburbs enjoy (and that is being diminished daily).

The ACT elections are in October and there are signs that our politicians have discovered that greenery may be important to the electorate – though whether the politicians believe it is another question. 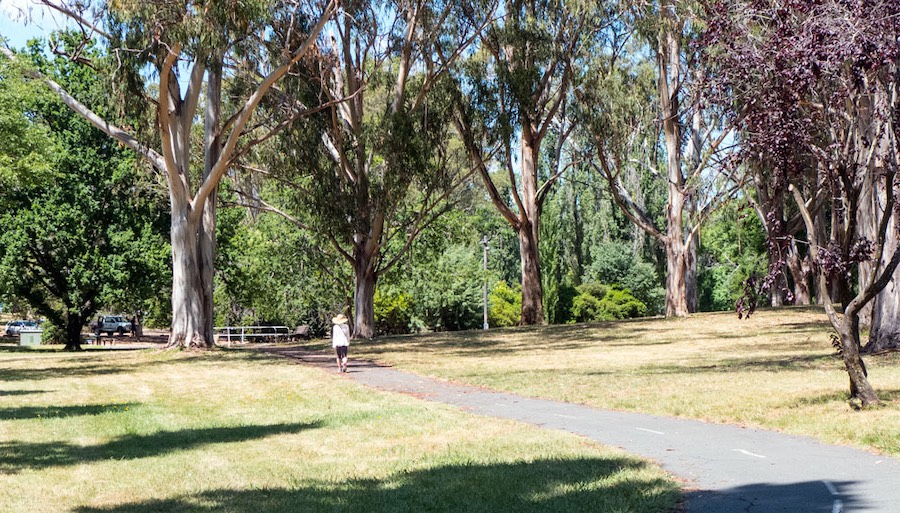 Take for instance Chris Steel, Minister for Something, being photographed with spade in hand near a newly planted tree. He is one of many in this government who is very relaxed at constantly shovelling stuff at residents, but when pretending to plant trees he looked completely out of place.

A high-vis vest and safety helmet does not make for a person who understands the importance of greenery, biodiversity and enhancing green spaces.

The ACT planning directorate has issued a host of sustainability criteria and oversees a climate change committee.

There’s Shane Rattenbury’s tour last year selling policy documents full of doing words (and reminding us that he wants to be re-elected). None of this delivered changes to how development applications deliver on enhancing green infrastructure.

Take for instance the fault ridden DA lodged by Yvette Berry’s directorate for the unpopular and inappropriate construction of social housing apartments on Section 72 in Dickson.

A host of mature trees are in the line of fire and the majority of the site will be hard surfaces.

This is the ACT government’s approach to parks, green spaces, trees and green infrastructure in action in 2020.

Who among the current crop of ACT politicians has a good record on ensuring that Canberra’s urban forests, its open spaces and streetscapes continue to be enhanced and maintained?

The ACT Greens should be at the top of that list. Nope – they turned brown ages ago (mix green with Labor red). They have shared government for almost a decade and are part of the problem.

The ACT Greens must stand for something. Who knows – but they can definitely no longer justify calling themselves the green party.

The ISCCC has shown the way through their survey of residents.

Our community groups are doing a great job of representing views to the government. It is now up to people to ask direct questions of candidates (and demand answers, not spin) on what they have done, what they will do, and what they will not negotiate away when it comes to street trees, vegetation, gardens and wide streets along with recreation spaces, parks, ovals and bushland.

The question is – who are the truly green candidates for the ACT’s 2020 election?