How the horse paddock grab is about inequity 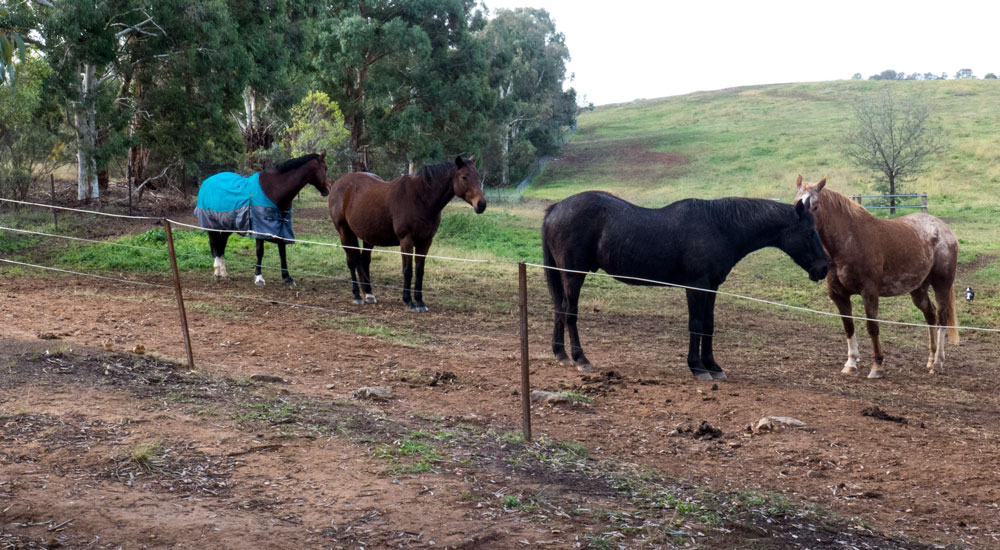 Residents are often taken aback by the culture of disrespect for locals that has become firmly embedded within the ACT’s political and bureaucratic ranks.

But nothing prepared anyone for the latest shocker – the secretive land swap between the National Capital Authority (NCA) and the ACT government that delivered for the West Basin project.

People are expressing horror at how these agencies launched their carefully planned and clandestine attack on the North Curtin equestrians for diplomatic housing together with the move to destroy part of Lake Burley Griffin.

Their joint action will be recorded in the city’s history as a serious assault on the goodwill of Canberra’s residents. The fact that they did this within months of the ACT elections, demonstrates how much these agencies care for the aspirations of the voters. It marks a new low for the governance of this city.

In theory, the role of the NCA is vital. Sadly, over the last decade the NCA has become part of the problem. The manner in which the announcement was made about cancelling access to the North Curtin paddocks is being taken as a condescending act towards the recreational activities of a group of Canberra women.

Imagine the horror by the male-dominated footy community if the NCA and ACT government had taken away a precious football field. Remember, a footy field is in occasional use – but the North Curtin paddocks are being used at various levels 24/7.

The NCA board is made up of two senior blokes (with links to football) plus the CEO herself. These three, with the guidance of their male senior planner had no qualms about depriving a recreational group, mainly women, from having access to their chosen activities. Remembering that this community had not long ago enhanced this land so that it is now recognised as a major wildlife corridor.

As for the City Renewal Authority and its West basin development, people are struggling to be polite about its behaviour. This was the agency that largely replaced the former Land Development Authority – with its reputation defined by such deals as the notorious “Dickson Land Swap”. At least the former used to pretend to be nice – to be listening.

This authority is hell bent on turning a wonderful piece of lakeside ecology into something that someone will later boast about as being a transformative piece of urban design.

The proposal to concrete over part of the lake and build apartments along the foreshore comes from a bureaucratic hierarchy that repeatedly displays little appreciation of the former professional engineers, designers and water-specialists who delivered Lake Burley Griffin with its precious ecology and internationally admired heritage. Did I mention heritage and Canberra in the same sentence? Not something the City Renewal Authority or the NCA can do with any credibility.

Those who are responsible for the NCA, should be truly ashamed. It is a hollowed-out shell of its former self. The NCA and its ACT partners’ collective treatment of the equestrians of North Curtin indicates how people who otherwise seem reasonable in public, are capable of being inconsiderate of those they judge as being not inside their secretive male-dominated cabal.

It is stunning in the year 2020 that discriminatory decisions can be made in secret by so few yet affect so many where it hurts – being their chosen passion for horses.

What has our governing class learnt from the past decades of combating inequality? Not much it seems given the joint conduct of the ACT government and the NCA towards this female-dominated equestrian community.

Has the legacy of the ACT Labor/Greens coalition government become questionable land swaps that deliver for others (the greater good!) but seriously disadvantage local residents – in this case a group of women?