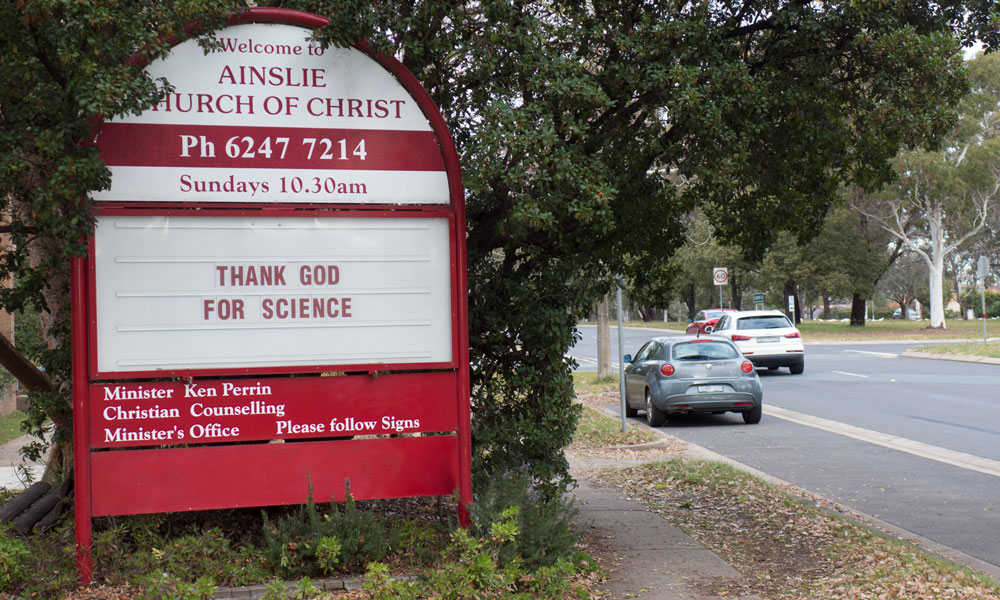 There’s not much new about politicians today. The ancient Persian rulers knew they could control their own image though propaganda.

When they overran a city, it was written up as a great achievement that benefited everyone – including the locals (if any survived). That propaganda was spin and its use is similar to the spin experienced by residents of Canberra.

The city continues to be degraded through ad hoc regulations, through loopholes that developers exploit and by planning regulators who are very good at the job they do – looking the other way.

Yet the government’s press releases state that great things are happening. For whom is another question!

What annoys residents almost more than anything else is that politically endorsed spin has permeated almost everything about planning and development in Canberra. Spin dominates. It is the common language of developers, their consultant planners, the planning bureaucracy, local politicians and especially those politicians with an influence on development and planning.

Letters that residents receive from politicians (written by their communications officers) continue with avoidance tactics, denial of facts and with loads of disingenuous spin. These letters are so insulting. And they keep coming!

Sometimes the spin includes some skerrick of the truth, often it omits relevant facts while emphasising alternate facts and more often it is about setting up an alternative reality. Far too often political spin is structured to undermine the truth – the facts – in short, the science. Thank God for science!

For those in the community sector who read through the many planning variations along with other planning and environmental strategies that have been published in recent years, the only conclusion to be drawn is that all these worthy documents are fabrications pretending to be something serious. They are not. They are spin.

They are published to engage the residents in time-consuming debates that serve no other purpose than to provide a veneer of credibility to the Planning Directorate and the ministers involved.

It is not hard to predict the result of the call for submissions on the North Curtin Horse Paddocks land grab, the mountain of submissions on West Basin, the current Geocon proposal for inner Kingston and the on-going objections to the games and deceptions being played over Section 72 Dickson. Don’t hold your breath waiting for those submissions to change the pre-set outcomes.

Facts, science and logic being used by residents means little to those in government pushing these outrageous schemes.

If the ACT government spent less on communication officers and less on generating spin, and reallocated those resources to looking after heritage issues, funding green infrastructure and biodiversity initiatives and ensuring that all areas of Canberra had sufficient community, cultural and arts facilities, then Canberra would again be a better place to live, work and play – and to enjoy parklands and green spaces.

When people say: “Thank God for science” it is a statement that positive things can happen when facts and evidence are used to inform all manner of urban planning decisions.

It is so depressing to see that many of our current politicians seem to rejoice in ignoring science, facts and logic while relying on their communication officers to produce mountains of spin that annoys the pants off residents.

The Planning Directorate and the Planning ministers have used spin annually to announce that changes are being made. The sad reality is that real and significant change is not happening.

The Planning Directorate remains a dangerous self-serving bureaucratic monster that needs to be shown the door and replaced with a professional and facts-based directorate that actually does people focused urban planning.

None of the mainstream candidates for the 2020 ACT elections dare to commit to doing away with spin. All seem to be locked into the traditional games of point scoring.

None are committed to changing the shocking anti-resident culture that dominates the ACT’s planning directorate. The electorate desperately needs unaligned independents to use the balance of power to urgently bring about real changes to things that matter to Canberrans.