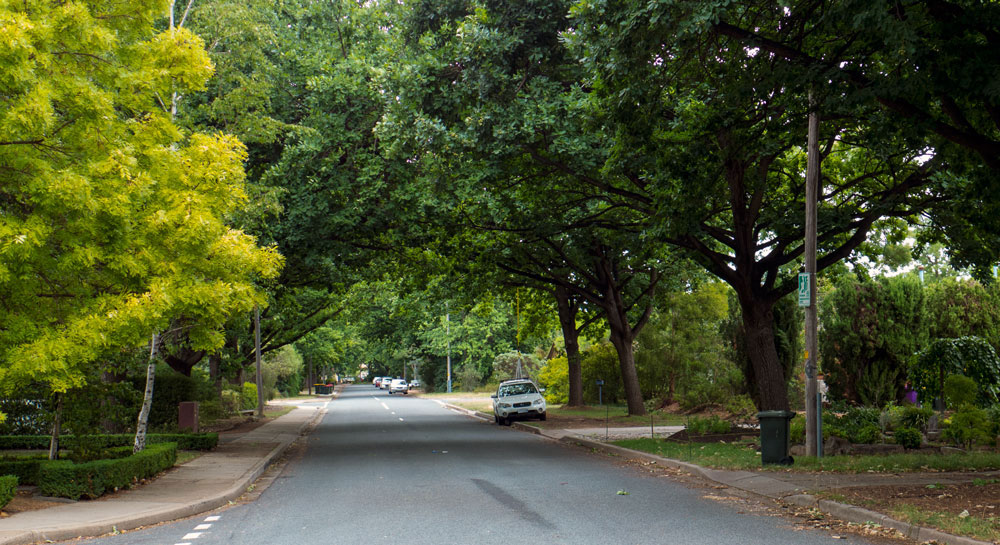 It was announced on Wednesday (October 23) that the government is reviewing the ACT’s Tree Protection Act. Good news! Maybe.

The devil is in the detail and we are talking about a government that we have learnt not to trust.

The announcement was by the ACT Minister for Community Services – not by the ACT Greens, who are currently convincing everyone that they are green because of new climate policies.

We do not know how the two consultations are connected. And, as been highlighted often, the current implementation of the policies on trees is ad hoc and the number of trees continues to diminish – despite the constant flow of spin to the contrary.

But we have to give this initiative a go – and, yes, everyone should respond.

Be aware of some of the disingenuous phrases already mentioned that will most likely form the basis of bad policy outcomes.
Yes, in some circumstances, trees should be removed on the condition of what they are and how they are replaced.
After each episode around the removal of any trees, the site concerned should end up with more trees, more shrubs and enhanced biodiversity – not less.
The concept of some form of payment to offset the loss should be rejected as tree protection should not be about wealthy developers avoiding their responsibilities with cash outlays.
It should be about growing our urban forests and the associated biodiversity. The Bush Capital needs to be even more wonderful.
There is a very good recommendation from a previous report for the establishment of a government tree curator.
That 2011 report was titled “Investigation into the Government’s tree management practices and the renewal of Canberra’s urban forest”.
As I said earlier this year, the tree curator needs to have legislative authority to immediately cease the destruction of our urban forests and to require the relevant agencies to work in an integrated manner to improve the future of the city and its trees.
These decisions are not always easy. It requires flexibility and intelligence and to be overseen by a special talented person who has the ability to stay focused on the overall aim and the big picture – and not be influenced by all the usual forces that are still influencing and undermining planning and development decisions.