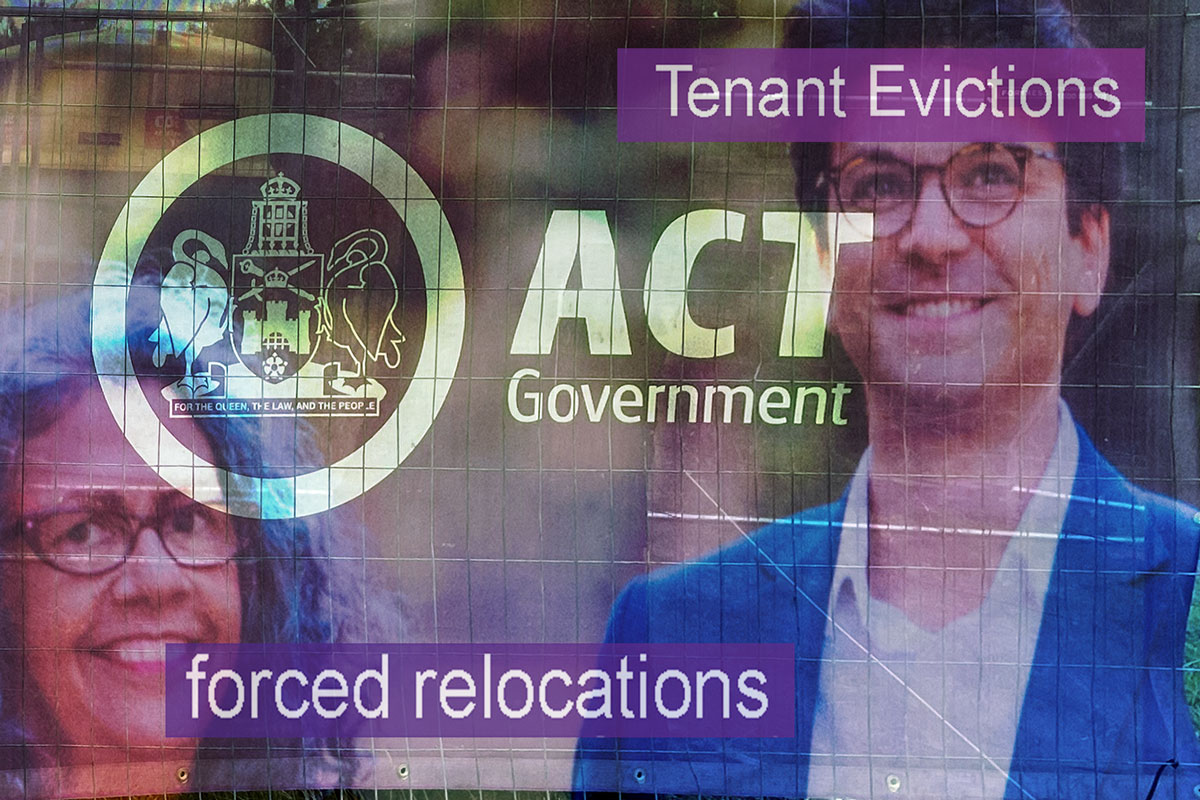 It was heartening to see the new state member for Monaro, Nichole Overall, take on the monster of the NSW Department of Education, and win.

Overall turned around the bureaucratic thinking on school boundaries that was about to make a mess of schooling in the Jerrabomberra suburbs. ACT politicians rarely take such stands once elected.

The most recent would be the stoush the people of Weston had with the Chris Steel boy-band bureaucrats who wanted to convert a small park near Cooleman Court into a car park.

All the evidence made it clear that it was not needed. The Weston Creek Community Council pointed out that if the blundering bureaucrats were to adjust some of the parking allocations around the mall – the equivalent number of new parking spots would be available.

Surprisingly, just after she was elected, Emma Davidson insisted that the car park be cancelled. It was Ms Davidson’s last political stand. Since then she has behaved as a good ACT Greens. Along with her colleagues, when contentious issues are raised, she hides from view or, if caught in the headlights, repeats the pre-prepared ingenuous speaking  notes.

This is what has happened when the callous decisions of Housing ACT, with the blessing of their ministers, were rolled out to evict 300-plus tenants from their long-term homes.

The ACT Greens and their Labor colleagues have been silent or have talked rubbish. This matter has seen a lot of disinformation being fed into the media by the ACT Labor/Greens government.

These Housing ACT evictions are happening during the federal election. The federal ACT Labor and ACT Greens candidates have been silent on this terrible state of affairs. They speak out for people in trouble, such as asylum seekers being treated badly by the federal government.

But when it comes to people being harassed in their own backyard by their own party in government, they remain silent. Like their ACT colleagues, they are wilfully reluctant to say anything in support of these disadvantaged people.

They have not demanded that their ACT colleagues get real and treat their tenants as humans – not just numbers to be shunted about to sell off properties. Despite the shallow rhetoric, these evictions and relocation are about raising funds through sales to cover up the lack of funding allocated to social housing.

The Greens nationally have spoken about how Canberra is better off with the ACT Greens forming government with ACT Labor (don’t laugh). I suspect that the two candidates featured on corflutes, Tim Hollo and Tjanara Goreng Goreng, have not taken the time to talk with these tenants nor have they demanded that these outrageous actions be halted.

Their election materials speak of how wonderful they wish to make the world. Unfortunately for the Housing ACT tenants under threat of eviction, they are not considered to be of political interest to the ACT Greens.

The thoughtless and ruthless practices of the landed gentry of the past have manifested themselves in the current cohort of ACT Greens. The words of these wilfully silent candidates are not matched by actions when it comes to evictions hanging over the heads of some Housing ACT tenants.

To repeat some of what was said in my previous online piece (citynews.com.au, April 9), there is a humane way out of this rotten political decision.

The government could agree today to relocate only those tenants who identify that they are happy to move to an agreed new home. As for those who wish to remain in their cherished homes, they should be left alone to get on with their lives.

This is what ACTCOSS has been asking for. It is worth reading some of the comments on that April 9 piece from tenants who are suffering under these callous threats of eviction.