The Canberra Museum and Gallery’s current  major visual arts exhibition has the focus on artists’ views of life for the people living in this city.

This is an exhibition of visual art created in the Canberra region, being Canberra and Queanbeyan and possibly somewhere else close-by,  with a focus on the suburbs –  where people live as opposed to the usual image of the city as the national capital.

Hence the title Urban Suburban. So if you want to see images of national institutions, monuments and the parliament, this is not the exhibition for you.

The media statement states that this is an exhibition revealing the rituals and experiences of life in Canberra. The curator has selected works from the gallery’s collections dating back to the 1960s. I enjoyed the exhibition but was not convinced that the curator had ‘revealed the rituals and experiences of life in Canberra” — maybe a few of them but not that many. The curator has chosen artworks that are mostly devoid of people with an emphasis on the places we inhabit – but everyone must be somewhere else.

The exhibition is worth the visit but do not expect to see images of loads of activities happening within the suburbs. The curator’s take on this city is very selective with the most activity exhibited being that of a flock of cockatoos in a photograph by William Yang.

I left wondering what a similar exhibition staged about the life in the suburbs of Sydney or Melbourne would look like. Would there be more people or just quiet suburbs?

Here’s a few images of the exhibition – and if you want the brochure – click here. 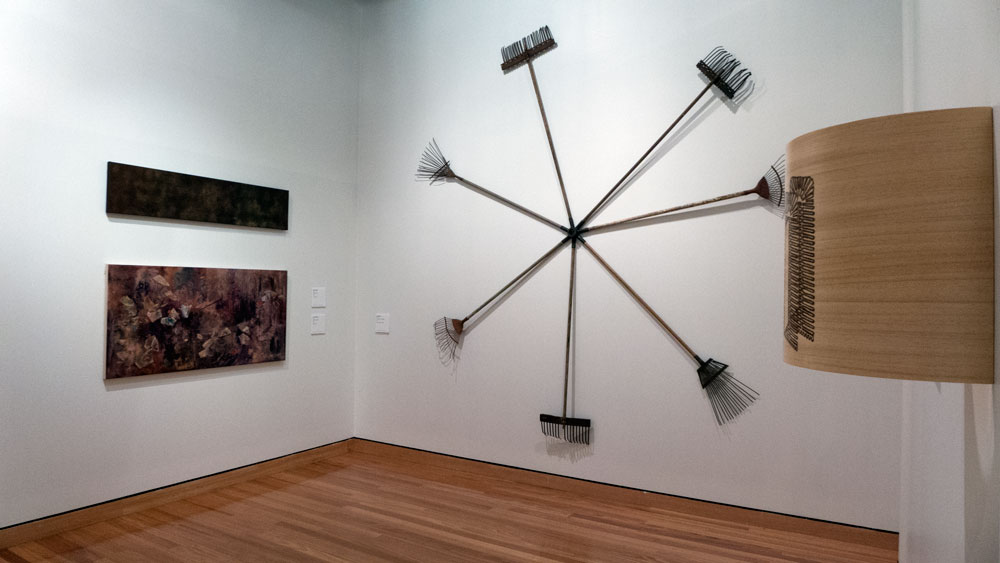 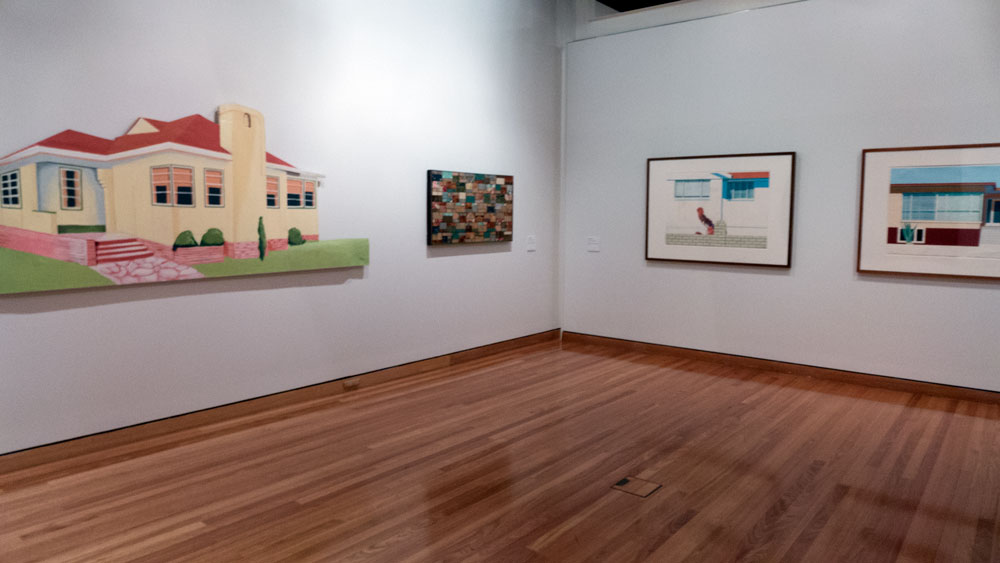 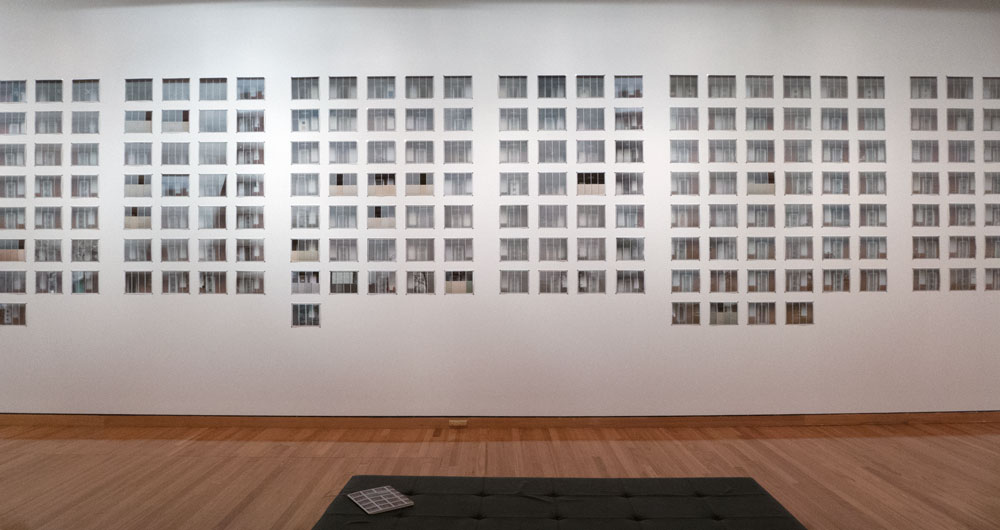 The exhibition has 104 works by 32 artists in a variety of media, including a healthy number of photographs.

I recommend a visit to the Canberra Museum and Gallery in Civic to take in this exhibition. It is open till 21 June 2015.