More spin about trees but nothing changes 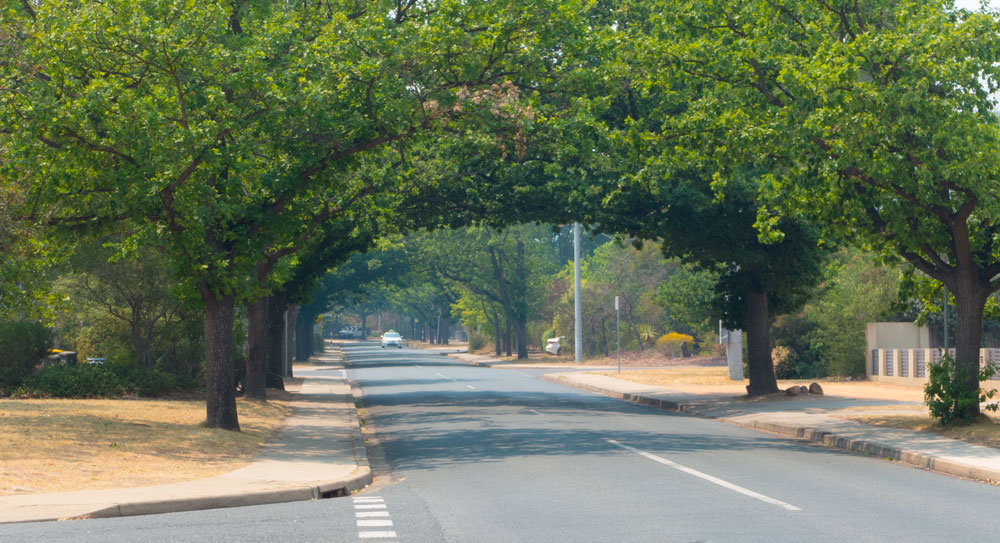 When the government slipped through the unique variations to the rules for south-east corner of section 72 Dickson, all the local government members, including Green/Labor member Shane Rattenbury, signed off on this most inappropriate action by the planning minister.

This variation will see six storeys on the site despite the comment from the Urban Renewal Minister Rachel Stephen-Smith last year that this will not happen. So much for relying on what these politicians say.

Today (February 17) we had the mainstream press reporting that the cabal of ministers concerned are reporting a line of established trees have been saved. Yet again, this is not quite true. The changes that have been put in place will not safeguard these trees much beyond this election year.

This is the government of convenient and frequent variations to planning rules when it suits its purposes.

The report that was attached to the 2019 planning variation that allowed for the road to be built and trees to be bulldozed was no accident despite the amazing efforts by all concerned to deny and deflect.

It was slipped in deep within the mountain of documents hoping that no-one noticed it, to be surfaced once the sneaky planning variation had been rammed through the approval process in the weeks before Christmas.

This is the government of tricky denials and deflections. Words are not matched with actions.

Take Yvette Berry’s statement of several years ago that despite the rush to sell off anything along Northbourne Avenue to pay for the tram, she said clearly that there will be social housing along the avenue. This was soon overruled and all social-housing tenants found themselves scattered across Canberra – anywhere but Northbourne.

This thoughtless action then led to the political decision in the days before the 2016 ACT election to quietly push through with changes to the community lease that covered Section 72 Dickson (Dickson Parklands) and to allocate the land for apartments including a new Common Ground.

The site for Common Ground is the south-east corner of the larger site that locals have clearly stated time and time again should be used for new and enhanced community cultural facilities within a parkland setting.

To state the obvious, that particular south-east corner should be used for parklands only – as it is subject to flooding according to the 2014 flood plan for the area. That same plan was later altered to show less flooding amazingly about the time when major flooding occurred in early 2018.

Has anyone else noticed that this government, including our own Labor/Greens member, Shane Rattenbury, constantly produce spin on how wonderful Common Ground will be? While any provision of permanent apartments for former homeless people is to be encouraged, the Common Ground model is not necessarily the best use of the scarce funds this government allocates for social housing.

The proposed location on the south-east corner of the parklands site is not a decision based on research of the available sites within the inner north. It was a hasty political decision to do something (anything) in the face of the failure of social housing policy.

Along Northbourne Avenue there are a couple of vacant pieces of land, still in government hands, with signs that they will be used for urban renewal, that would be ideal for a social housing complex.

If this Labor/Greens government was serious about dealing with the overdue urgency to deliver a substantial increase in the provision of social housing – that may also include something similar (but better) than the Common Ground model, then one of these sites would be ideal.

They are vacant now. They have the lease rules in place for substantial buildings and associated parklands and facilities. This should surely be embraced by our local Greens/Labor member as a win-win in this election year. And they are definitely close to the tram.

The inner-north electorate does not want to see any more desperate justifications for the combined stupidity around decisions on the use of Section 72 Dickson.

These latest variations of the rules to suit the political whim continue the bad planning that people are sick and tired of witnessing.

The lining up of local members, including the Greens/Labor member, does nothing for the credibility of this government.

Let’s keep the Dickson Corridor green. Those vacant sites along Northbourne could definitely be allocated for overdue social housing. Maybe all this could be taken up by the still silent opposition party?