This exhibition of the photography of Sue Ford (1943 – 2009) at the Victorian State Gallery (National Gallery of Victoria*) is a curious one. Click here – for their media statements.

As an opening statement I have to say that I did not find this  exhibition as satisfactory as I had anticipated. Parts of the exhibition worked reasonably well, whereas other sections look as if someone was not sure what to do with the work, or that maybe they did not understand Sue Ford’s work.

For a much more comprehensive look at Sue Ford’s work, I suggest you could spend some time with the archive site – click here. In some of the sections, such as the early 1960s-1970s work, you will see that there is a range of images that could have been used in the NGV exhibition.

Much of the documentation about Sue Ford heralds her as one of Australia’s  most significant feminist photographers. At a time when photography in Australia was only just obtaining appropriate institutional recognition through many of our main galleries and art museums, and when women were very much in the minority in the practice, Sue Ford was indeed a leader.  For this achievement she is definitely to be honoured as an artist and photographer breaking through barriers to gain equity of recognition in a world that was very much the boys’ game.

From the 1960s to the early 21st Century Sue Ford benefited in her career and support through a growing number of supportive arts administrators, curators and fellow artist/photographers. This was a time for the growth of recognition for photography in our public art galleries. Sadly for the NGV, they have recently taken a backward step and done away with their dedicated exhibition photography exhibition space. (Bad move for the photography audience). More on that in a later blog.

There is no doubt that Sue Ford’s whole body of work was equal to some of the best of the time and that through hard work and a creative approach to media she managed to have a very successful career. Looking at her whole body of work, it is a mixed lot. Some of it remains significant and needs to be exhibited regularly in our public institutions.

I find some parts of her work are patchy. There are some that rely on the subject matter, especially political and social events but that the actual photographs are not strong. Some of her photocopy and collaged work remains interesting whereas some other pieces are not so successful. 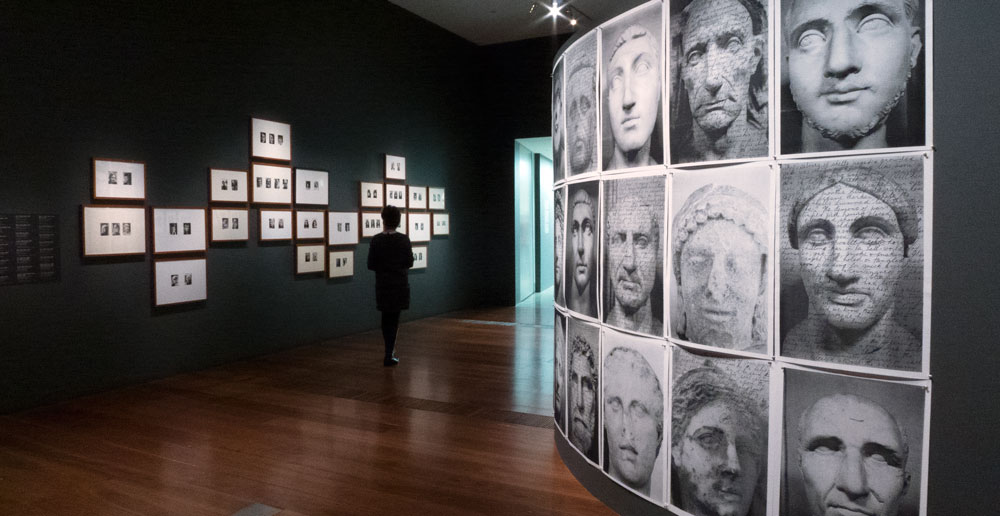 As I said earlier, this NGV exhibition itself was a curious affair. For example,  one of her most famous work, the Time Series (people photographed a decade apart), which I had seen in various venues over many years, in this exhibition its impact was thwarted by its placement as just another work in the first room of the exhibition. Opposite was a rotunda with the Paris series, a work I remain not so enthusiastic about.

The result of the hang in this room was that Time Series suffered because of its casual placement and by being overpowered by other works opposite that are not as important. Individually the photos in the Time Series are not fine photographs, but as a large set their impact will always be cause for celebration. This work should have been exhibited in a far more high profile and significant manner than shown this time at the NGV.

While it may have been of interest to the curators to have a large hang of Sue Ford’s self portraits, these works are not great photography. It would have been far more interesting to dedicate more space to her actual photography from the 1960s and 1970s. There is plenty to choose from.

Some of these were on exhibit but so much was missing. This early work is very much of a period in Australian photography when artists were working through what photography could say in the latter part of the 20th Century. It was also the period when women photographers were stepping out and making bodies of work at least comparable to many of their successful male counterparts. It would have been nice if the curators understood the significance of these works and displayed more and exhibited them more prominently.

Then there were works that should not have been given such a dominated placement, if shown at all. Such the one below to the right of my photograph of the room. I looked at this combination piece for while and despite its significant placement, I thought it was not a serious work.  This work was experimental but the reality is that while it may have been novel at the time, it just does not succeed now.

The exhibited photographs of indigenous events were of interest, but the photography in this grouping was not of high calibre. There is a much better group of photographs available. I fear the curators went for those with more significant people in them rather than the better photographs.

The works from the Last Light Series (2007) remain a lovely set. A couple of more of these would have helped the impact.

What made the exhibition so curious was that several series of works had the special room and lighting treatment, while others were hung in a random fashion as if the curators were not so confident of the work, or maybe just did not know much about them. Or maybe the curatorial work was done by a committee rather than being guided by a vision. 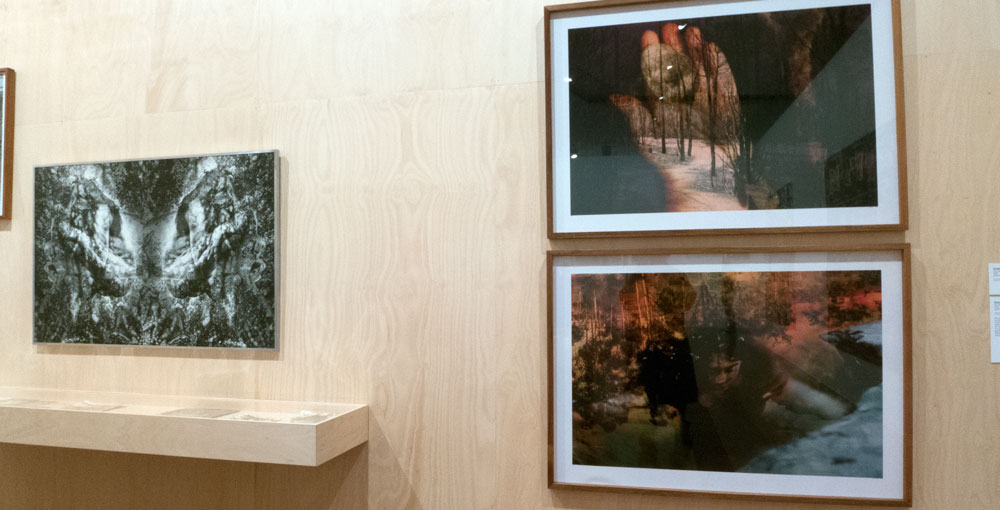 The final work, the Murray River Series was not a successful work. The artist has used photographic and reproduction methods to produce a graphic illustrative work that is no longer a photographic work. In the realm of graphic art this work would be judged as being basic. The subject matter remains important, but the resolution of the topic is not necessarily so strong to warrant this placement in that it took up most of the room.

Based on this exhibition, I was informed that Sue Ford had many ideas and was experimenting in several directions but may have not have concentrated long enough on particular series of works to bring about what could have been far more successful resolutions. I also must say that this particular exhibition seemed to emphasis these weaknesses rather than concentrate on Sue Ford’s far more successful series of works.

Which brings me to report on something that happened while visiting the exhibition. By coincidence, a floor talk materialised. Given that I had been there for about 40 minutes and a range of questions were filling my head, I joined the talk to see what new insights could be revealed. Alas the talk opened up more doubts.

The speaker had been a colleague of Sue Ford’s and therefore she knew well the stories behind some of the early works. Sadly she failed to talk much about the works as photographs or works of art. In fact I came away thinking that the speaker may have admired Sue Ford’s success but had doubts about her methods and lifestyle.

As the talk progressed to the final rooms the descriptions grew even shorter and suddenly we were signed off. I came away thinking that the speaker knew little about the later works and had nothing more to offer than to introduce them to the audience.

This exhibition had a few video works scattered about. Sue Ford did a large amount of work in video and film. Depending on the overall quality of the work, maybe there is another exhibition waiting in the wings that would concentrate on her film and video work.

Sue Ford remains an important photographer in the story of photography in Australia. This particular exhibition must be welcomed for the chance to see some of her work once again especially as the NGV has done away with their dedicated space and therefore the opportunities to examine our photography history has thus been diminished. (Shame on the NGV management – very bad move!)

This particular effort by the NGV is not the Sue Ford exhibition that it could have been.  There remains a better exhibition to be had one day; somewhere else maybe.

Despite the comments on how this particular NGV exhibition was curated and laid out, Sue Ford’s works are to be enjoyed and therefore I do highly recommend a visit to see the work again for yourself; and maybe even disagree with my comments on the hang.

* For some reason unknown to most of us, this very important state gallery still hides behind a colonial ‘national’ title. That is, this art museum is still called the National Gallery of Victoria, NGV.  It is indeed strange for a 21st very successful state gallery to maintain its former colonial title. Have they not noticed that the Australia Federation happened and they are no longer ‘national’?

The recommendation is reflective of this 2014 NGV exhibition – not of Sue Ford’s work – so despite this, it is recommended you get along and enjoy her work.