The panic for toilet paper 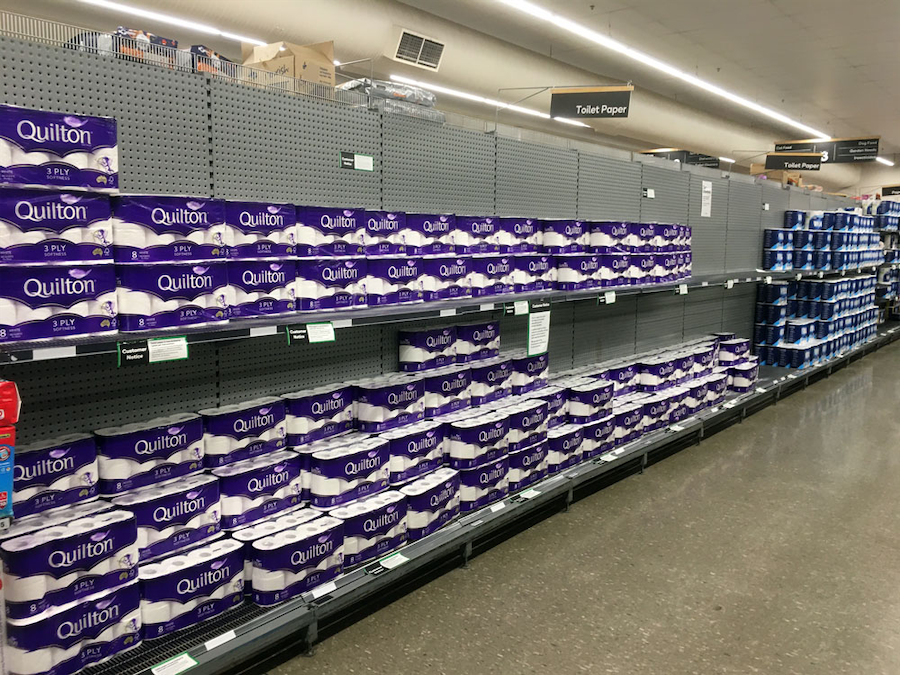 I Maybe imagining this, but I think people have taken to smiling more. Maybe it is a way of not letting the threats of the virus get to you, but it is happening.

Walking around several supermarkets in the last week, most people were being very conscious of keeping their distance from each other – and most of the time this was done with a smile.

Of course, there were the occasional idiots who just simply do not get it – or maybe they are still taking the Prime Minister’s former advice about going to the footy and they will have none of it. For now, their stupidity in not keeping a distance does irritate, but again, when you connect with others who observe such idiots, we collectively smile about it with a bit of a shrug.

I have had a couple of conversations with people on the checkouts, and they do report that people’s behaviour is getting better – following the initial panics.

One attendant in IKEA agreed that most shoppers are doing the right thing with the occasional group appearing who move through the shop with no care for others. But again, most are being very cautious and smile as we find ways to avoid getting too close.

The advice is simple. If you go shopping, supermarket or otherwise, don’t go as a group. Go by yourself or at most with your partner. Leave everyone else at home and get your business done quickly and go home again.

The more depressing news has been to read several announcements by planning authorities to carry on business as usual knowing that community groups are largely on hold at the moment – till when we do not know.

Several of us have swapped notes on this (by email). We know that the Canberra community have been subjected to many idiotic and barbaric actions by planning ministers and their bureaucrats in the last years, so why would they adjust to being nice to residents just because there is a crisis on.

So again – we smile – knowing that there must be a special place in hell for these unthoughtful ones who use their jobs to destroy this city bit by bit.

Back to smiling! There were several smiles around midday today (March 29) in Dickson when shoppers were taken aback to see the toilet rolls and paper towels lined up waiting to be selected.

Maybe we have reached the point of “peak toilet paper” with those that needed to rush out and buy now have as much as they can stuff into their garages and back sheds – or wherever they stashed it all. I observed several shoppers turn into the aisle and smile.

To answer a question I have been asked.

My columns in “CityNews” will carry on with a watchful eye on whatever mischief the planning directorate and other agencies are getting up to during the coming months of crisis. That means no community meetings and no one-to-one chats over coffee.

If there is news in your corner of the city, let me know through the editor.

For now – stay safe and carry on smiling. We can do this.