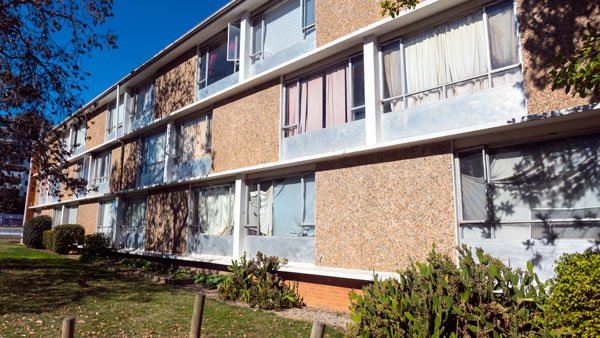 A lot has been written about the ACT Government’s announcement to establish small government housing estates on community-zoned land in Weston Creek suburbs.

Sadly little of what has been written in the media was about the people involved – those whose homes are being affected by decisions to clear public housing away from Northbourne Avenue.

I read the Chief minister’s statement linking his family story to public housing and then somehow using that to justify his criticisms of Weston Creek communities who are objecting to the way these matters are being handled and the potential loss of precious community open spaces.

His words were not helpful. Rather they continue to divide people rather than to demonstrate any willingness to bring people together. That would be leadership and that is something that this government is lacking.

The government and its proxies have worked hard to keep the debate on the moral issue of public housing, and if you do not agree, then you are to be viewed as being a nasty person against public housing. There are many examples of this use of high moral ground argument across all media, including here on RiotACT.

From a resident’s point of view the most revealing matter has been the government’s clandestine ‘technical change’ to the planning rules to allow for public housing on previously community-zoned land. This was well highlighted in a media release by Nicole Lawder MLA:

Among the many well thought out and justifiable arguments put by residents, there surfaced the occasional tone that signalled a narrow understanding of the lives of the people in public housing. While this is not a healthy attitude, it is not surprising as most residents have little experience of public housing. It has been an unfortunate aspect of the recent debates to witness the government exploit this minority view of public housing.

Instead we should expect governments to show leadership to ensure that residents appreciate that providing public housing is a core function of our society. The fundamental matter of concern is not about the bricks and mortar – it is about people, their lives, their wellbeing, their families and children, their health and safety and their wishes and aspirations. 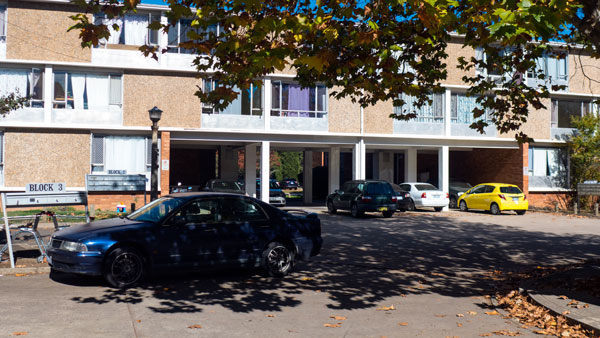 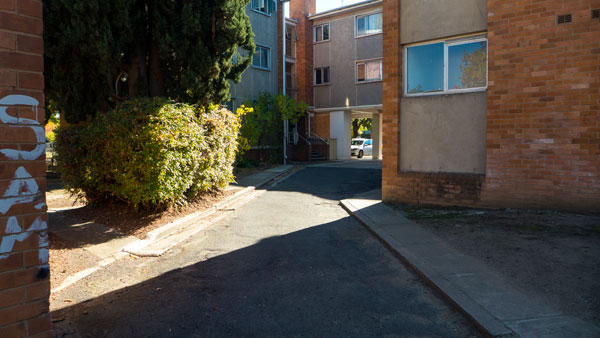 The Northbourne Flats in Turner are situated immediately north of Haig Park. This public housing site, as with others nearby, is to be cleared and sold. I too have had mixed feelings about what it would be like to live there. Recently I had occasion to make a couple of visits. My views have become slightly better informed.

There is absolutely no doubt that this complex has deteriorated through minimal maintenance and lack of respect for the people who live there. There was probably a time not too long ago when it would have been possible to extensively renovate the buildings by adding an extension to the sides to provide larger kitchens, laundries as well as a balcony. (none have internal laundries or balconies). 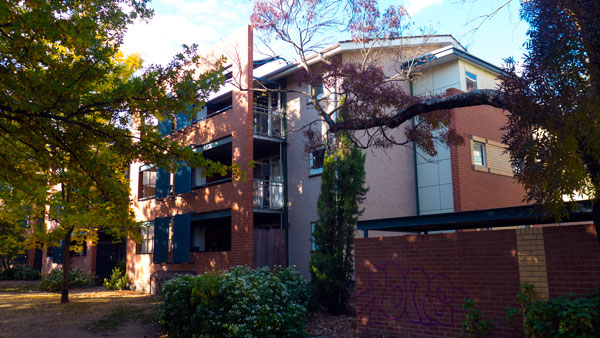 Sadly given the state of the buildings and the decisions to sell to pay for the tram, all that is no longer feasible.

However such an approach would have done what the current sale and clearances will not do; allow people who want to stay in this location to continue their lives, have their children continue in local schools – to access their own support agencies (doctors and others) and to stay within the communities they enjoy.

This complex has a strong multi-cultural mix; there are people who have various backgrounds – including many who had public and private sector jobs – and some that still do. There are people who are recent arrivals to Australia alongside others who have lived there for decades (one woman being 95 years old). Some have not had the successes and opportunities that many of us have enjoyed – some are still paying for bad life choices in the past– some struggle with the costs of living and have to make very hard decisions on what to buy and from where just to ensure they have a basic meal daily.

The atmosphere in the Northbourne Flats is very peaceful with most being mindful of others and a lot of care taken to look out for each other. In the evenings the cooking aromas that waft about reflect the multicultural nature of the occupants.

After hours there is the sound of children and on weekends people are outside enjoying the sunshine with several cleaning out their cars. Sound familiar. 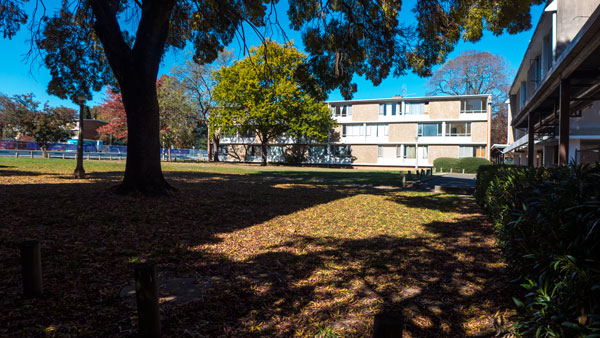 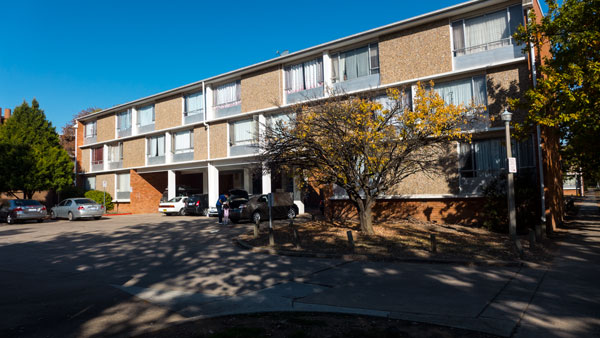 I do wonder about the culture within government that has allowed a patronising attitude to dominate decisions resulting in the occupants having been given limited options accept to agree to their removal to make way for the new developments.

One wonders whether in a fairer world and with improved housing just how many of these people would choose to stay in this immediate area.

If common sense and respect could be returned to the debate, maybe some very intelligent outcomes could be worked out.

I consider that the Minister for Clearances, as I have referred to her in a previous post, should be ashamed of the way the government has handled this shifting of people out of their homes. She cannot be proud of how the government continues to mishandled the communities into which some of these public housing tenants will one day be trying to mingle and live normal lives – despite the negative attitudes that have come to the fore as a result of the lack of care displayed throughout this whole affair.

So last words: To anyone in government who can influence this moving of people out of their homes –think about taking a different attitude to the people caught up in this. The result could still be some public housing in the suburbs mentioned – but it should be an outcome that is based on respect towards all involved.

Remember that the occupants of the government housing along Northbourne are people.