Melbourne is a city I enjoy visiting. Most of the time my visits involve moving around the inner suburbs of Melbourne. 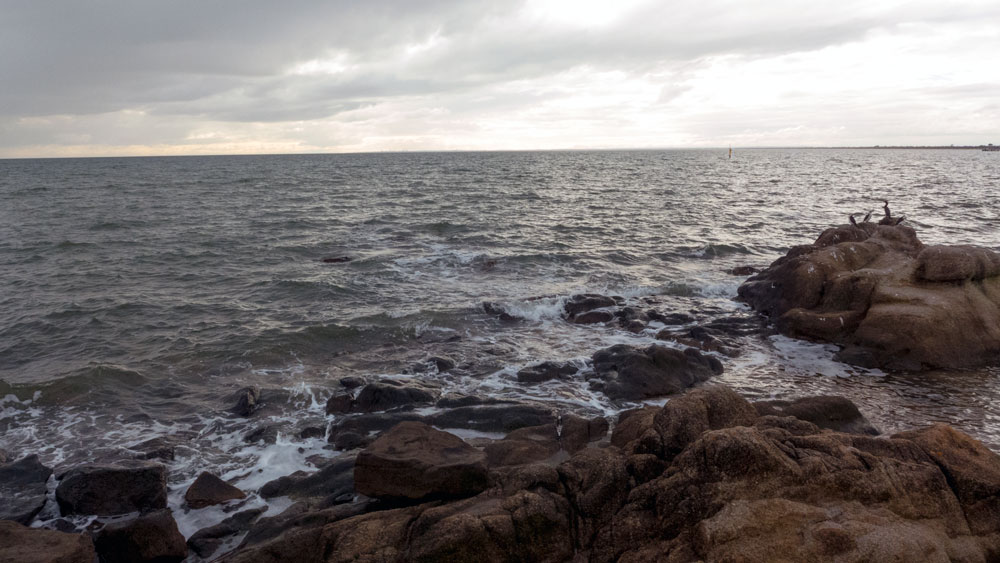 It has been announced that Melbourne has been listed, again, by a particular survey as being the 2014 world’s most liveable city. Click here

I agree that there are many elements of the city that make it very attractive. But I am not alone in thinking that this survey is used as some form of self-congratulatory spin that ignores all lot of things that detract from the quality of life.

The survey was talked about in 2013 and an online piece highlighted some of the flawed thinking. Click here. The author touches on the environmental issues that confront Melbourne.

Melbourne is a city with growing population (soon to catch up to Sydney), it has inadequate water supplies, inner Melbourne has large areas of trees, but many of these are dying due to the changes in climate, the outer suburbs are following the international developer patterns of building larger houses on smaller blocks with minimal room for greenery and biodiversity and despite the hype, transport is a problem.

That is, while having one of the best tram services in the world, the city keeps stretching out and to cope with this, it builds bigger and more roads. These in turn encourage more car use and there are significant difficulties for residents trying to cross the city to get to work. Hold ups and traffic jams are now part of the everyday experience.

Architecturally the city has a proud history of design. It has had the benefit of many heritage buildings from the 19th Century and early 20th Century surviving the developers’ push to knock everything down. But in more recent years much of the architecture being delivered is of the glass wall, steel and bland box styles that fill the skyline of the main centres. 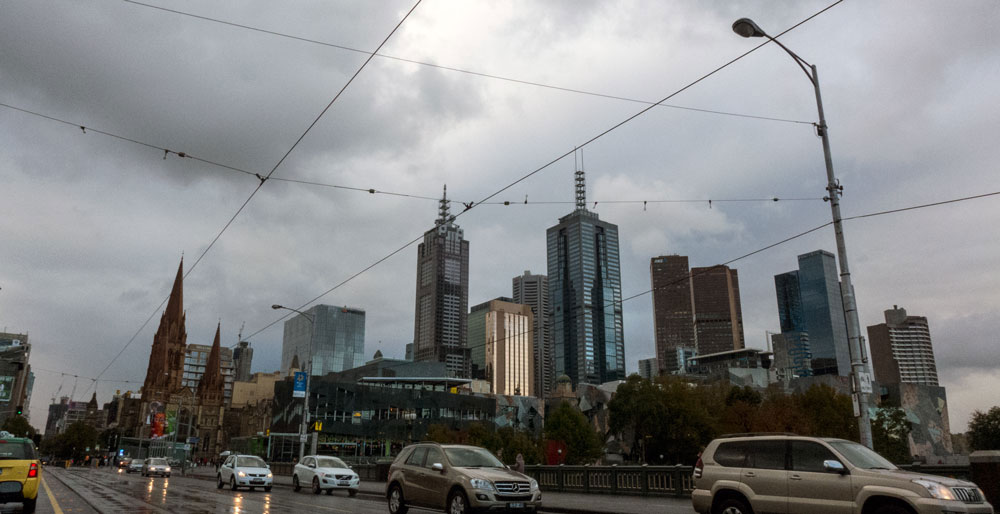 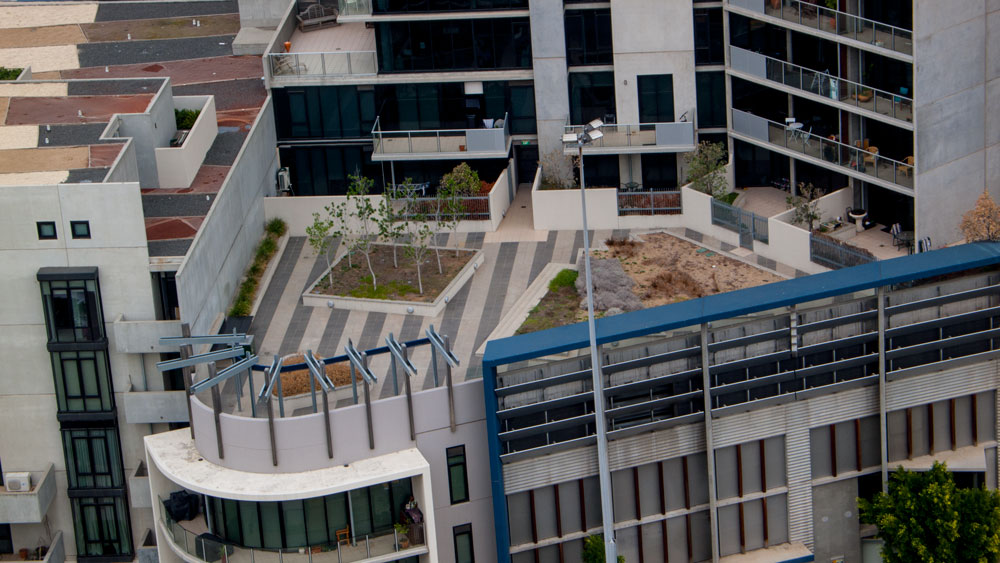 Melbourne’s skyline is becoming polluted with all sorts of bland buildings. The innovative architects have departed the field of good design and allowed the developer and planning lobbies almost free rein. In a city that once was proud of its tradition of good design, this legacy has been diminished in the last decade. 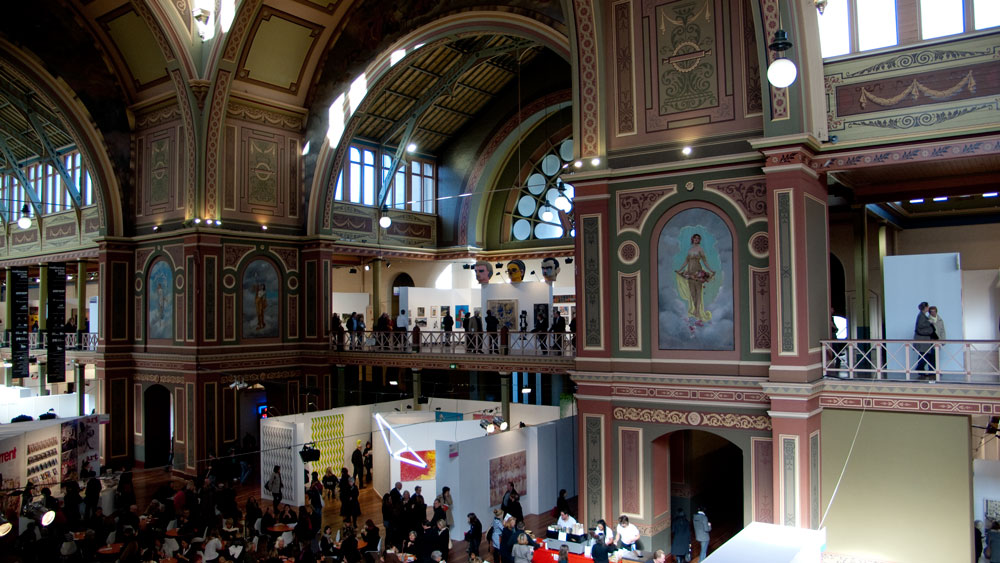 The cultural life of the city is indeed active. There is always plenty to see and do – or even better it is a place where you can wander and chance upon things happening of interest. We are talking about the inner Melbourne areas here. Once away from the centre, you will find things but they are not so numerous. 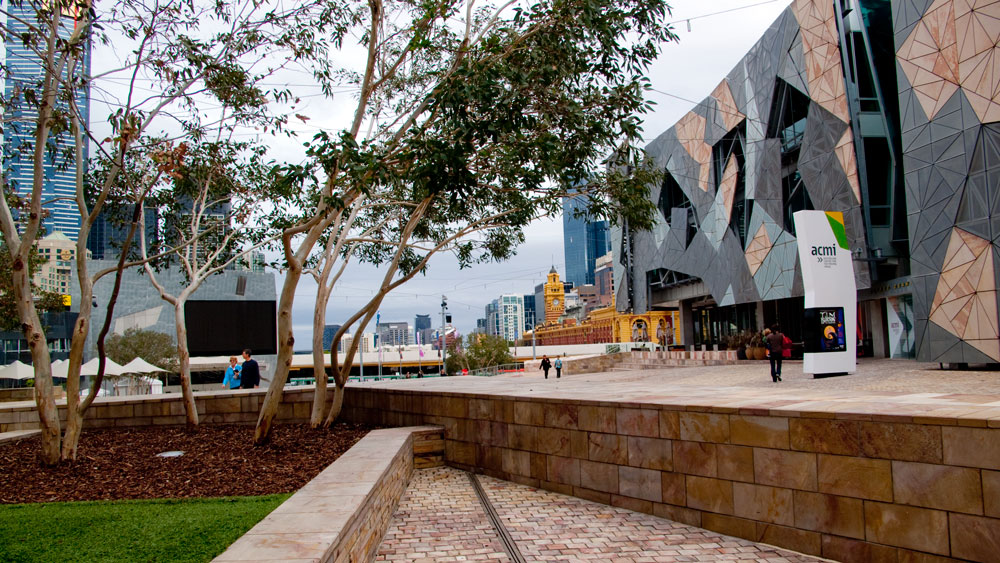 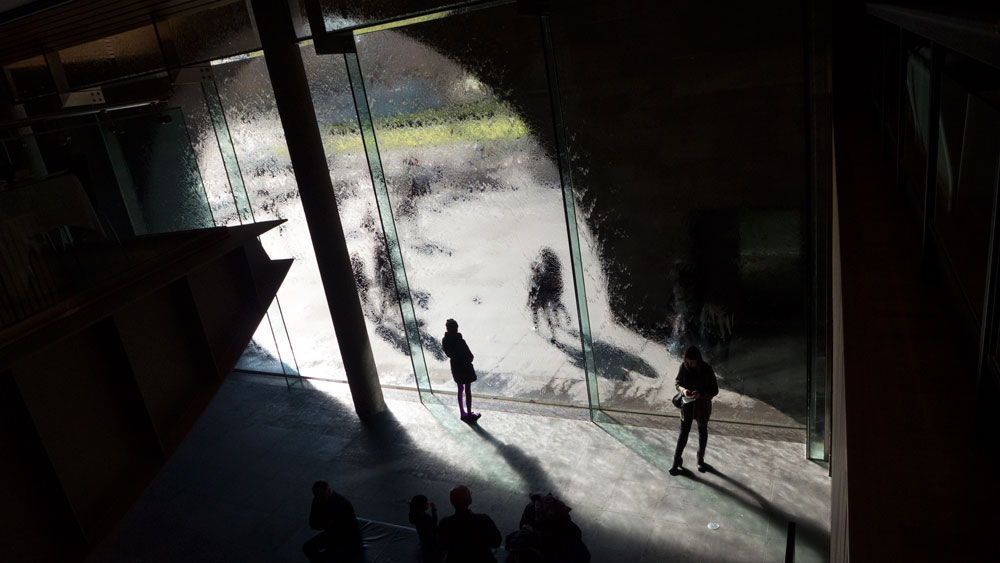 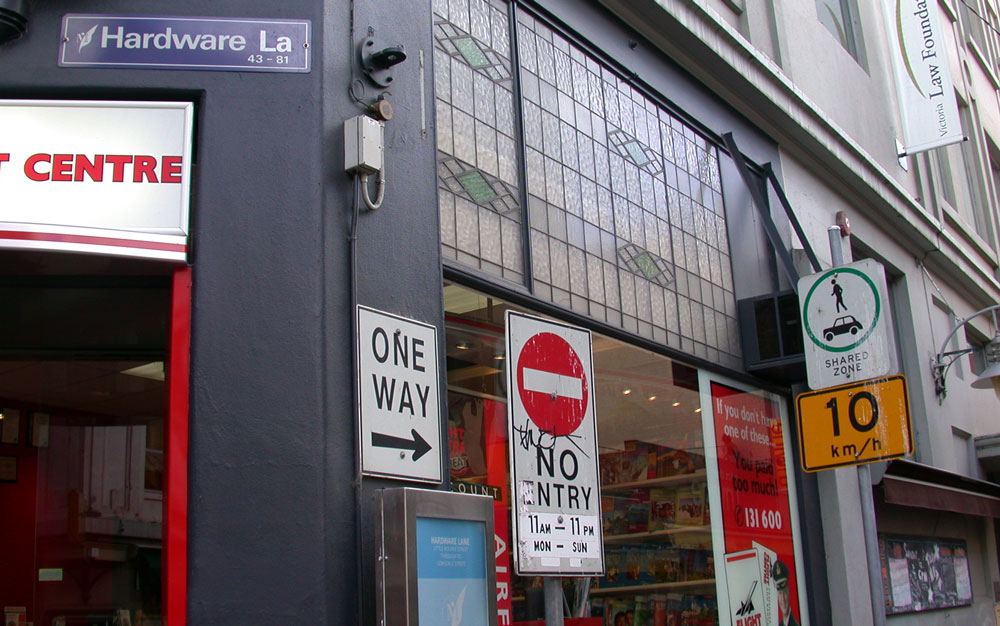 Melbourne is famous for its laneways. These secondary thoroughfares have been populated with smaller shops and cafes. This despite that it can be freezing on most days of the year to sit out in them.  They are not as open and spacious as the European Piazzas where even on a cool day one can sit in the sun. But, one has to admit that they have been totally successful. 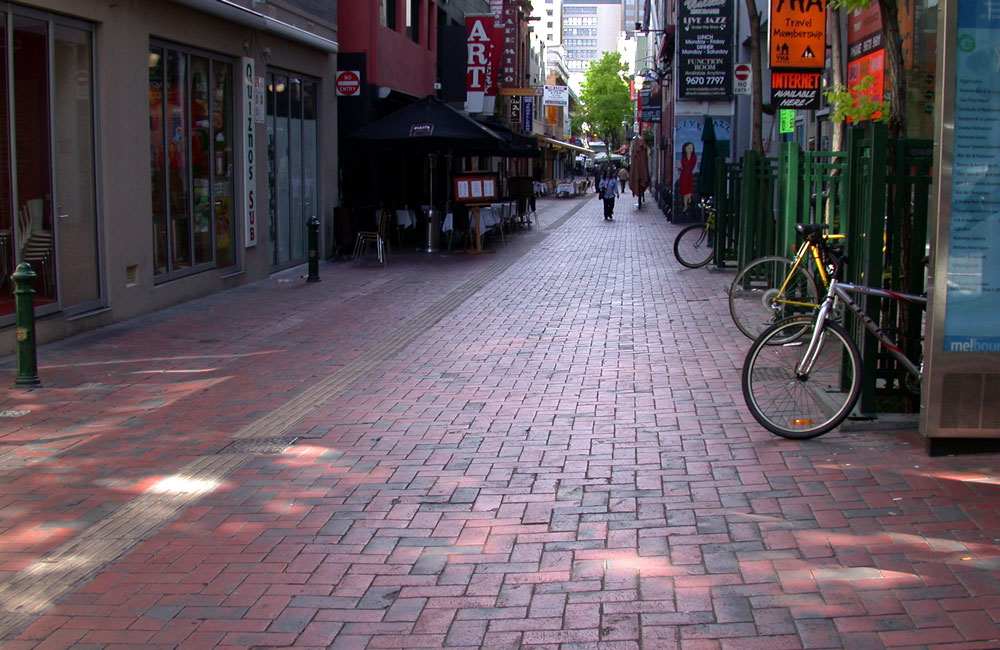 But all is not as glossy as the survey suggests. There are places, even in the inner areas,  where the sense of place and enjoyment is limited. 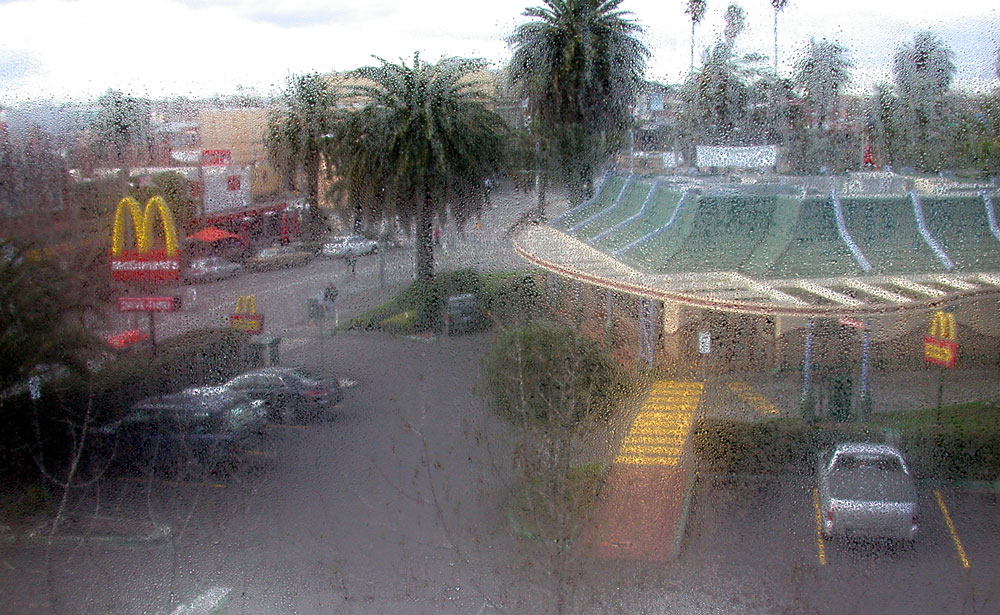 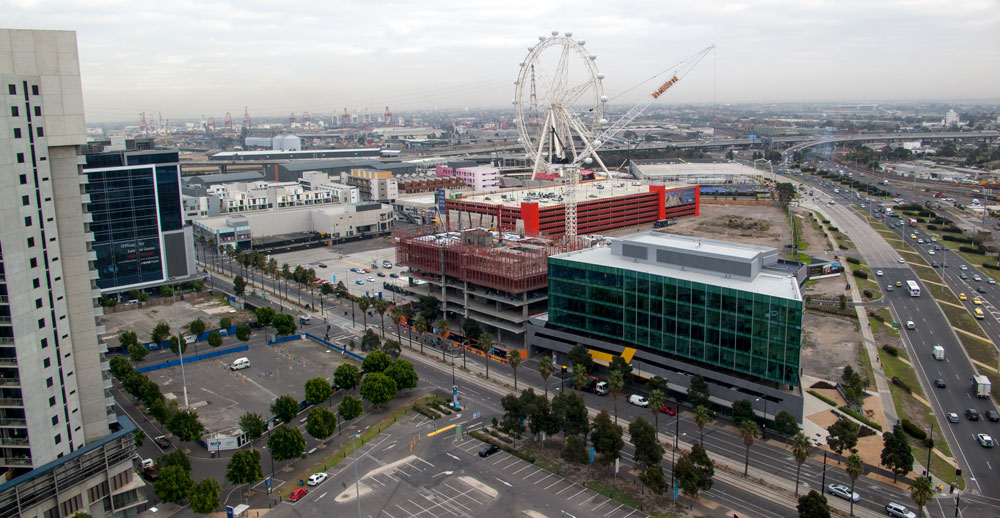 There are also wonderful folly stories. Such as the infamous wheel above. It was launched as the thing for Melbourne tourism. After all, London had a big wheel thing so why shouldn’t Melbourne. It was there for a day or two and then Melbourne had a super hot day over 40 degrees. The heat snapped the metal. The whole thing has now been dismantled.

Some of the inner areas have a wonderful mix of old and new architectural styles crowded together. I fear the developer lobby will win out one day soon and get access to these sites and build more bland box and cheaply rendered stuff.

In the last week there have been a couple of issues raised that should be considered in how the city is judged. Their taxi service is questionable. Now I could say that of many places. But apparently Melbourne carried out test to see how well the new drivers could find destination. They did not do well! Click here.

Then there is a very basic need for any city, large and small. Everyone needs to the natural thing occasionally and get to a toilet. Melbourne is not a city with easy access to toilets. Given that the rail and trams have been privatised, this means the owners do what they can do to raise money and make profits. Toilets are not money-making ventures, so their numbers have been shrinking around the transport stations.

To finish, Melbourne is a great city. I love to wander around and observe it often. I would totally recommend frequent visits and to allocate time to walk around, see the visual arts and travel out to numerous attractions outside the CBD area.

I just do not accept the stupid hype of these marketing strategies and their selective surveys. I also know that climate change is yet to be taken serious and comprehensively by many of the local councils scattered across the city. In the near future as climate issues start to really bit, this city is going to have to change its behaviours.