Residents  take the lead in  planning for their suburbs 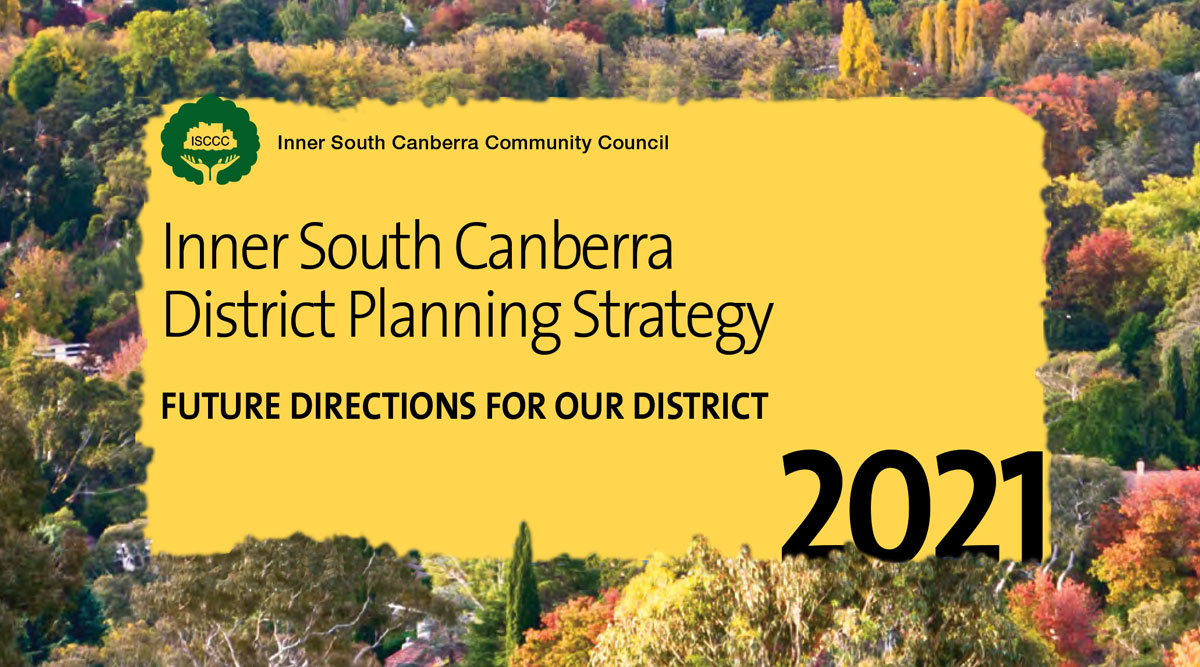 First, a shout out to the hard-working community council volunteers who bring together views of residents and then present these to the government. The latest has just been published by the Inner South Canberra Community Council (ISCCC).

The ISCCC has addressed the ever-present development matters while outlining its aspirations for these established suburbs of this city in a landscape.

While developer-friendly voices carp about how the residents are anti-development, the residents have shown yet again that it is not so. Their suburbs have been under redevelopment for decades and many of the present residents are the beneficiaries of previous planning decisions.

Planning in previous decades used to address issues such as the streetscapes, need for open spaces and playgrounds, the suburban character, local environments, valuing and enhancing biodiversity and adequate community and cultural facilities.

The current Planning Minister and his cohort of bureaucrats seem less interested in such planet and people-friendly matters.

This new ISCCC planning strategy document outlines how the ACT government could deliver against its own published planning strategies while enhancing established suburbs to address the climate and biodiversity issues of this century.

But while the volunteers have been hard at work bringing together the district planning document, other issues have continued to be debated during community council meetings.

Most of the meetings in the last year or so have been conducted using online technologies or at times a hybrid version – with some attending in person and others logging in from wherever they were.

It has meant simply sitting down in front of the screen at home. Another advantage being that while keeping the headphones on, raiding the ice-cream bucket has been an option. Is that a good or bad outcome?

Running such online meetings has presented an advantage for the chair. At one meeting one person would not cease talking although the chair had politely requested several times that the discussion cease so that the meeting could move on to its AGM. The mute button was triggered. Watching the other faces online, it looked as though the action was endorsed and appreciated.

Invariably some attendees do not mute themselves. Home discussions have been aired, someone took a phone call and another was nearby to the washing up being done (clanking of plates and cutlery). Life can be amusing!

Such distractions are part of the fun of having people come together. These occasional incidents have not taken away from the advantages of these online community forums.

While the use of the online meeting format was forced upon the community groups, it has delivered an option that should be adopted for the future.

These online forums – even the hybrid versions – offer members of the community the convenience to tune in, participate or just observe the discussions without leaving home – especially on cold winter nights.

Once the online forum model is more accepted and people made more aware of this option, surely more will become part of these forums.

Better still, this experience presents an opportunity for the chief planner and his ministers to deliver on their statements of improving community involvement and for better community consultations.

Why not fund each of the seven community councils to have a part-time worker? This worker could organise regular forums and consultations on planning issues.

This use of resources would be a welcomed replacement, and a cheaper option, to the resource-heavy workshops run through government-chosen consultants.

The seven community council forum organisers could run the occasional consultations, write their reports and submissions, and organise the special online and hybrid forums.

These funded placements with the community would deliver a higher quality of information to the government on which they could base their planning and urban development decisions.

Is that too much like a democratic approach to getting stuff done? Could be worth a try.

Meanwhile – hopefully the online meetings will continue in 2022.