Welcome to 2022. While there are many things not yet addressed in planning and development by the elder Andrew Barr and his government, there are some tangible programs to do with biodiversity that are waiting to happen.

There is a lot more that should be done to massively increase the city’s biodiversity, assist in keeping the place cooler, provide safe mental spaces and generally improve the aesthetics of the whole city.

In a follow-up piece to this, the topic will be how we could do better with public spaces, roadsides and parklands. This piece is about residential gardens.

According to our recently departed friend, Cedric Bryant, Canberra has some fabulous gardens but the majority of houses don’t have ample gardens – and, therefore, are deficient in the opportunities for biodiversity.

As with most of the country, many homeowners cling to a dominance of lawns with a token array of plants and shrubbery.

Former governments used to encourage more plantings in Canberra through allocations of shrubs and trees from the government nursery. New residents had access to these and this largely influenced the generous plantings in established suburbs. The contrast today is what is approved for new suburbs whereby small blocks have large houses with only a couple of metres at most for gardens.

The lack of care by the planning directorate in how it approves knock down rebuilds in established suburbs has been devastating for the older suburbs. Established plantings continue to be bulldozed with minimal (at best) requirements for equivalent replacements.

Here’s the big ask for 2022 and beyond. The ACT government should take on the leadership role of encouraging an uptake in the household gardens of all suburbs – even those with giant houses and those with apartment towers.

But first a caveat on all this. I am a firm believer in the waste of efforts that people have put into green walls. There have been exceptions, but most of the time these constructions have been a greenwash waste of time and effort.

The concept being suggested is that no matter what the residential conditions, the home environment can be improved where possible with more trees and shrubbery. People in cities much larger than Canberra with a dominance of apartments, have taken the initiative to encourage balcony gardens as well as green spaces and communal gardens between the buildings. 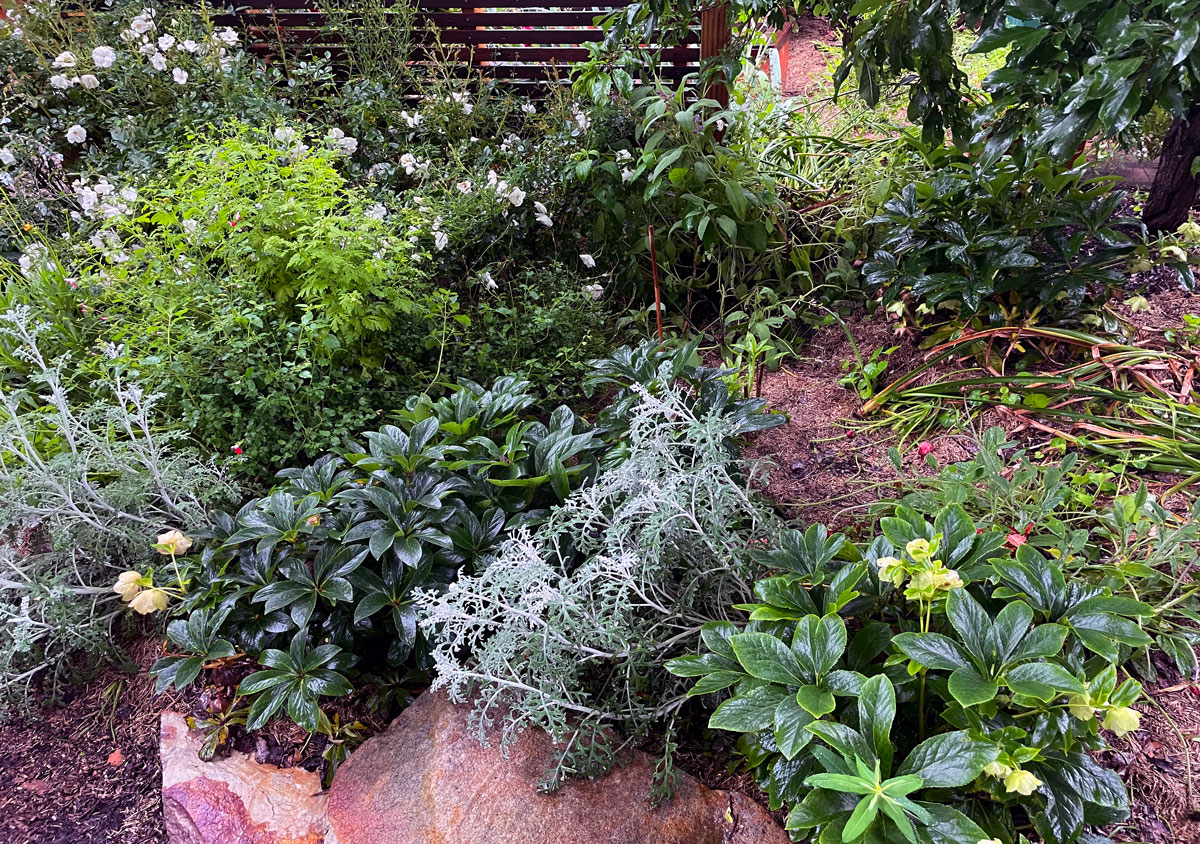 Those in new suburbs with only a metre of two to spare, should be encouraged to be creative and fill those voids with plants of all forms.

As for the suburbs where lawns are mowed regularly, the encouragement should be to have these converted (as much as practical) into lush greenery and meadows of flowers to increase the biodiversity as well as assist with cooling.

Each household should be encouraging more insects, lizards, frogs, bees, geckos and all forms of bird life to take up residence within the household’s greenery.

For those who rent, schemes need to be put in place to have people learn how to grow lush gardens in pots – and take them with them when they go.

There was a house sold recently in Ainslie that had a reasonable amount of greenery – much of it well established. It disappeared almost immediately. This sort of event should not be allowed. There are many more suggestions of what could be done. Not enough space here.

The request is for the establishment of a well-resourced super cell within the bureaucracy to drive a city-wide culture of gardens. The leaders would need to be experienced in getting their hands dirty, know how to encourage a diversity of gardens and to have expertise in the creative side of landscape and garden design.

Dealing with biodiversity and creating climate ready environments requires a whole-of-city approach and commitment to increasing the gardens in all the city’s dwellings.

Canberra is a city in a landscape. Often called The Bush Capital. Given the need for cooling and a diversity of biodiversity, it could be The City of Gardens. Gardens are great!