Location the Filbert Steps between Telegraph Hill Boulevard down to Levi Plaza and the Embarcadero. 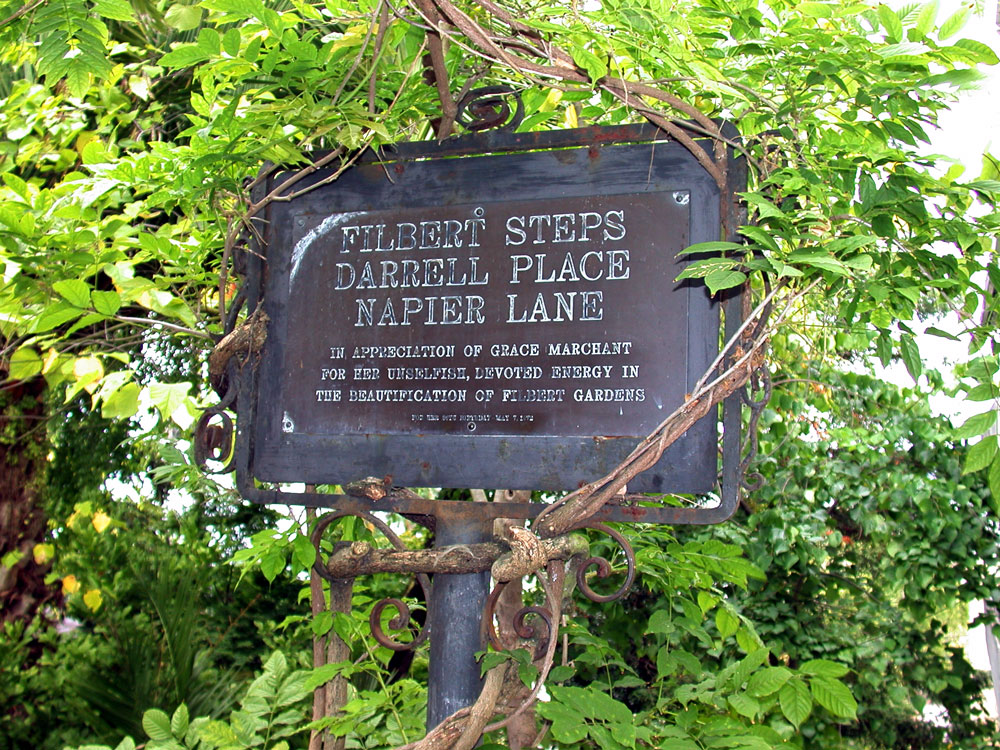 This is a story about local people caring for their own. In the first instance one woman’s determination to make the open space beautiful around her new home. And then a story about the local community who have since stepped in to keep and maintain her legacy, now called the Grace Marchant Garden.

Like many cities, San Francisco has its share of gardens and spaces not normally on the tourist routes. This one I recommend especially if you like a walk. Go to Telegraph Hill and enjoy the wonderful 360 panoramic views (get there by bus) and then walk down the back of the tower to the Telegraph Hill Boulevard and cross the road and there are steps that are the beginning of Filbert Street and the Grace Marchant Garden. Above and below are the Coit Tower on Telegraph Hill and then two of the many views. Highly recommended to gain a view of San Francisco Bay areas, depending on the fog. 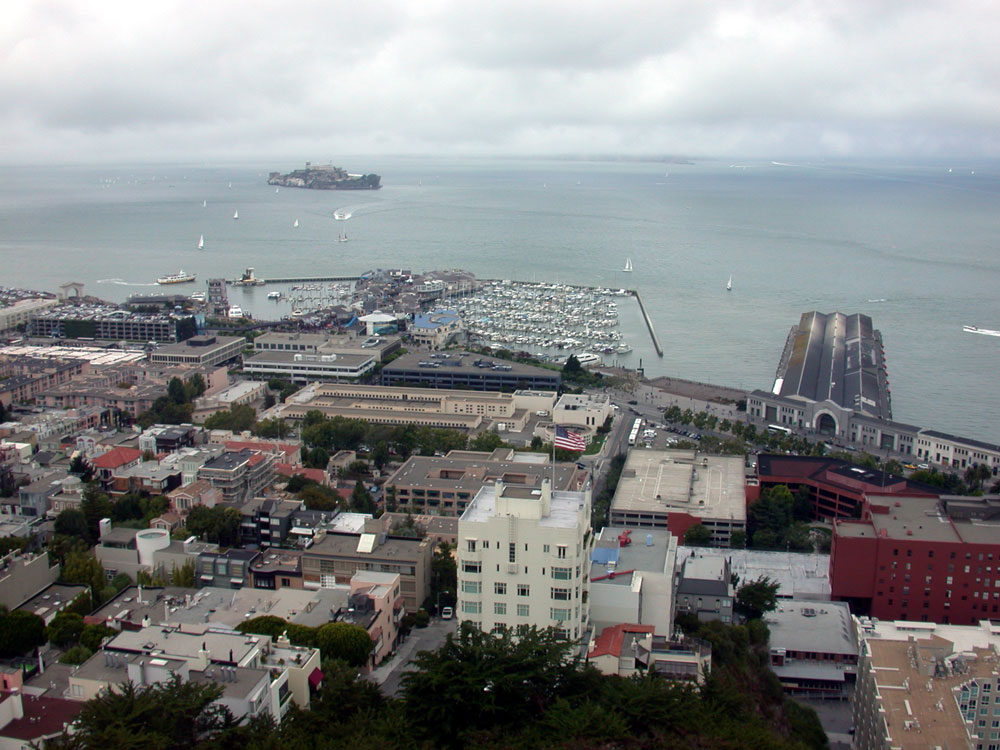 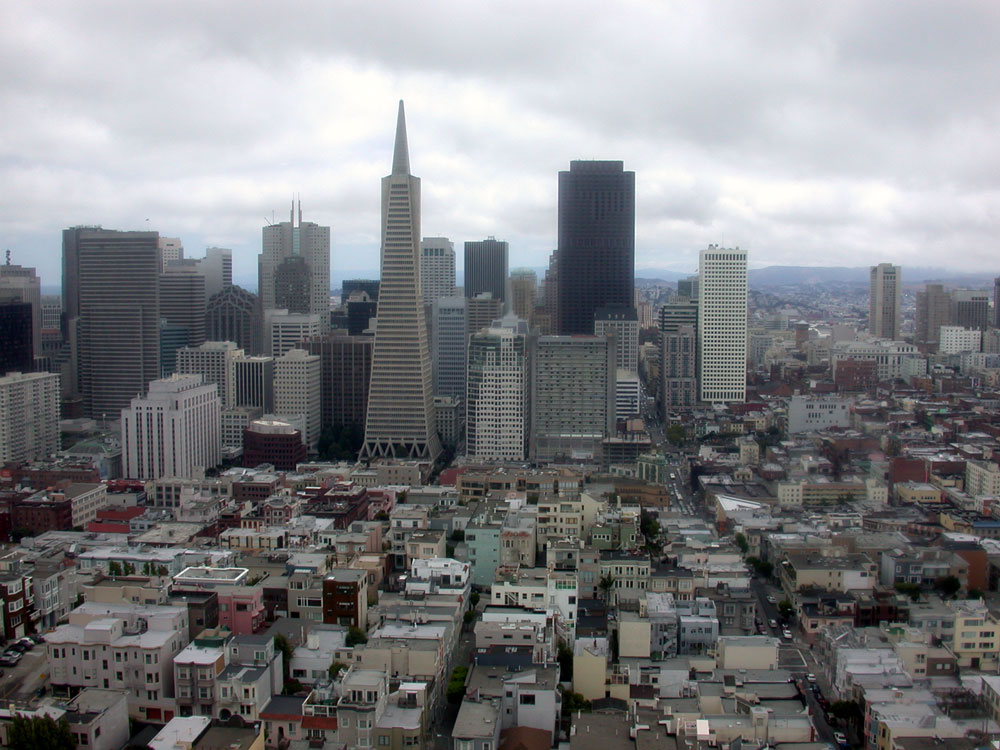 Some background: Back in 1949 Grace Marchant moved into the corner of Napier Lane and Filbert Street. Filbert Street is a walkway down the hill. It is a set of steps, mostly wooden. When Grace move in it was a pathway between all the rubbish that was being dumped there.

Grace took it on herself to clean the place up, eventually got permission to burn off the heaps of rubbish (took three days to burn), and then set to make the area a linear garden.

The problem being that while planting pink roses, purple delphiniums, yellow banana plants, and red Japanese maples, and attracting some parrots, she did not pay attention to private property boundaries. The gardens were regarded as a gift from this wonderful woman. Eventually some of the owners began to sell. This prompted community action to raise the funds and to buy any land up for sale. This was a success to the extent that they had the funds also to establish a trust.

Here’s my brief photo-essay of the walk. Coming of Telegraph Hill Boulevard at the top. Heading down to Montgomery Street. 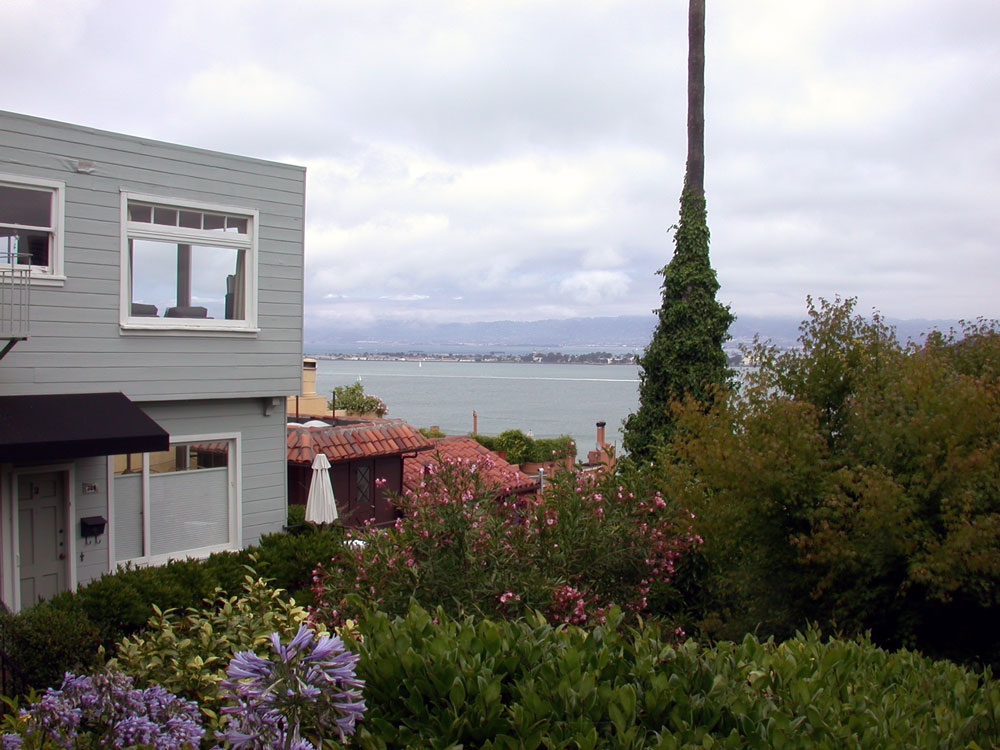 Just one of the many views that you take in as you descend. 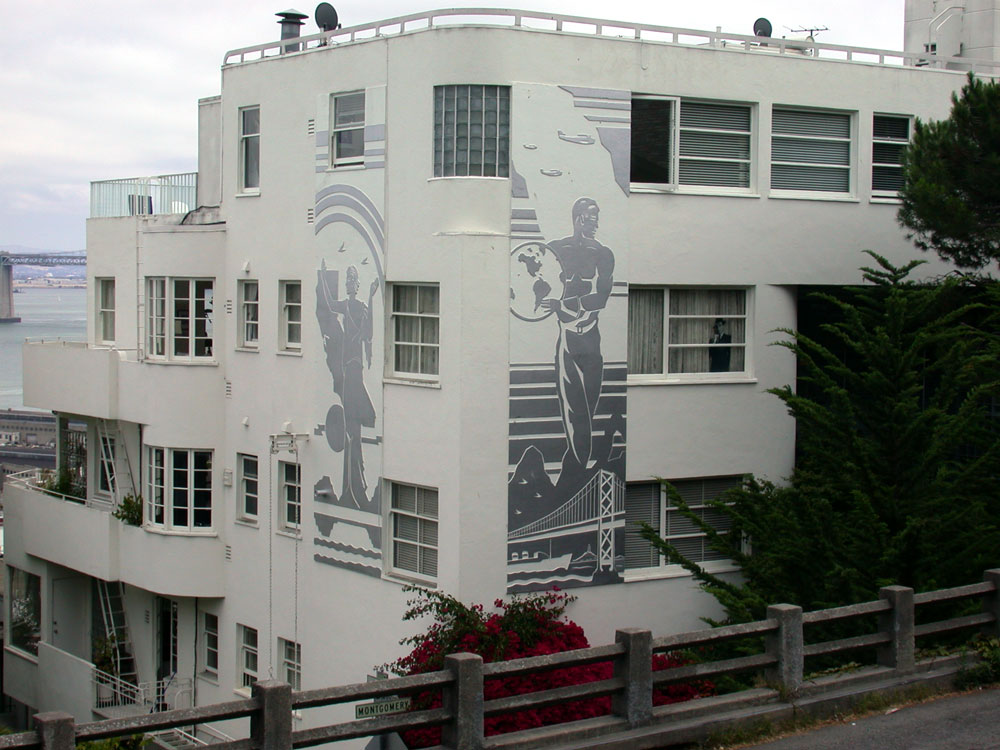 An apartment on Montgomery Street as you cross over to the next stage of descending. 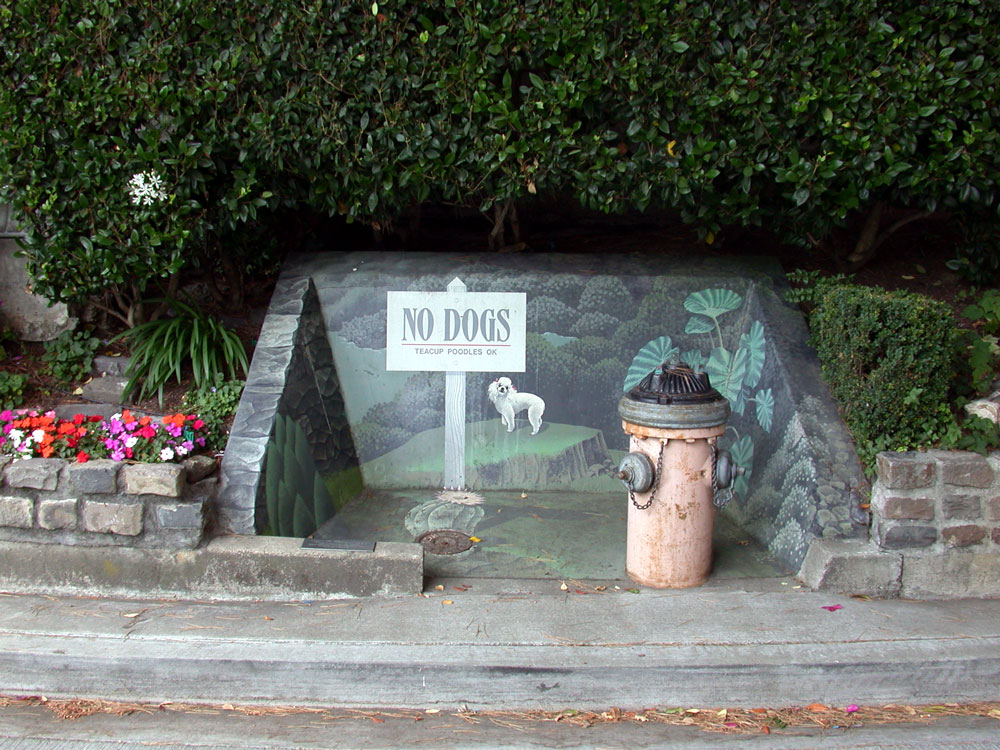 One of the lanes that cross as you descend. These are wooden platform lanes that link to the houses. This means all the residents have to carry everything down (or up) Filbert Street Steps. Heading down – the gardens are very well looked after. The locals are doing a fantastic job. 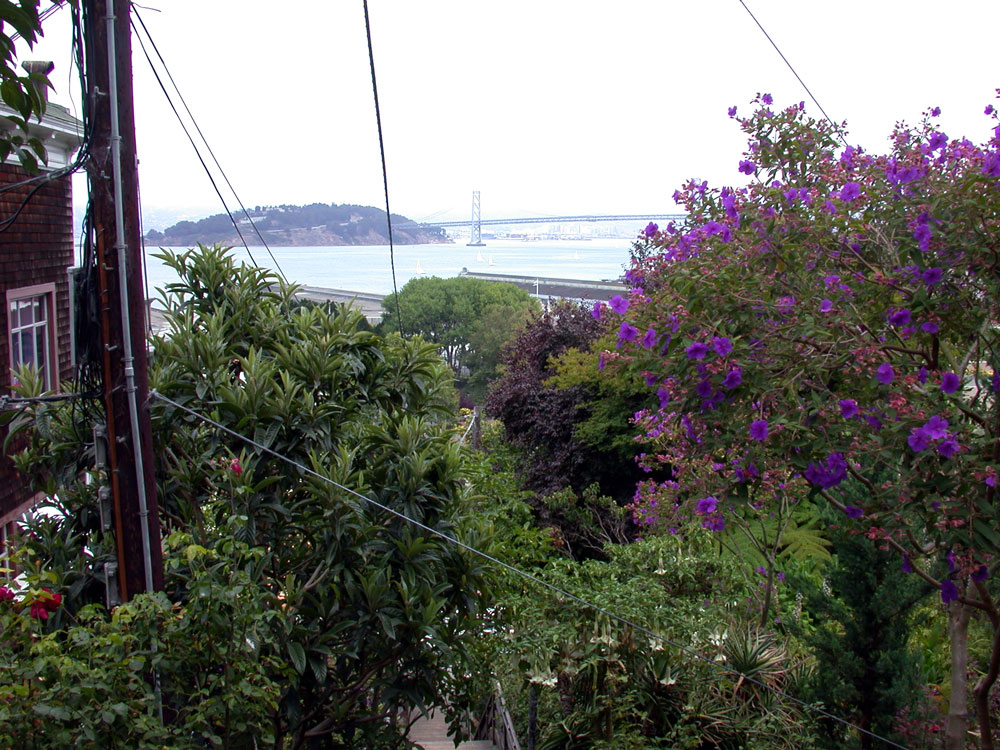 Crossing Napier Lane and heading down. 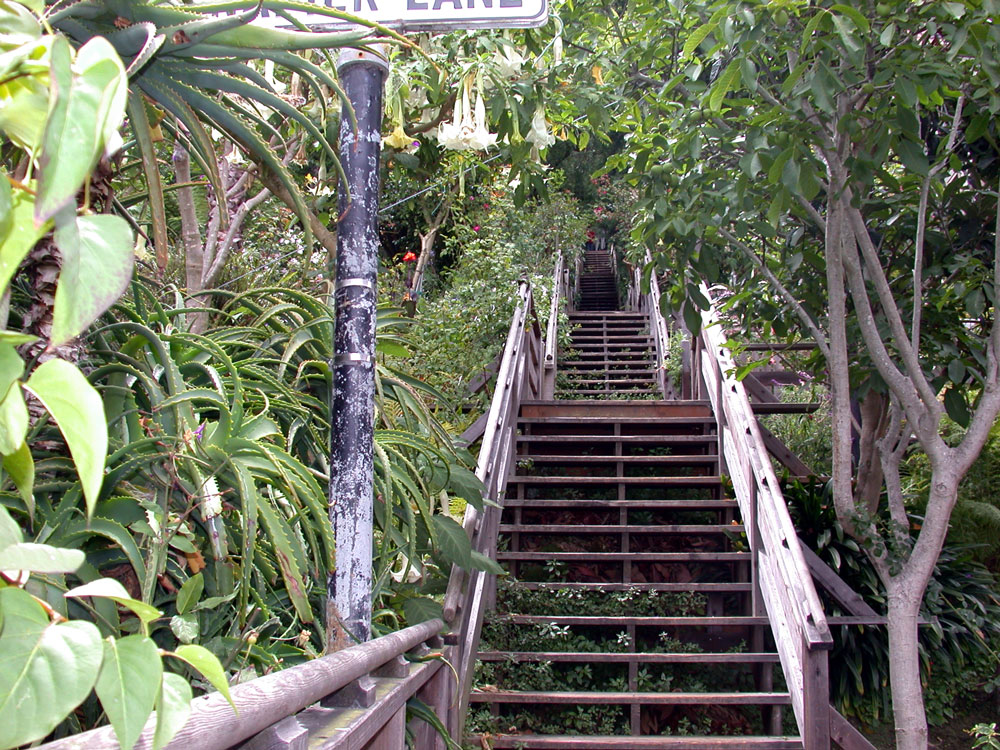 Looking back up from Napier Lane. Looking down and across the Levi Plaza.

Down at last – and looking back up.

You will notice in my heading, I say down to Levi Plaza. It is 240 steps and very steep on the last part. So I recommend the climb down rather than up.

From the Levi Plaza you can enjoy the Embarcadero, catch the ferry  to somewhere else, or a bus in either direction or walk back to the city with many more sights along the way.

Here’s a link to a set of images both current and historic – click here.

and a link from the Trust for Public Land – click here.

and just to finish off, here’s a few on Levi Plaza. Very different landscape design. 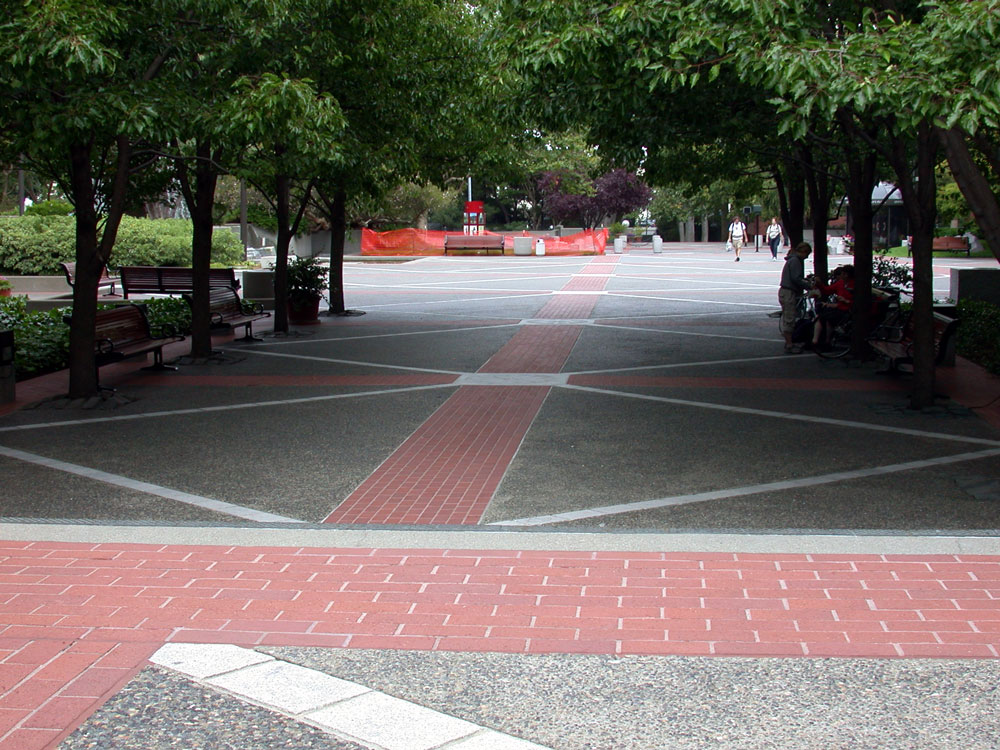 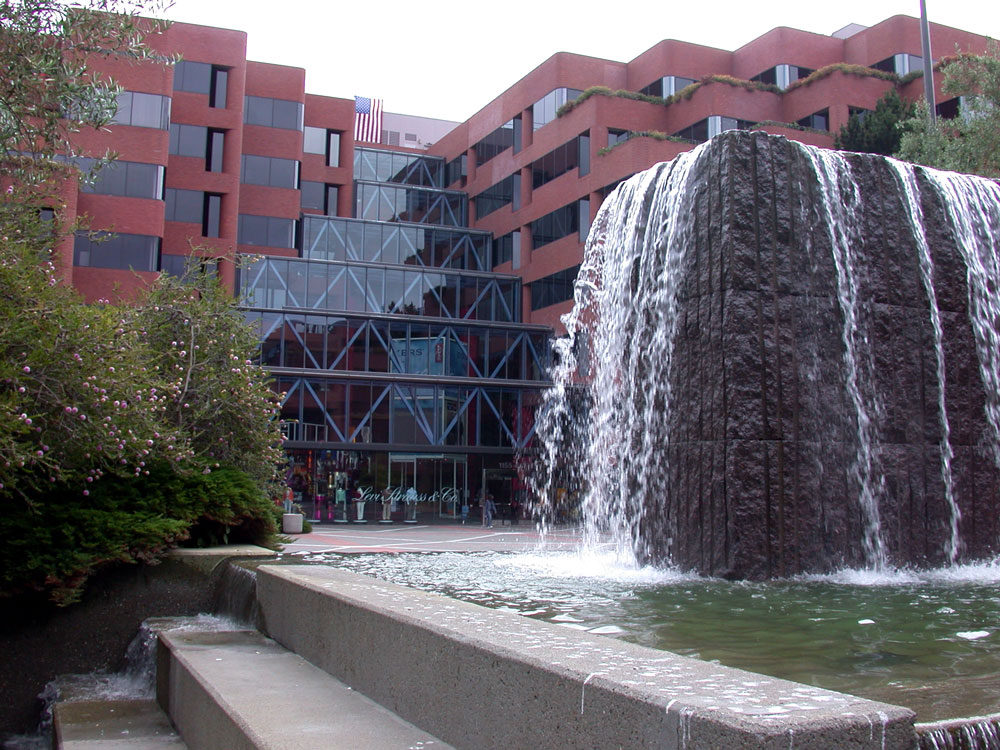 These next two from the Levi Plaza webpage

Recommendation: This whole walk from to the bottom is totally recommended.