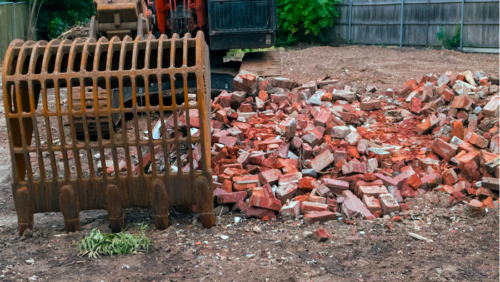 With the Planning Directorate having lost the debate and all credibility about reforming ACT’s planning systems, its communications sections have been seeding articles to both distract from the real issues or to shift the debate on to safer topics.

The issues high on the agenda for residents is that planning decisions are ad hoc, that suburban master plans are no longer undertaken, that residents spend heaps of time on submissions and workshops but their opinions are misrepresented and devalued, that issues such as heritage, climate change, biodiversity and design are treated as optional matters.

Yes, they get mentioned in glossy documents, but what development delivers is a completely different matter.

People in Canberra would hope that the ABC would fact check what people they interviewed were saying.

When the boss of Geocon was quoted in the piece, it was his usual spin about how wonderful his towers are for Canberra. This was a classic example of a reporter accepting without question the developer’s propaganda.

The reporter should have asked for evidence that tower living is what people really want. The answer is in the government’s own surveys – now not easily found. About 80 per cent or more people surveyed would like to live in stand-alone dwellings or at least in smaller townhouse developments.

Also given the hot topics of the day, the reporter could have asked the developer how tower living assists with dealing with climate change, where are the community facilities, where are the parks and greenery, and what efforts were put into making the towers architecturally interesting – and not versions of the same bland box stuff.

Given how many towers now have to be locked down because of the pandemic, do developers consider that living in towers assists or hinders resident’s efforts to mitigate the spread of the virus?

The other worrying part of this ABC article was the use of the expert from the ANU. One would assume that this person was an expert on urban planning in Canberra (I could not find this in her research listing online).

The expert commenced by insulting locals by calling them NIMBYs. I would suggest that opinion would fail academic peer-review processes.

Then there was this: “Canberra is like the size of a regional town, but we’re a capital city”.

So which country town was being used for comparison? Canberra is about 460,000 and growing – a population matching many international cities.

This disingenuous country town comparison is consistently put about by developers and ACT planning bureaucrats. It is pure bunkum and offensive to the collective intelligence of the city. This misleading statement should not be expected of someone who understands the use of facts, evidence and demographics.

And to add to the insult was this: “We can’t afford to remain like we have for the last 50 years. We need to change”.

Fifty years would take us back to 1971. Is there anyone out there who has lived in Canberra since then that believes that the city has not grown up and has not changed dramatically? One wonders what evidence was used for this simplistic statement.

Residents know the city is changing but would like the changes to have a positive effect on the city within a landscape – the capital city that the country used to be proud of.

Residents are looking for real and transparent planning to underpin urban design decisions and for good design, and environmental issues to guide the architecture of the future. Residents are frustrated by the lack of leadership in planning matters and the complete misuse of the government’s consultation processes.

The ABC article was nominally about population growth. The reality was that much of it was about how development that suits developers should be not questioned by residents.

While population growth needs to be debated, I doubt there’s much this Labor/Greens coalition government could be doing to stop people procreating.

The city will be growing no matter how many times bureaucrats present papers at in-house seminars. The question is: can we have some intelligent and creative leadership in how it is to happen?

What that ABC article signalled is how easy it is to be enlisted to publish the propaganda used by developers and their supporters to justify the mess they are making of the city.

That’s not my ABC!