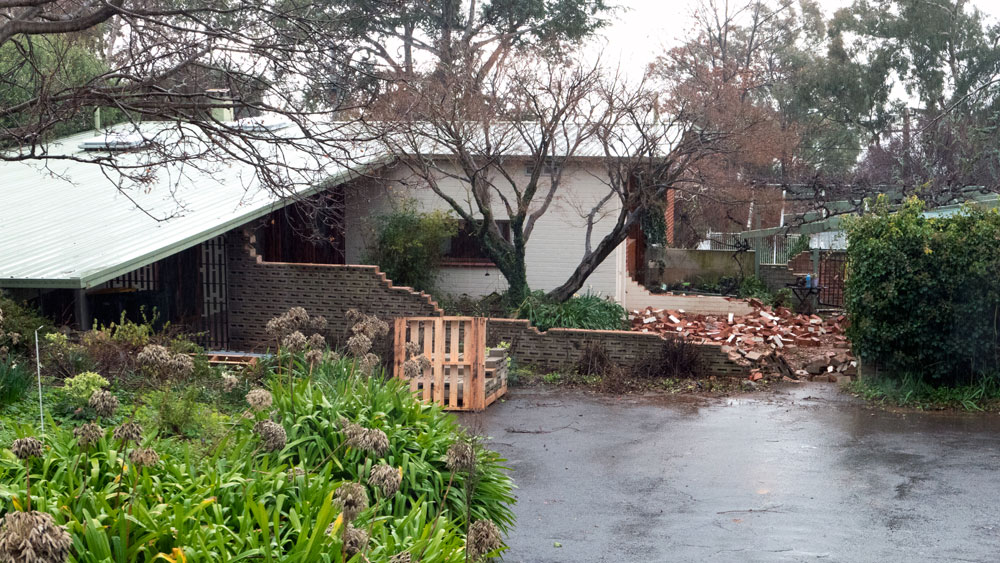 Another mid-century home, designed by an honoured designer, gone!

This was the fate of the house at 22 Brockman Street, Narrabundah. This loss is a sad reflection on the city that should be expected to embrace and maintain its heritage. It does not do so well.

The lack of decent governance and political competence goes back a decade or two. It probably went bad when, in 2007, the planning portfolio landed in the hands of Andrew Barr.

Even though he has not held the planning portfolio since 2011, his style of planning being sidelined for development has now become the norm. Since 2014, Mick Gentleman has been Barr’s Planning Minister.

These issues are not new.

They continue to have adverse effects on heritage decisions and the capacity for politicians to do something real about heritage.

There are multiple lessons from this episode. It is a case study that identifies the multi-layered problems within the ACT Labor/Greens coalition government and allied heritage bodies.

Given the general hands-off approach by Gentleman, the general experience is that Barr, now as Chief Minister, drives the operations of the Planning and Development portfolios and within that heritage is a definite loser.

Secondly, the ACT Heritage Council has a mixed record of being in the front line to support heritage. I do not know of anyone who has faith in this present committee and who thinks that it has enough local and appropriate expertise. The head of the Planning directorate is said to sit in on most meetings of the Heritage Council.

The government clings to the myth that the Heritage Council is an independent body, despite it being linked to the Planning directorate and obviously “watched” closely by its CEO – who is also the chief planner (this town loves these conflicting positions).

When the Heritage Council considered the fate of 22 Brockman Street, it was obviously too late. The Planning directorate had approved the demolition and given it the questionable status of being DA exempt. This means that the rest of us did not need to know what was happening. Can you imagine this particular Heritage Council going against any decision of the Planning directorate?

When people saw what was happening, a few lines of request were followed up – most of which led back to the Heritage Council and, ultimately, the ACT Heritage Minister, Rebecca Vassarotti, an ACT Greens MLA.

Many had fingers crossed that this Greens Minister would be a great improvement on the former Heritage Minister, Mick Gentleman. There’s not a lot to be said about his time in the portfolio.

When the current Heritage Minister responded via her communications adviser, that there was little she could do, as she could not intervene in the workings of the independence of the Heritage Council (don’t laugh), people had their answer to her approach to heritage matters, no matter how urgent.

She is sitting on the fence as the ACT Greens often do when matters of importance confront the city. So why is she the ACT’s Heritage Minister? Obviously to be enthusiastic. Feel better for that?

Despite all that, the biggest issue is the lack of listings for Canberra’s mid-century buildings and residences.

This needs to be a top priority and then those listed are subject to a quick and dirty heritage assessment.

I am aware that the ACT National Trust is on the case, but such an initiative should be embraced urgently by the ACT government. A job for the minister?

There are many cynics in this town who do not recognise heritage. They were brought out to support the West Basin development. Here’s another job for the ACT Minister for Heritage.

By all means be enthusiastic, but do something real to get the general population on board with heritage.

Please let there be no more losses such as 22 Brockman Street.